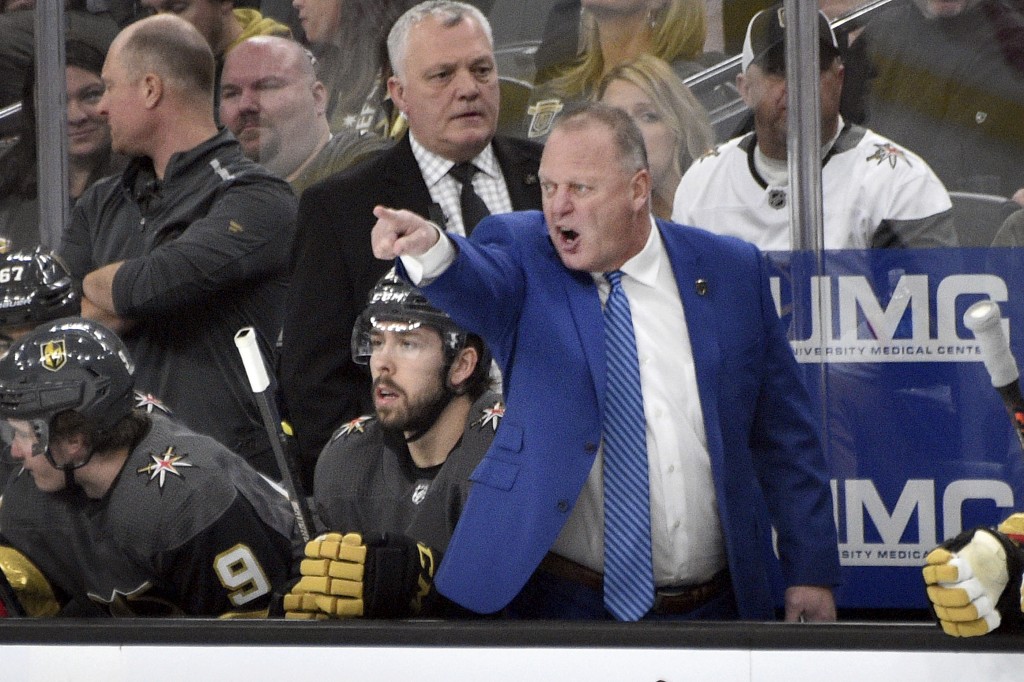 The Vegas Golden Knights fired former NHL coach of the year Gerard Gallant on Wednesday amid a four-game losing streak and replaced him with Peter DeBoer.

General manager Kelly McCrimmon announced the stunning change the morning after a 4-2 loss to Buffalo dropped Vegas out of a playoff position in the Western Conference. McCrimmon said the team “is capable of more than we have demonstrated this season.”

Gallant was fired less than two years after winning the Jack Adams Award as NHL coach of the year. He led the Golden Knights to the Stanley Cup Final in their first season of existence and presided over a playoff team last year.

Gallant is the seventh NHL coach to lose his job this season and fifth for performance reasons.

DeBoer takes over in Vegas a month after being fired by the rival San Jose Sharks. DeBoer, who Gallant once called a “clown,” is the permanent replacement with no interim designation.

Vegas is 24-19-6 and sits just outside a playoff spot in the West. The Golden Knights next play Thursday night at Ottawa.