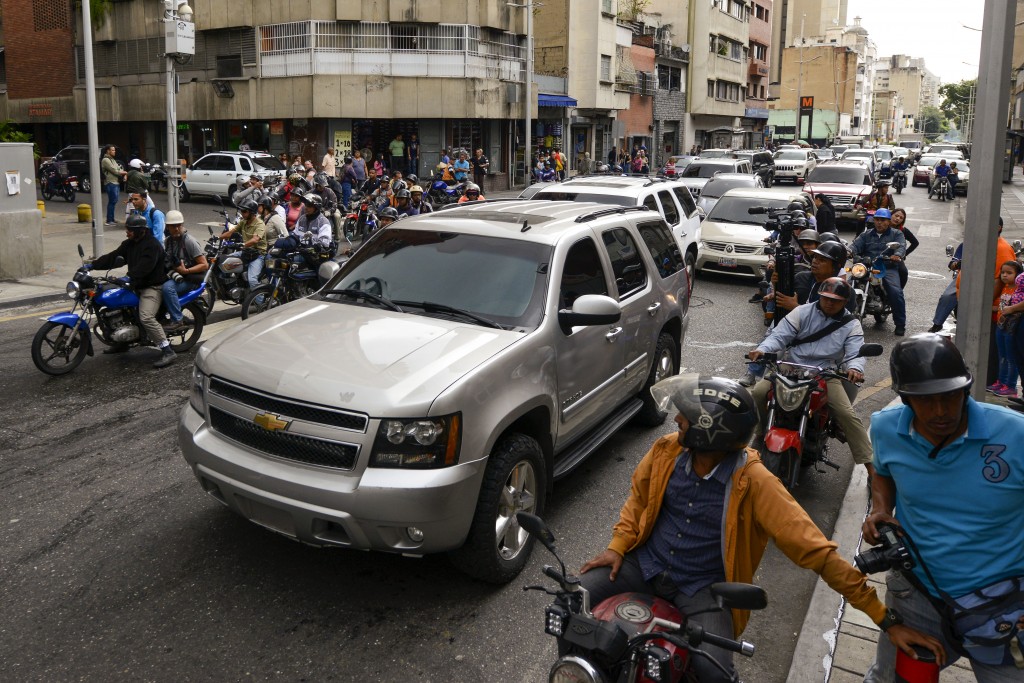 The caravan of cars carrying the deputies dodged through downtown streets attempting to reach the legislative chamber, but ultimately failed. A video taken from inside one of the SUV's showed people on the street dressed in civilian clothes striking the rear window, shattering it.

The incident was part of a struggle for control of the opposition-controlled National Assembly and Venezuela as a whole, a nation suffering economic and social collapse.

Opposition leader Juan Guaidó was also blocked early this month in a failed attempt to prevent the assembly from reelecting him in as its head. As National Assembly leader, Guaidó has led an internationally backed campaign to oust socialist President Nicolás Maduro.

Guaidó, 36, is backed by the United States and more than 50 other nations that consider Maduro's presidency illegitimate.