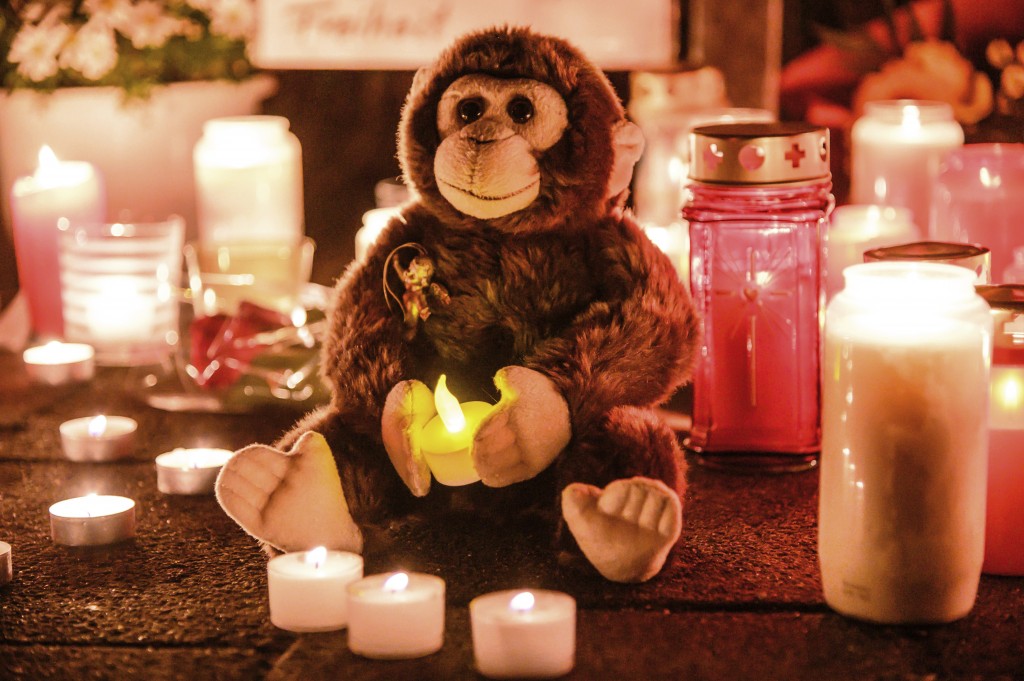 BERLIN (AP) — German authorities say a gorilla that was seriously injured in a zoo fire at New Year's had to be shot dead by a police officer after vets were unable to euthanize it.

The dpa news agency said Wednesday that an official report detailed the previously unreported drama in the wake of the blaze at Krefeld zoo earlier this month.

The interior ministry of North Rhine-Westphalia state said rescuers searching through the charred remains of the primate house on New Year's Day found two animals still alive: the gorilla and a female orangutan.

Vets were able to euthanize the orangutan but struggled to do so with the gorilla. After getting permission from a senior officer, a 34-year-old police officer killed the gorilla with shots from his submachine gun.

Investigators believe the fire which killed dozens of animals was caused by airborne lanterns that were released by three women celebrating the new year. The lanterns, which are illegal to use in Germany, had inadvertently landed in the zoo.