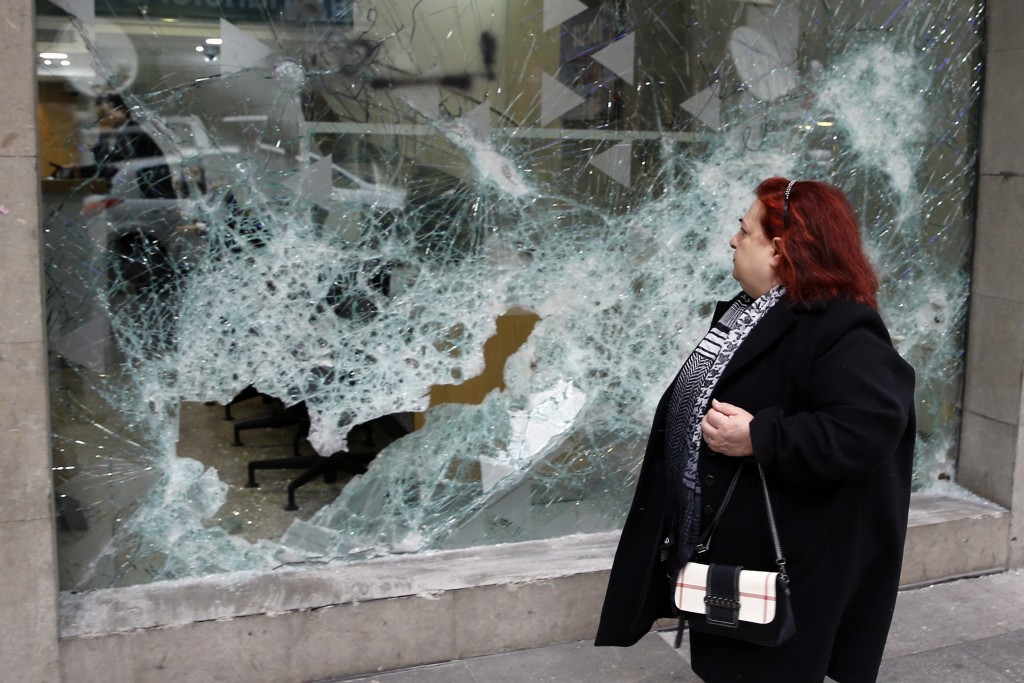 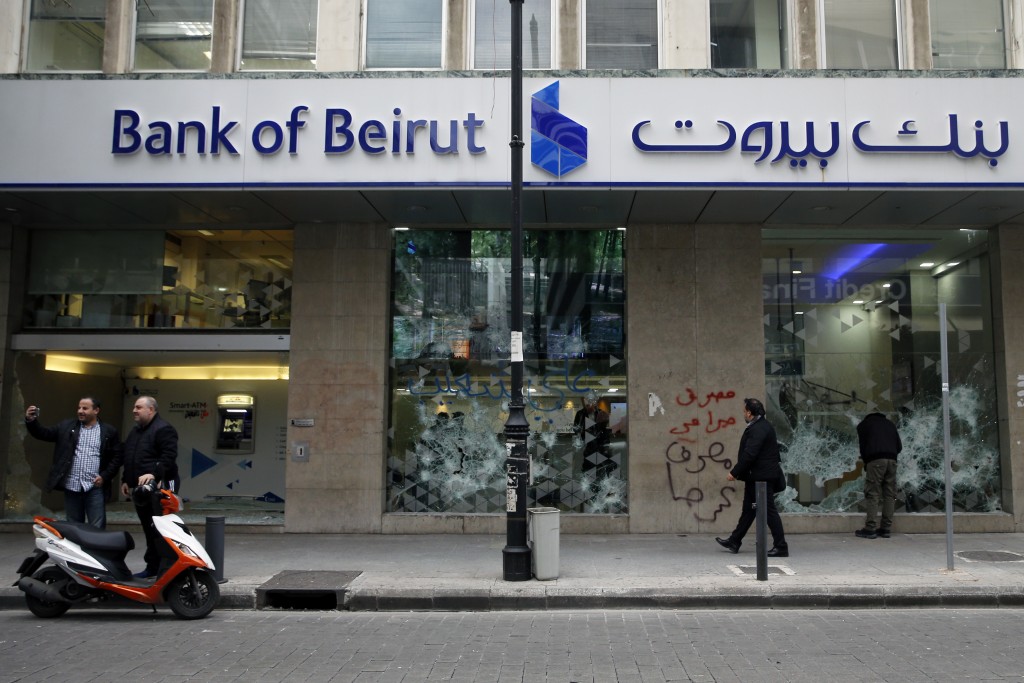 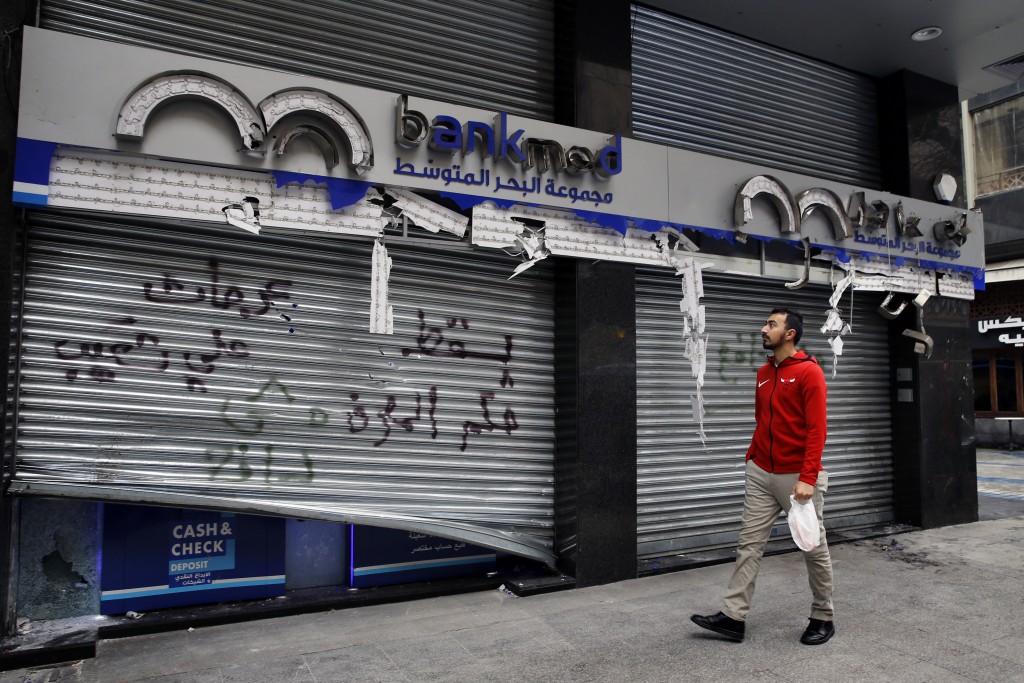 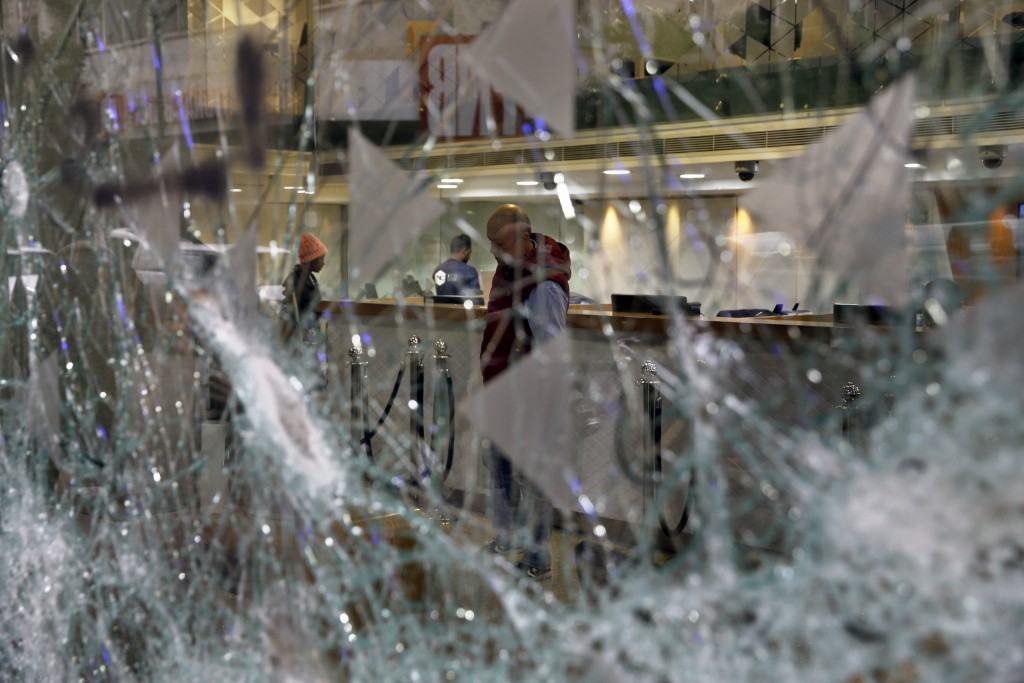 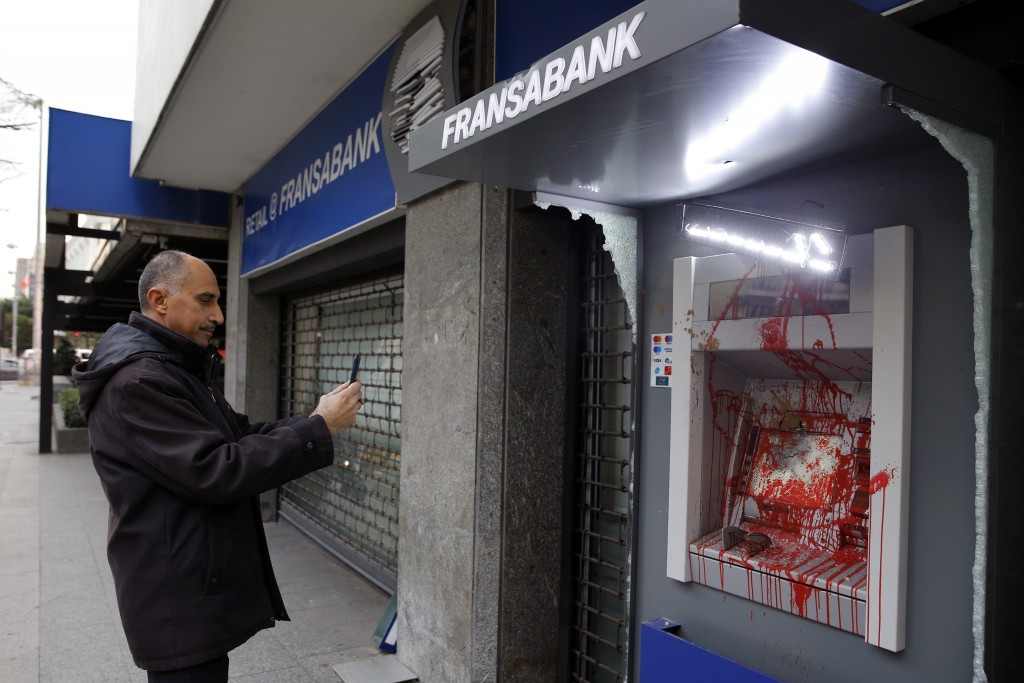 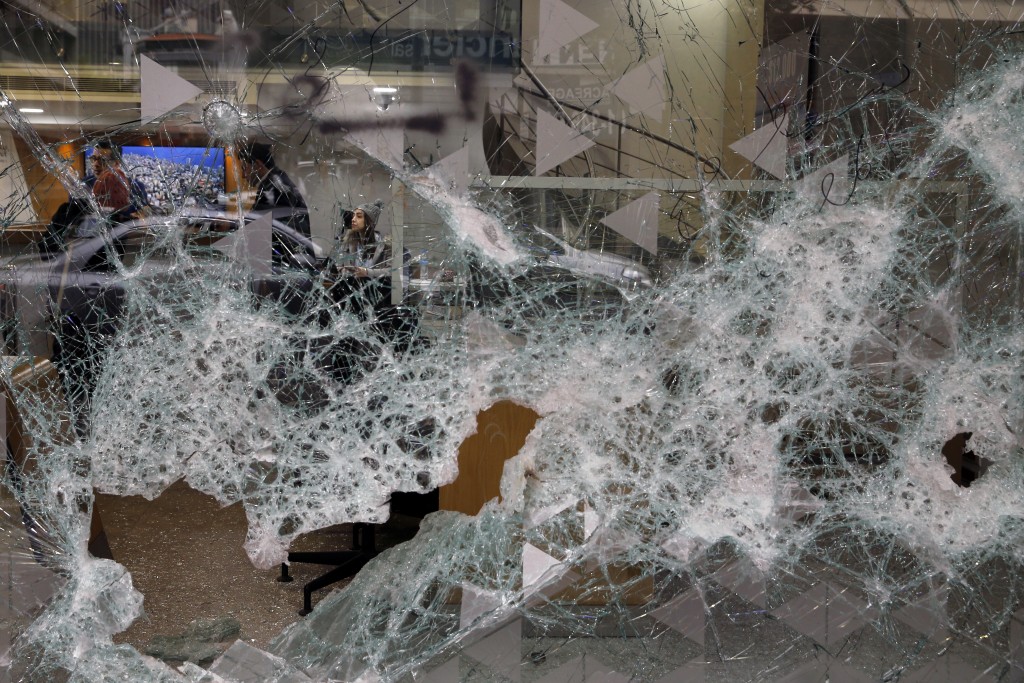 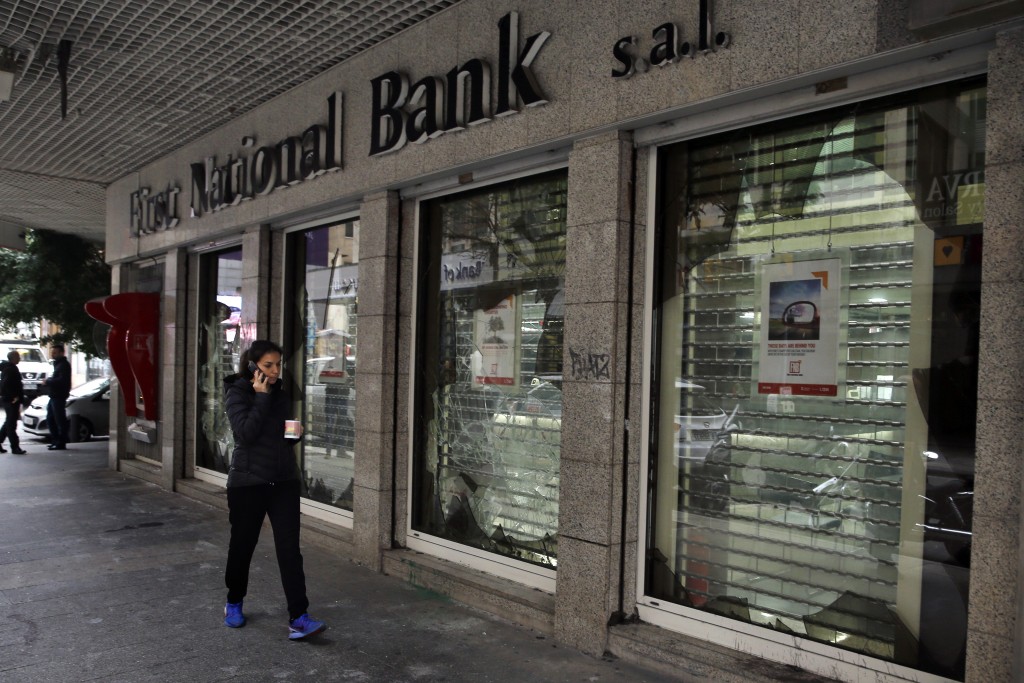 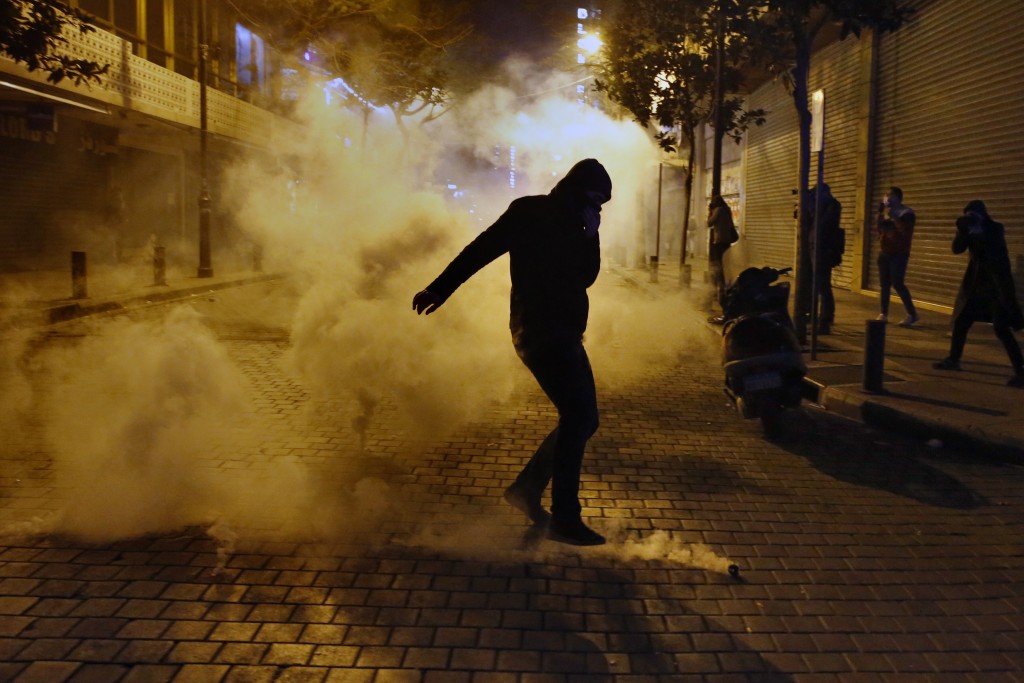 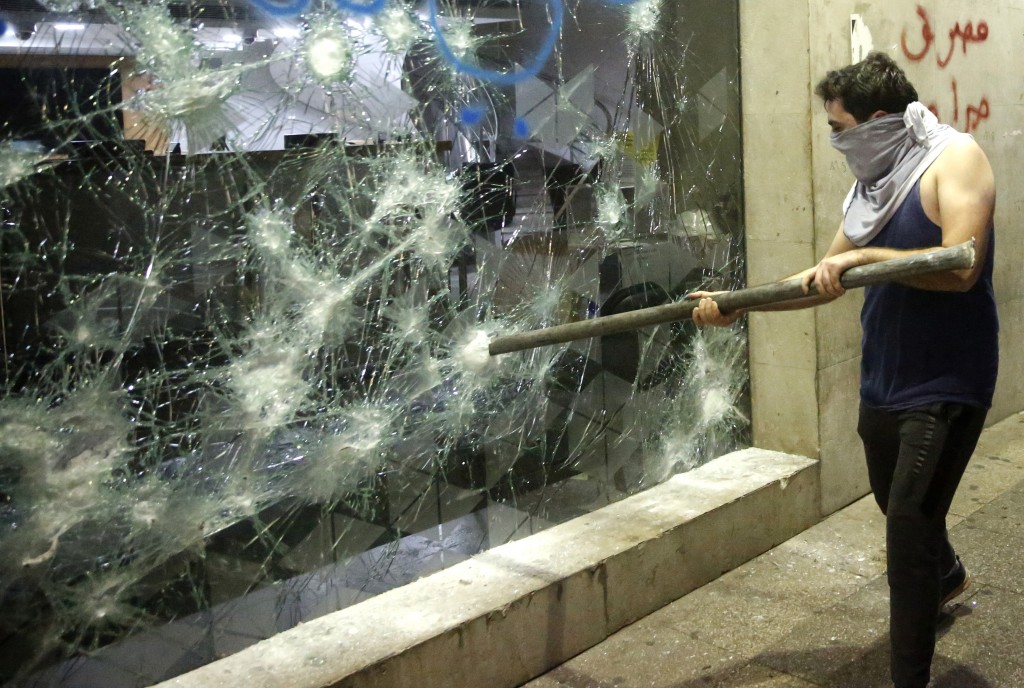 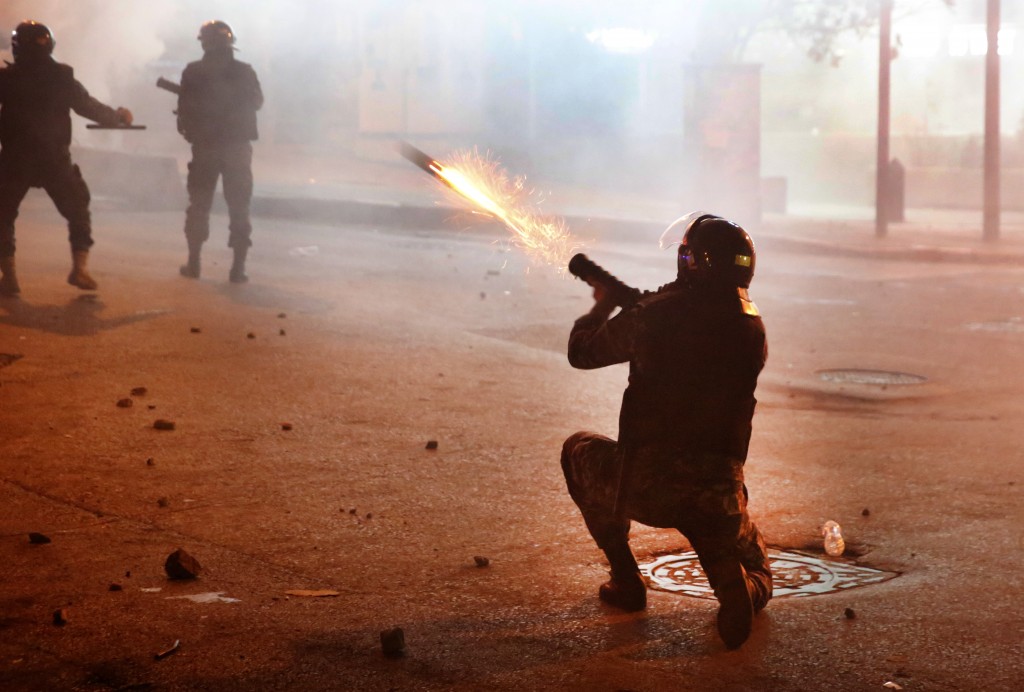 Earlier on Tuesday, protesters rallied outside the central bank in the bustling Hamra neighborhood, denouncing the bank governor and policies they say have only deepened the country's financial woes.

The rally turned violent as protesters tried to push their way through the security forces deployed outside the bank. In over five hours of pitched street battles, security forces lobbed volleys of tear gas at the protesters, who responded with rocks and firecrackers.

Some protesters, using metal bars and sticks, smashed windows on commercial banks and foreign exchange bureaus nearby. The clashes marked an end to a lull in the three-months-long protests.

Lebanon is facing its worst economic troubles in decades. One of the most highly indebted countries in the world, it imports almost all basic goods but foreign currency sources have dried up. The local currency has lost over 60% of its value — dropping for the first time in nearly three decades from a fixed rate of 1,507 pounds to the dollar to 2,400 in just the past few weeks.

In three months of protests, this was the first time the commercial center of Beirut had become the scene of clashes. The area, which is also home to theaters and restaurants, was left deserted except for protesters, police and smoke from the tear gas.

Traffic resumed Wednesday and shops and banks reopened as pavements were cleared of smashes glass.

Outgoing Prime Minister Saad Hariri, who resigned shortly after the protests first began in mid-October, said the violence in Hamra was “unacceptable" and an aggression on the heart of the capital. He urged for an investigation. A new prime minister designate was named in December but has still been unable to form a new government.