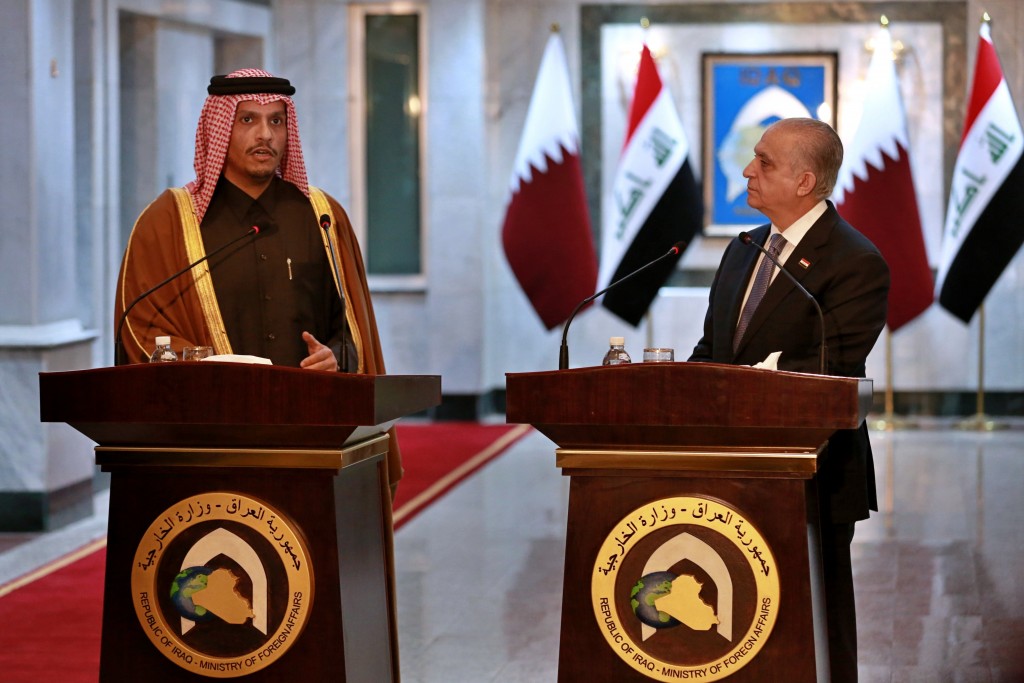 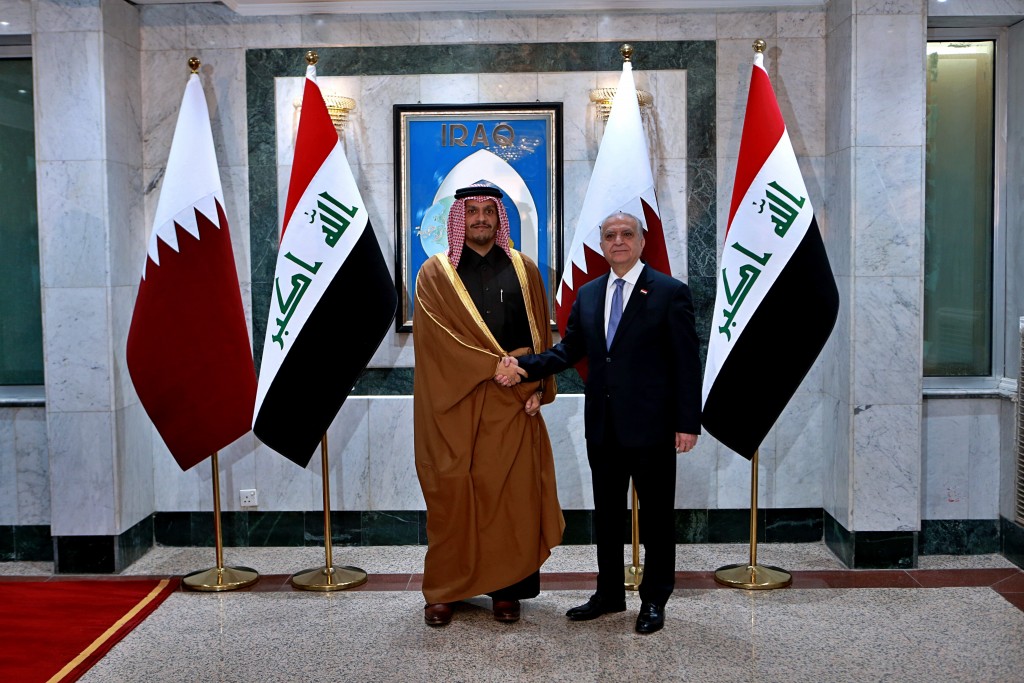 BAGHDAD (AP) — Qatar is seeking to play a mediating role amid escalating tensions following a U.S. drone strike that killed a top Iranian general in Iraq and brought the region to the brink of an all-out war involving Washington and Tehran, the Qatari foreign minister said Wednesday.

“Qatar, together with some friendly countries, is trying to decrease tensions. We have made international contacts for more consultations with our brotherly and sisterly countries,” al-Thani said in a joint press conference with Iraq's Foreign Affairs Minister Mohammed al-Hakim. “Today we see signs of decreased tensions and we hope this will continue.”

“We discussed ways of decreasing tensions in our region and we have our common efforts and joint efforts together with our friends in Iran and America and our talks,” said al-Hakim. “Our talks concentrated on Iraq not being a scene for fighting.”

Tension soared following a U.S. drone strike early this month that killed a top Iranian general, Qassem Soleimani, and senior Iraq milita commander Abu Mahdi al-Muhandis. Iran retaliated by firing a barrage of missiles that hit two bases in Iraq where American troops are based, but caused no casualties. Tensions soared further after Iran, just hours following the missile attacks, mistakenly shot down an Ukrainian passenger plane that had taken off from Tehran, killing all 176 people on board.