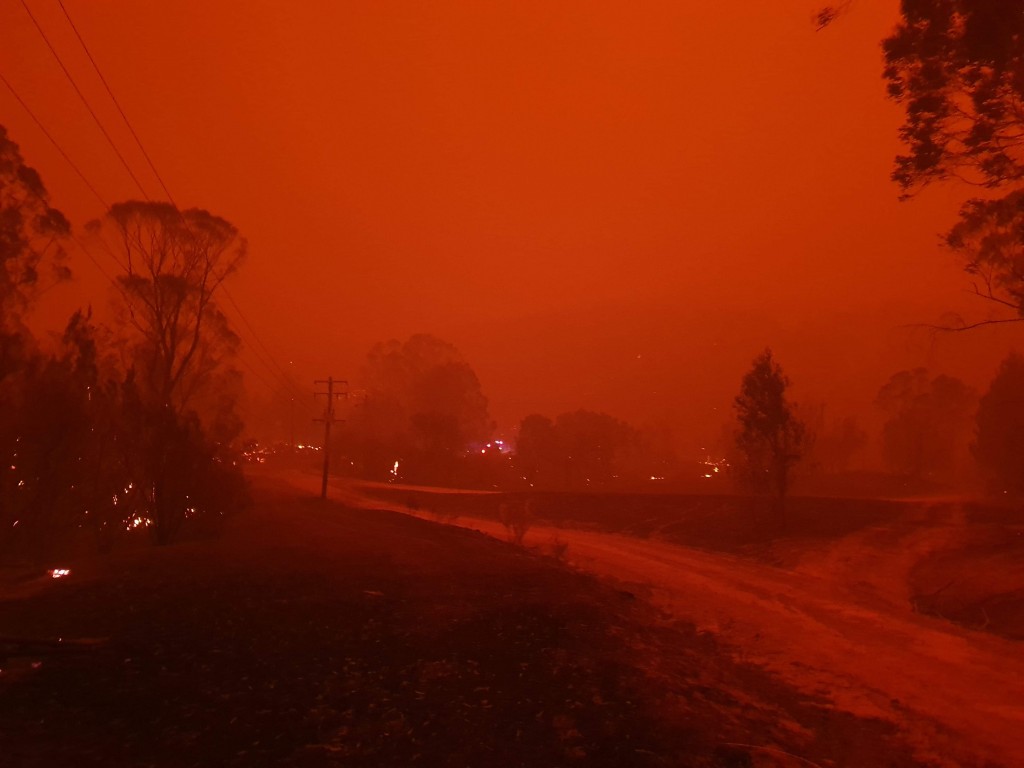 Citing a survey of hundreds of key decision-makers, the WEF sounded the alarm bell on potentially catastrophic challenges like the climate crisis and the extinction of animal species. The concerns are especially acute, it added, at a time of growing international division, evident in the trade tensions between the United States and China.

“The political landscape is polarized, sea levels are rising and climate fires are burning," said Borge Brende, president of the World Economic Forum.

“This is the year when world leaders must work with all sectors of society to repair and reinvigorate our systems of cooperation, not just for short-term benefit but for tackling our deep-rooted risks.”

For the first time in the survey's 10-year history, environmental issues were the top five risks in the long-term outlook. They came ahead of other worries such as cyberattacks, recession and nuclear proliferation. For 2020, geopolitical turmoil is the biggest concern.

It's a development that highlights how much issues related to climate change have surged up the agenda, particularly in the past year, amid the campaigning efforts of the likes of Swedish teen activist Greta Thunberg and the Extinction Rebellion group.

The biggest risk identified by 750 global experts and decision-makers questioned in the Global Risks Report 2020 was the possibility of extreme weather events, such as floods or storms. The other four risks were the failure to properly plan for climate change, man-made environmental disasters such as oil spills, major biodiversity loss and the associated collapse of the ecosystem, and finally natural disasters such as earthquakes or tsunamis.

“There is mounting pressure on companies from investors, regulators, customers, and employees to demonstrate their resilience to rising climate volatility," said John Drzik, chairman of Marsh & McLennan Insights, which along with Zurich Insurance Group helped the WEF compile the report.

"High profile events, like recent wildfires in Australia and California, are adding pressure on companies to take action on climate risk at a time when they also face greater geopolitical and cyber risk challenges.”

Though there's been a shift toward populist and nationalist politics around the world, Drzik said there is “mounting pressure" on companies to tackle climate issues from its stakeholders, whether they be customers, employees or investors.

That was highlighted this week when BlackRock CEO Laurence Fink said his firm, which manages some $7 trillion for investors, will put climate change and sustainability at the center of its investing approach.

“When your stakeholders align, I think there is an impact on CEOs whatever their underlying philosophy ... As pressure mounts, you get more of a response," Drzik said.

The annual gathering of the business and political elites in Davos can help in that process, he said, as it assembles "the influencers from the sectors that have to work together.”

U.S. President Donald Trump, who has taken a more unilateralist approach to international issues than his predecessors, is scheduled to turn up at Davos and deliver a speech as well as meet business leaders.