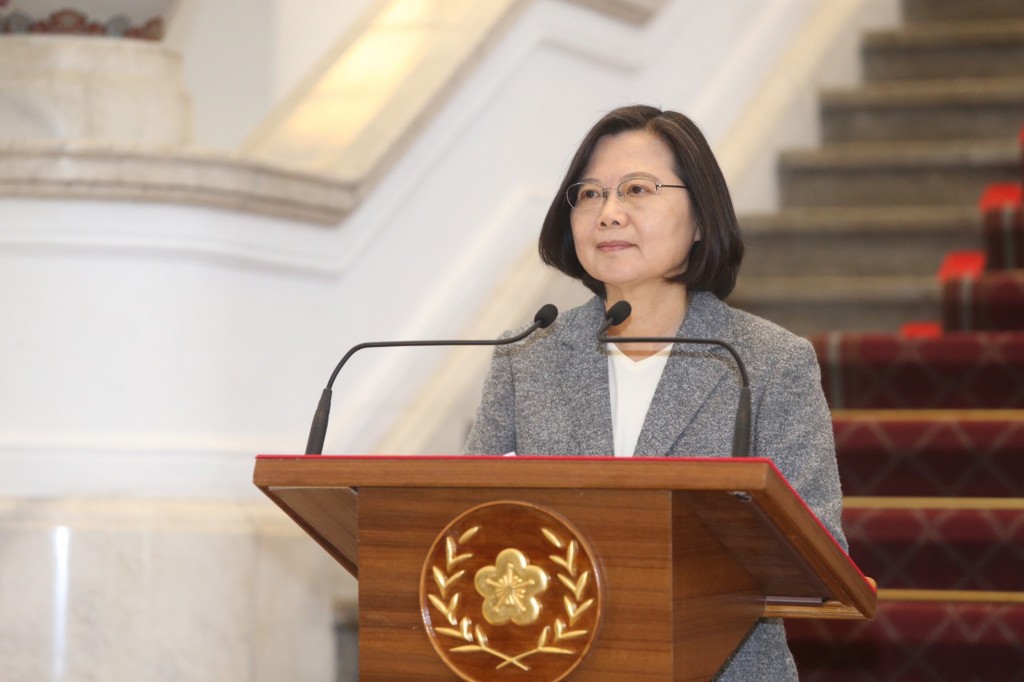 TAIPEI (Taiwan News) — On Wednesday (Jan. 15), the Anti-infiltration Act was signed into the law by President Tsai Ing-wen (蔡英文), who stressed that the legislation would not curb regular exchanges between Taiwanese and Chinese people.

The act, which aims to hamper infiltration operations commissioned, instructed, and funded by the Chinese government, was passed by the Democratic Progressive Party-led legislature late last December.

“The Anti-infiltration Act is not anti-exchanges,” said Tsai at her first press conference at the Presidential Office after winning re-election. Activities that constitute offenses are strictly regulated, she added.

The law prohibits Taiwanese from making political donations, running for office, lobbying, interfering with assemblies, or obstructing elections under instruction from the Chinese government. Receiving funding from Chinese authorities to carry out the above-mentioned activities is also forbidden.

Tsai said at the press conference that she had ordered a task force to be formed by the Cabinet. The group will address public concerns about the act by clearing up misunderstandings and countering disinformation, she said.

The Straits Exchange Foundation, an organization responsible for cross-strait exchanges in the private sector, will also establish a contact to provide services to China-based Taiwanese who may require more information on the regulation, according to Tsai.