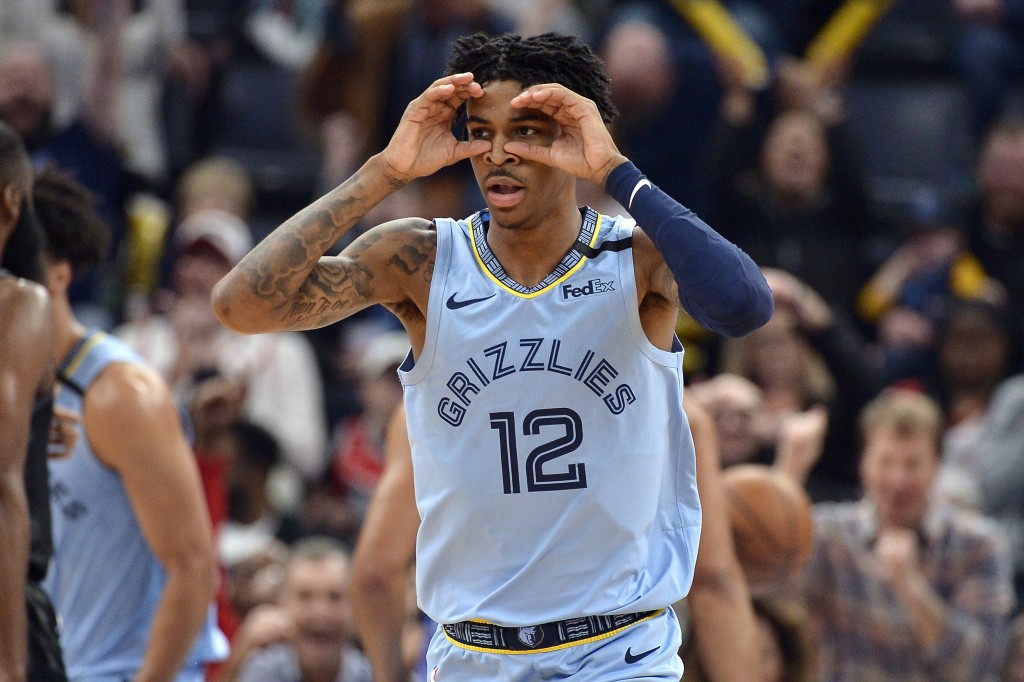 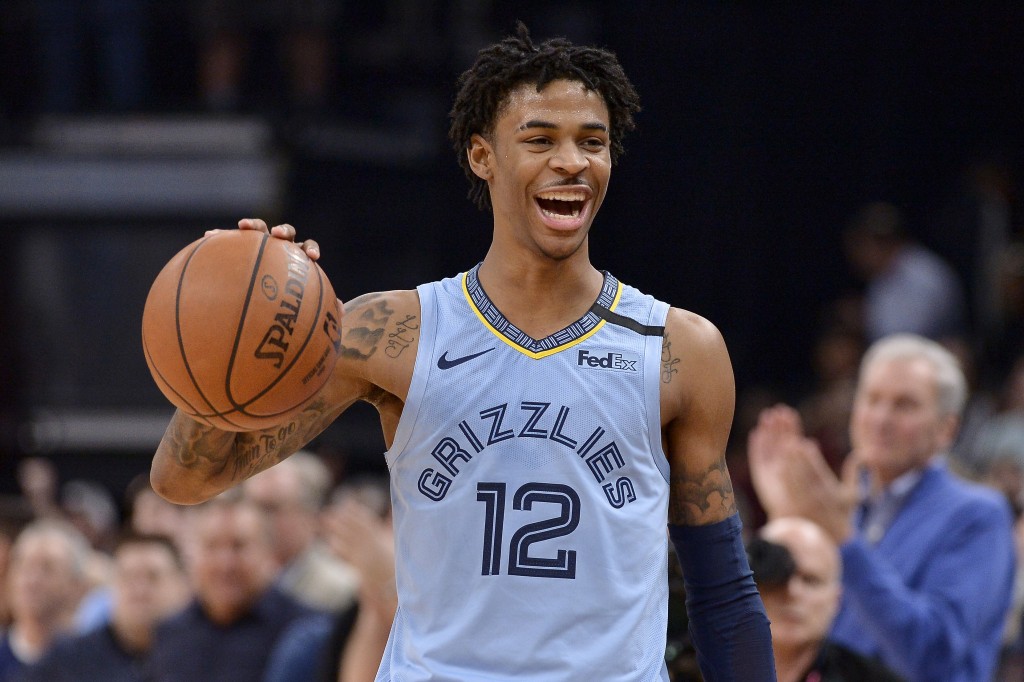 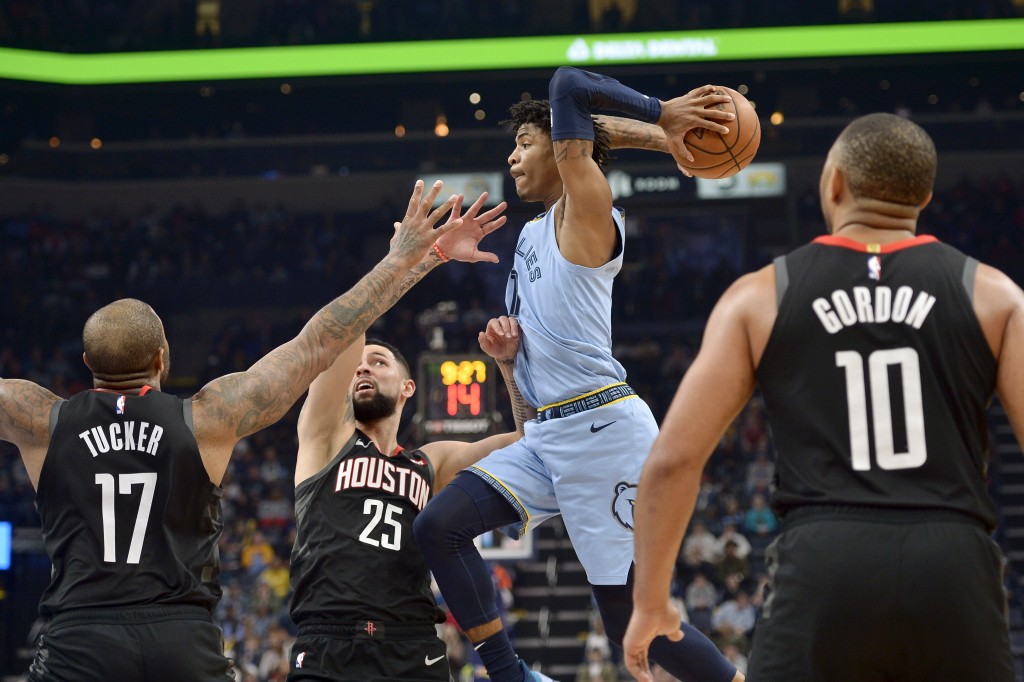 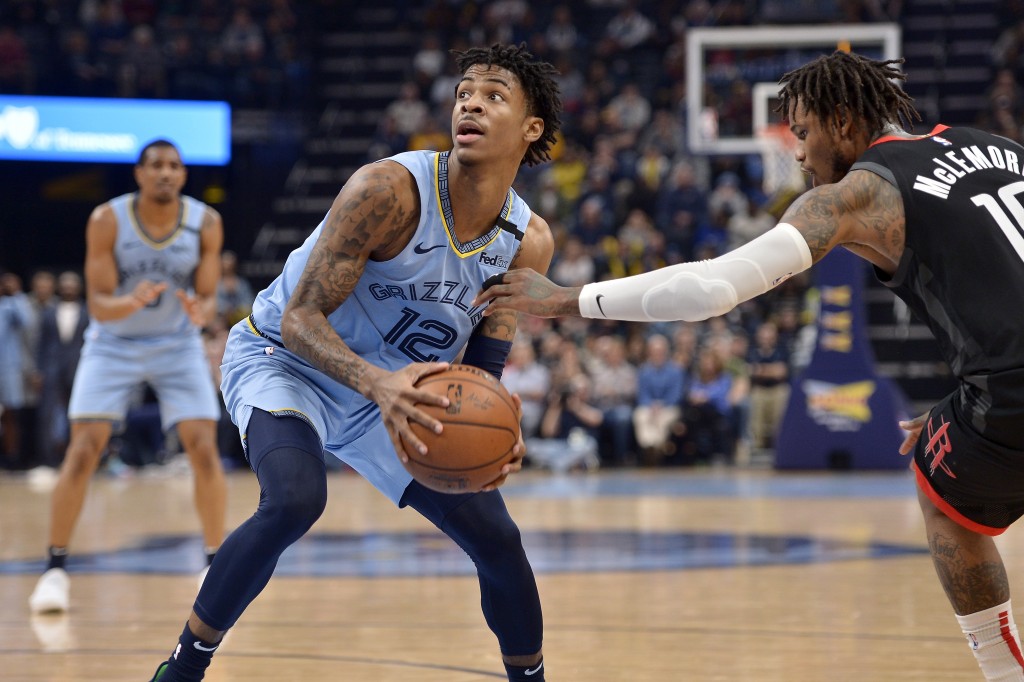 Jonas Valanciunas added 19 points and Jaren Jackson Jr. had 15 despite going 6 of 16 from the floor. Morant missed only one of his 11 shots as the Grizzlies extended their longest winning streak since December 2016.

James Harden led the Rockets with 41 points as backcourt mate Russell Westbrook took the night off in the first game of a back-to-back. Eric Gordon finished with 23 points, and Clint Capela had 16 points and 16 rebounds.

Harden has scored at least 40 points in five straight games against the Grizzlies.

The teams were tied at 95 with about eight minutes left when the Grizzlies went on an 11-1 run fueled by 3-pointers from Solomon Hill, Brooks and Morant.

Donovan Mitchell returned from a one-game absence with an illness to score 25 points — 14 in the fourth quarter — and Bojan Bogdanovic had 18 for the Jazz, who opened a 20-point lead and turned back every attempt by the Nets to make it close.

Kyrie Irving had 32 points and a season-high 11 assists for Brooklyn in his second game back from a shoulder injury.

MILWAUKEE (AP) — Giannis Antetokounmpo needed only 21 minutes on the court to score 37 points and lead Milwaukee past New York.

Antetokounmpo did not play in the fourth quarter after the Bucks built a 32-point lead entering the final period on the way to sweeping the three-game season series with the Knicks.

Khris Middleton added 17 points and Ersan Ilyasova had 14 points and seven rebounds for Milwaukee, which led by as many as 35 and improved its record to an NBA-best 36-6.

ATLANTA (AP) — Trae Young scored 21 of his 36 points in the fourth quarter and Atlanta pulled away late to beat Phoenix.

It was Young’s 20th game with at least 30 points this season. He got help from backcourt partner Kevin Huerter, who scored 23 points and set career highs with 15 rebounds and eight assists. John Collins added 22 points and 10 rebounds for the Hawks, who snapped a four-game losing streak.

Devin Booker led the Suns with 39 points before he was ejected for his second technical foul following his dunk with less than two minutes remaining. Deandre Ayton had 20 points and 10 rebounds.