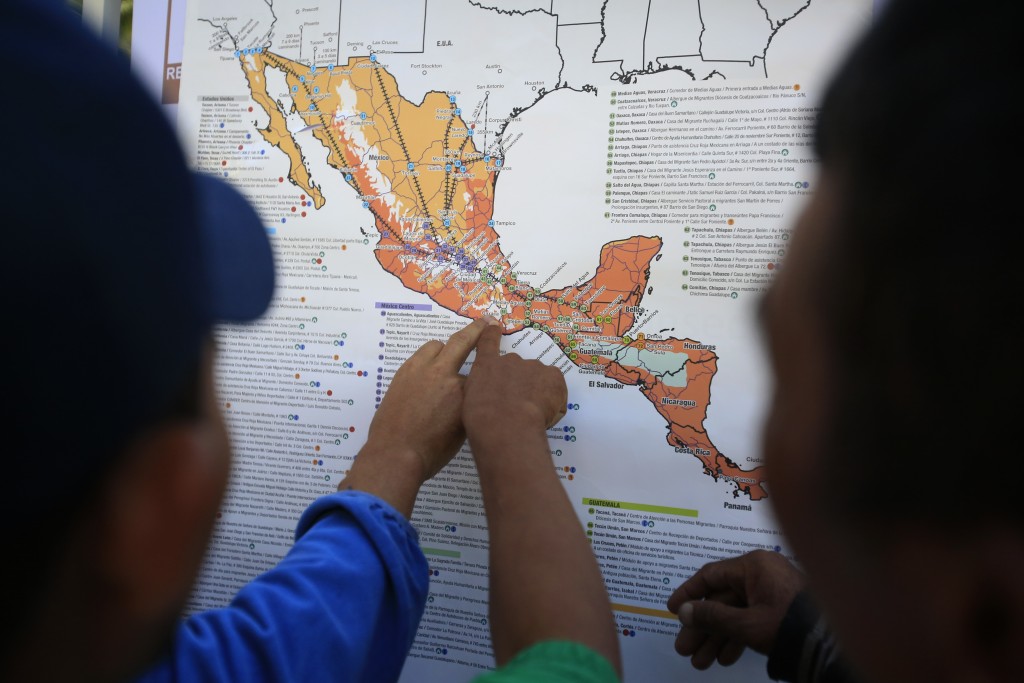 MEXICO CITY (AP) — The United States began sending Honduran and Salvadoran asylum seekers to Guatemala in November and last week said it would expand the practice to Mexicans. The U.S. could also start sending asylum seekers from Mexico, El Salvador, Nicaragua, Guatemala and Brazil to Honduras starting as early as the end of the month under a similar agreement signed with that country. These developments stem from bilateral agreements Washington signed last year with Guatemala, Honduras and El Salvador.

The so-called “Asylum Cooperation Agreements,” or ACAs, are just the latest in a series of measures by the Trump administration aimed at reducing the number of asylum applicants arriving at the country's southwest border. More than 55,000 asylum seekers have requested asylum at the U.S. border and been returned to Mexico to wait out cases that will take months, if not years to resolve under the “Remain in Mexico” program, also known as the Migrant Protection Protocols.

The ACAs are a step beyond that, sending asylum seekers even farther away from the border.

Q - What are the Asylum Cooperation Agreements?

A - Beginning with Guatemala in July of 2019, the U.S. government signed agreements with Guatemala, Honduras and El Salvador that would allow the U.S. to send asylum seekers from other countries to Central America. Under the deals, asylum seekers won't be given the opportunity to request asylum in the U.S., but rather will be flown to these Central American countries where they will have the opportunity to request asylum.

Q - Why is the U.S. government doing this?

A - According to Syracuse University's Transactional Records Access Clearinghouse, U.S. immigration judges decided 67,406 asylum cases in fiscal 2019, a record and nearly 2 1/2 times the number five years ago. Most of those arriving at the southwest border last year were from Central America's so-called “Northern Triangle” countries — Guatemala, Honduras and El Salvador. With the ACAs and other measures, the U.S. wants to reduce the number of asylum seekers arriving at its southwest border. On Thursday in Honduras, acting U.S. Homeland Security Secretary Chad Wolf said: “Not only does ACA fulfill a humanitarian responsibility, but it also serves a security purpose. With access to protections in Honduras and throughout the region fewer individuals will make the dangerous journey to the United States.”

Q - What are the potential problems with sending asylum seekers to three countries that hundreds of thousands of people have fled in recent years?

A - Yael Schacher, senior U.S. advocate at Refugees International, says that none of those countries is prepared to process significant numbers of asylum seekers or provide them with protection. “These are the biggest refugee producing countries for the U.S. border over the past few years," she said. "They are not refugee receiving countries, they don’t have a deep history of resettlement, they don’t have big asylum offices.” They are also not safe countries. The U.S. State Department travel advisory for Guatemala speaks of widespread crime and gang activity. For Honduras it advises reconsidering travel to the country saying violent crime is common and human trafficking widespread.

Q - What has happened in Guatemala so far?

A - As of last week, the U.S. had sent 94 asylum seekers from El Salvador and Honduras to Guatemala. Only six of them decided to seek asylum there while the rest returned to their countries. That means that the vast majority never had a hearing in the U.S. or in Guatemala on their asylum claims.

Q - Who can be sent to these countries under the ACAs?

A - It is not defined in the agreements themselves. There just has to be agreement between the U.S. and each of the Northern Triangle governments. The only group explicitly exempted from the agreements are unaccompanied children. Also, the U.S. is not sending asylum seekers directly back to the country they fled. Outgoing Guatemala President Jimmy Morales said his country had not agreed to take Mexican asylum seekers. He said the U.S. would have to negotiate that with his successor. The announcement that Brazilians would be eligible to be sent to Honduras is interesting because they had been ineligible for the MPP program which does not include non-Spanish speakers. Sending them to Honduras would appear to be the U.S. government's way of dealing with them.

A - Legal challenges are expected to be filed in U.S. federal court before the end of January. In a December letter filed in opposition to the ACAs, Refugees International wrote that the U.S. government’s proposed screening process at the U.S. border “fails to abide by international legal standards” and that Guatemala, Honduras and El Salvador lacked the “full and fair” procedures to determine asylum as required by the U.S. Immigration and Nationality Act.