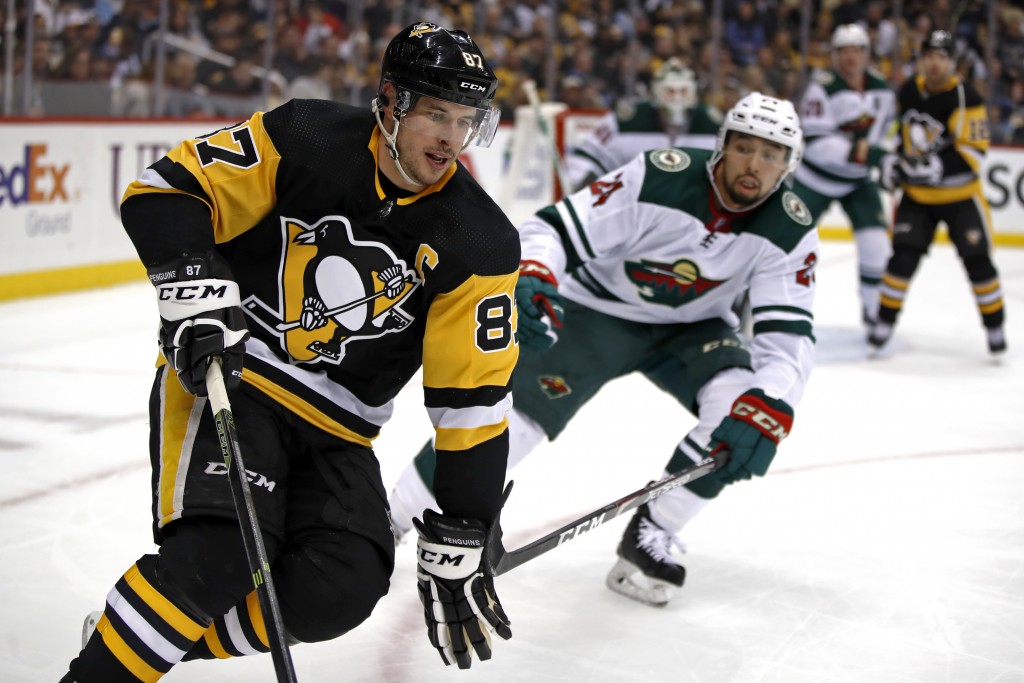 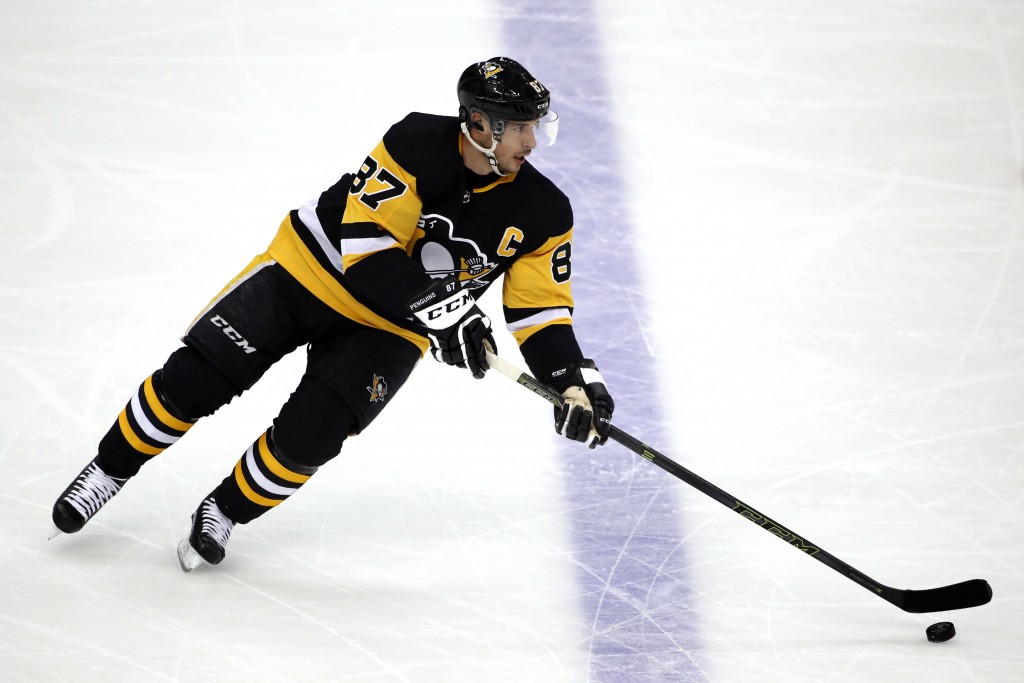 PITTSBURGH (AP) — Sidney Crosby had a goal and three assists in his first game back from abdominal surgery and the Pittsburgh Penguins rolled past Minnesota 7-3 on Tuesday night.

Crosby needed less than eight minutes to pick up his first point since before Halloween, assisting on Evgeni Malkin's first goal of the night 7:57 in. Crosby added his sixth goal of the season in the third period when he slipped a backhand past Devan Dubnyk as the Penguins rolled to their fourth straight victory.

Malkin finished with two goals and a pretty no-look drop pass to set up Bryan Rust's 19th of the season. Jared McCann scored for the fourth time in five games for Pittsburgh, Dominik Simon added his fifth, and Tristan Jarry stopped 25 shots to improve to 11-0-1 in his last 12 starts against Western Conference opponents.

Crosby skated 17:53 after missing 28 games following abdominal surgery and looked just as dangerous as ever as the Penguins pulled within four points of first-place Washington in the Metropolitan Division.

Zach Parise scored twice and Marcus Foligno added his ninth for the Wild, who spotted the Penguins a four-goal lead. Dubnyk finished with 22 saves, and the Wild fell to 1-5-1 in their last seven games.

Merzlikins won for the sixth time in his last eight starts and turned aside all 34 shots he faced. His five wins since Dec. 31 tie him for the NHL lead with Tampa Bay's Andrei Vasilevskiy.

Boston goaltender Jaroslav Halak entered the game at 1:12 of the first period after Tukka Rask was inadvertently struck in the head by an elbow in the crease. Halak stopped 24 shots in relief as the Bruins lost their second straight and were shut out for the first time this season.

BUFFALO, N.Y. (AP) — Jack Eichel scored the go-ahead goal on an end-to-end rush 7:57 into the third period in Buffalo's win over slumping Vegas.

The goal was Eichel's career-high-matching 28th of the season and came in a game in which he added an assist to become Buffalo's first player in 27 years to reach the 60-point mark in 46 or fewer games. Sam Reinhart had a goal and two assists, and Kyle Okposo and Curtis Lazar, with an empty-netter, also scored.

Linus Ullmark stopped 23 shots, and the Sabres improved to 4-2 in their past six.

Reilly Smith and Tomas Nosek scored for the Golden Knights, who have lost four straight to match their longest streak without a point in their three-year franchise history.

New York scored three times in the first eight minutes. The league-worst Red Wings were out of it early, and Thomas Greiss made 34 saves to back the Islanders.

Stamkos and Alex Killorn also scored in regulation for the Lightning, who overcame deficits of 2-0 and 3-2. Kucherov’s 18th goal of the season made it 3-3 with 1:15 remaining in the third period.

Tampa Bay’s Andrei Vasilevskiy, who blanked the Arizona Coyotes and Philadelphia Flyers in his previous two starts, finished with 38 saves.

John Tavares scored as part of a three-point night for the Leafs and Rasmus Sandin had two assists in his first game since getting called up from the minors to help reinforce the injury-riddled defense corps. William Nylander and Zach Hyman each had a goal and an assist, and Frederik Gauthier had the other goal for Toronto (25-16-6), which entered winless in its previous three games. Mitch Marner chipped in with two assists.

Frederik Andersen made 24 saves for the Leafs.

OTTAWA, Ontario (AP) — Jonathan Toews scored 42 seconds into overtime and assisted on Chicago's two other goals in a win over Ottawa.

Connor Brown and Chris Tierney scored first-period goals for the Senators. Rookie goaltender Marcus Hogberg started in net for the third straight game and made 27 saves.