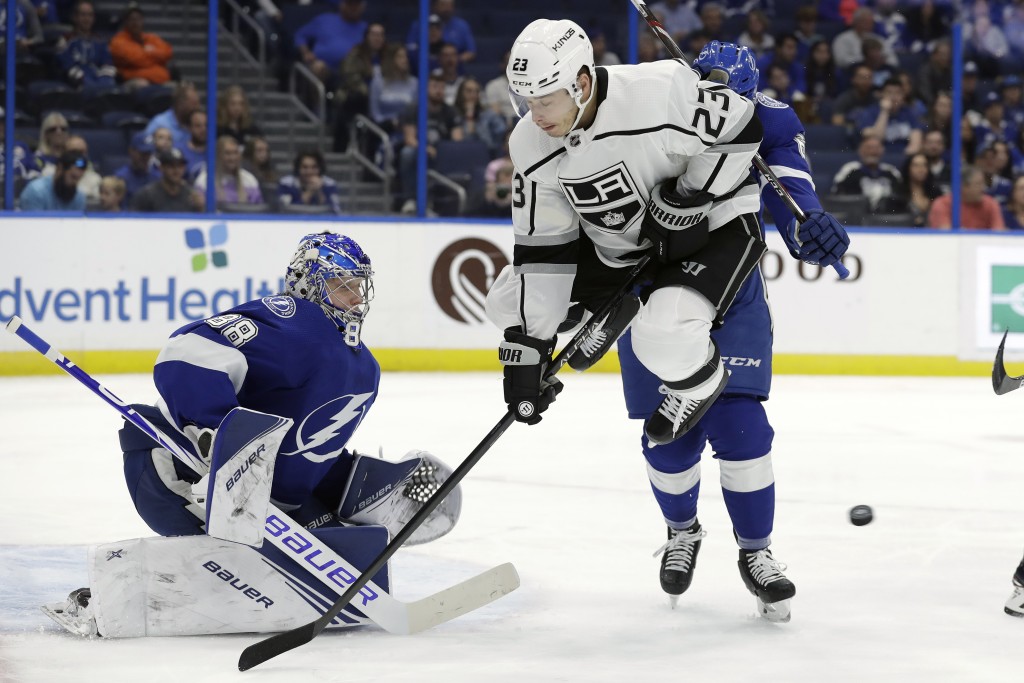 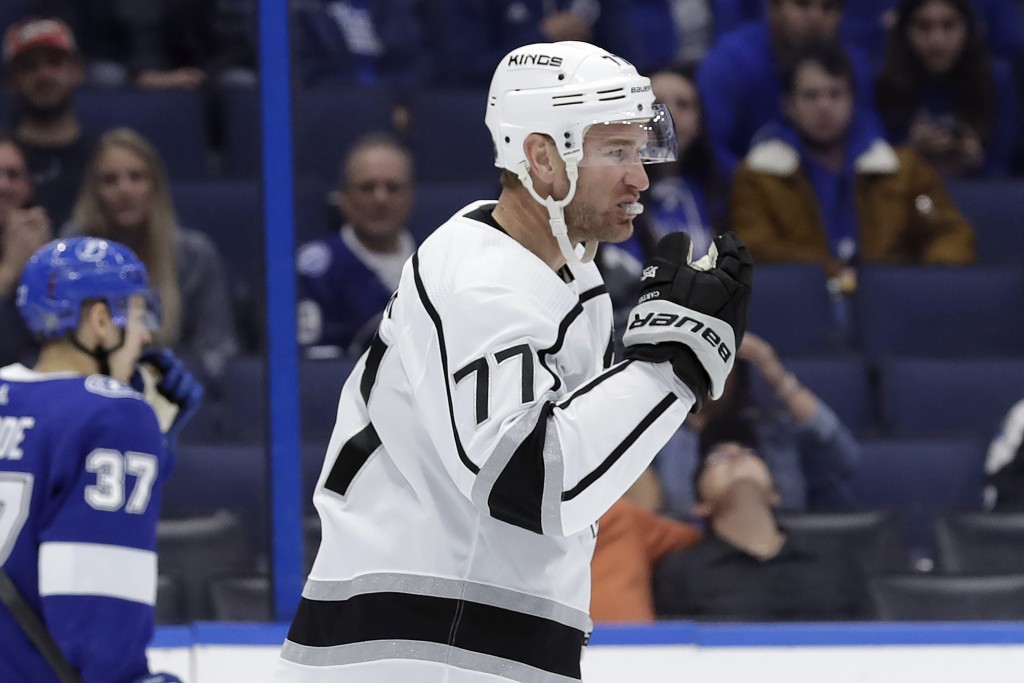 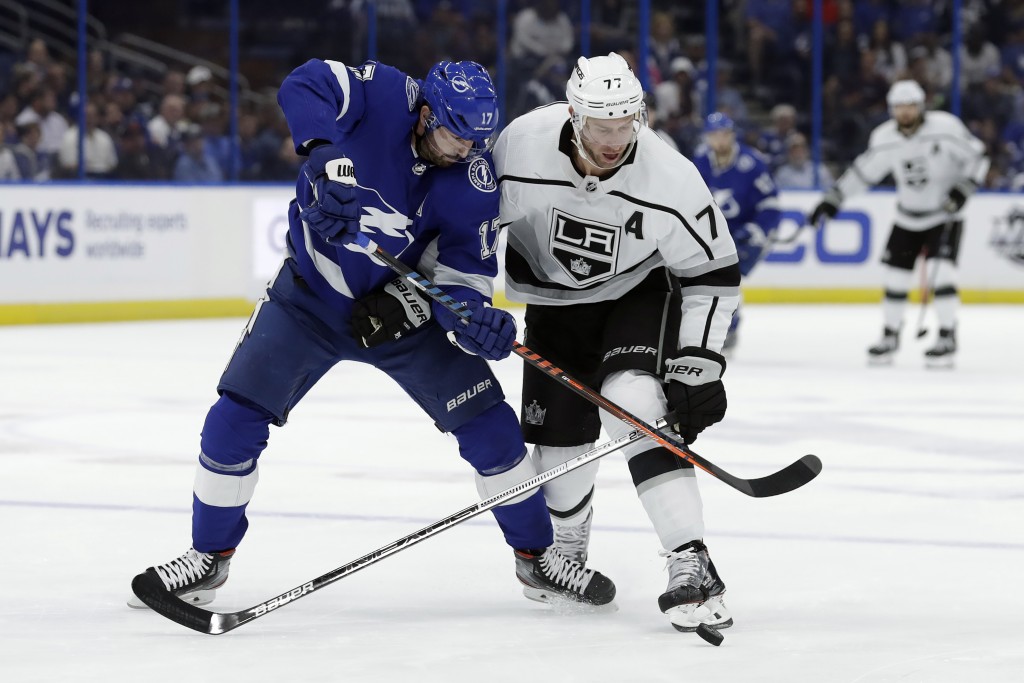 TAMPA, Fla. (AP) — Nikita Kucherov scored late to force overtime and Steven Stamkos delivered the game-deciding goal in a shootout as the Tampa Bay Lightning rallied for a 4-3 victory over the Los Angeles Kings on Tuesday night.

Stamkos and Alex Killorn also scored in regulation for the Lightning, who overcame deficits of 2-0 and 3-2. Kucherov’s 18th goal of the season made it 3-3 with 1:15 remaining in the third period.

Tampa Bay’s Andrei Vasilevskiy, who blanked the Arizona Coyotes and Philadelphia Flyers in his previous two starts, finished with 38 saves.

The three-time All-Star lost a shutout streak of 150 minutes, 13 seconds on Jeff Carter’s tap in at 4:18 of the opening period. Kyle Clifford’s unassisted goal put the Kings up 2-0 less than seven minutes into the game.

It took the Lightning less than five minutes to get back in it, with Killorn and Stamkos scoring within a span of 1:19 to make it 2-2.

NOTES: Quick was shaken up briefly when a shot off the stick of Stamkos appeared to strike him in the neck. The Kings goalie immediately fell to the ice and play was stopped. ... Vasilevskiy has won nine consecutive starts, tied for the second-longest of his career. He also had a nine-game streak from Oct. 9-30, 2017, and won 10 in a row from Feb. 9-March 5, 2019. ... The Kings have lost seven straight to the Lightning. The teams meet again in Los Angeles on Jan. 29, with Tampa Bay looking to sweep the two-game season series for the fourth year in a row.

Kings: At Florida on Thursday night.

Lightning: At Minnesota for the first of two road games leading into bye week.