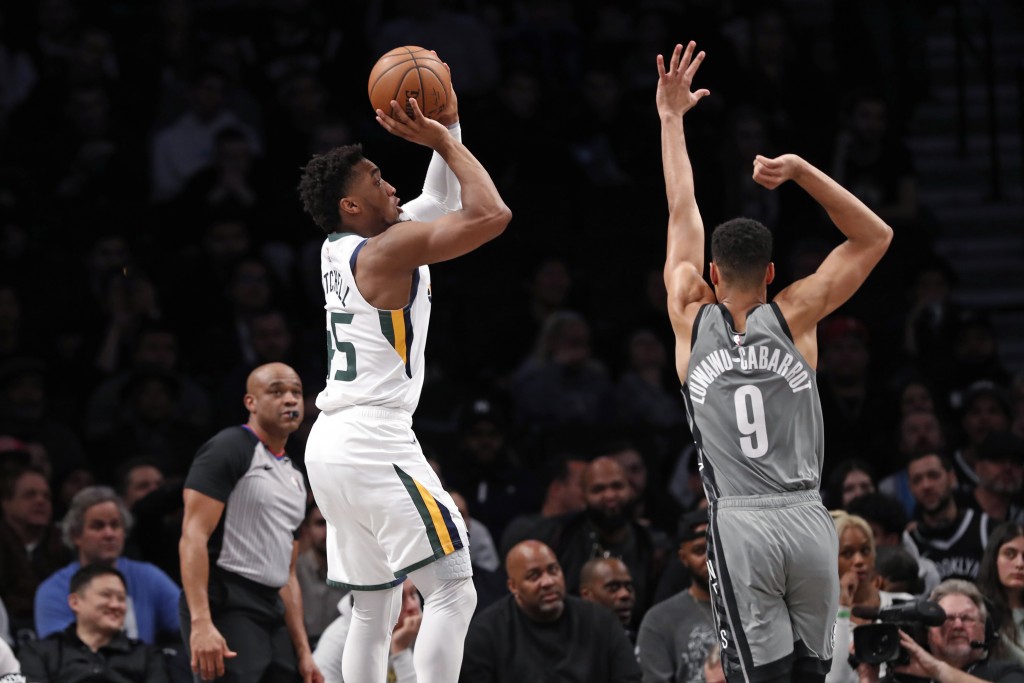 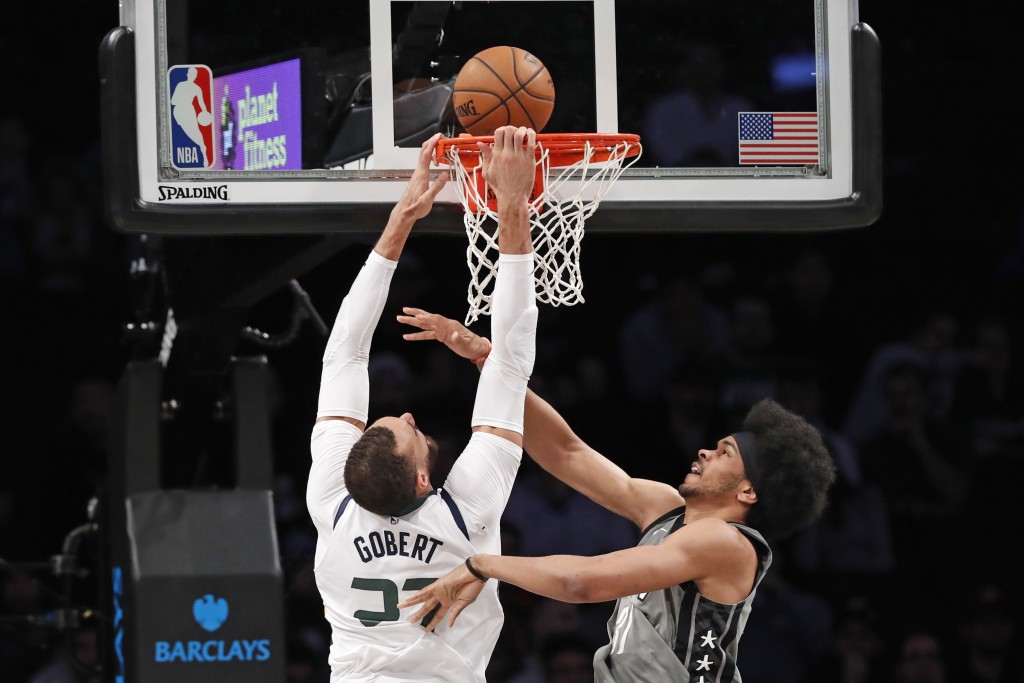 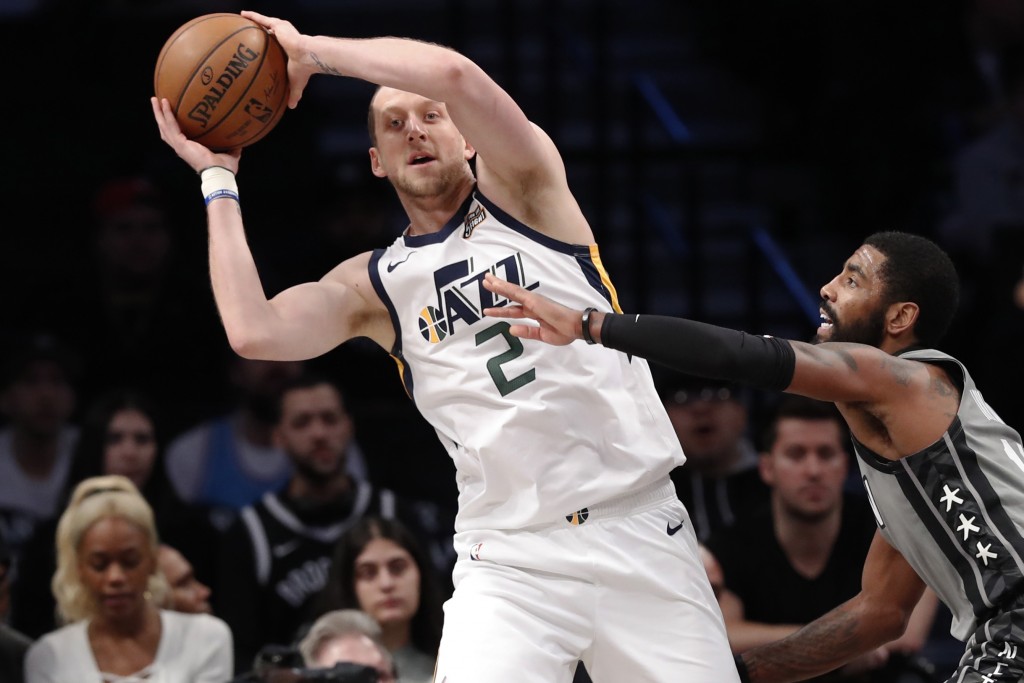 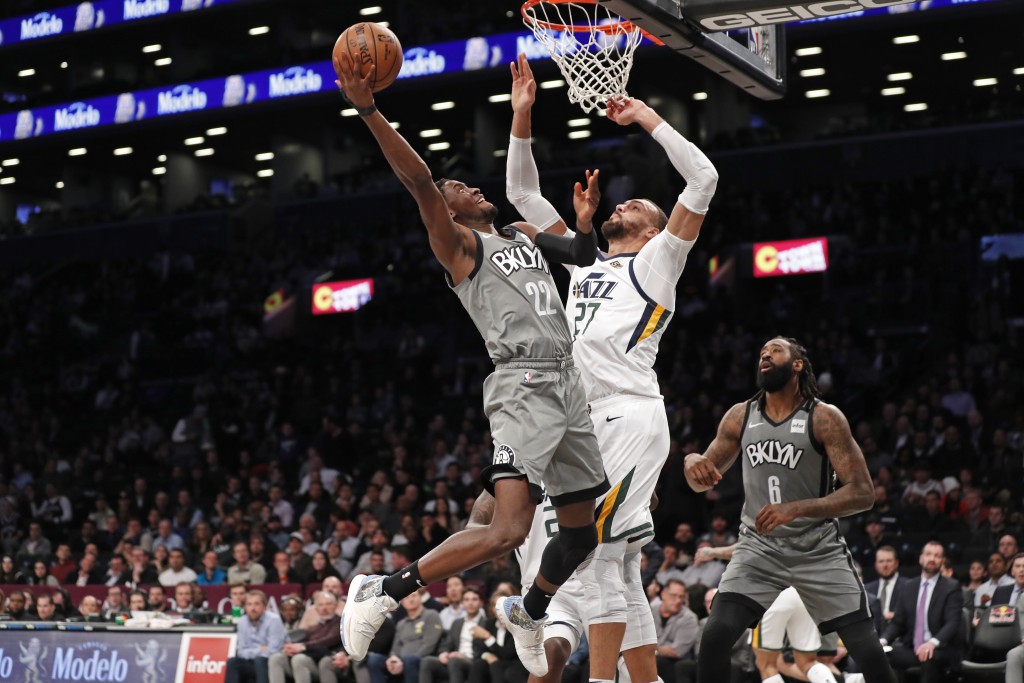 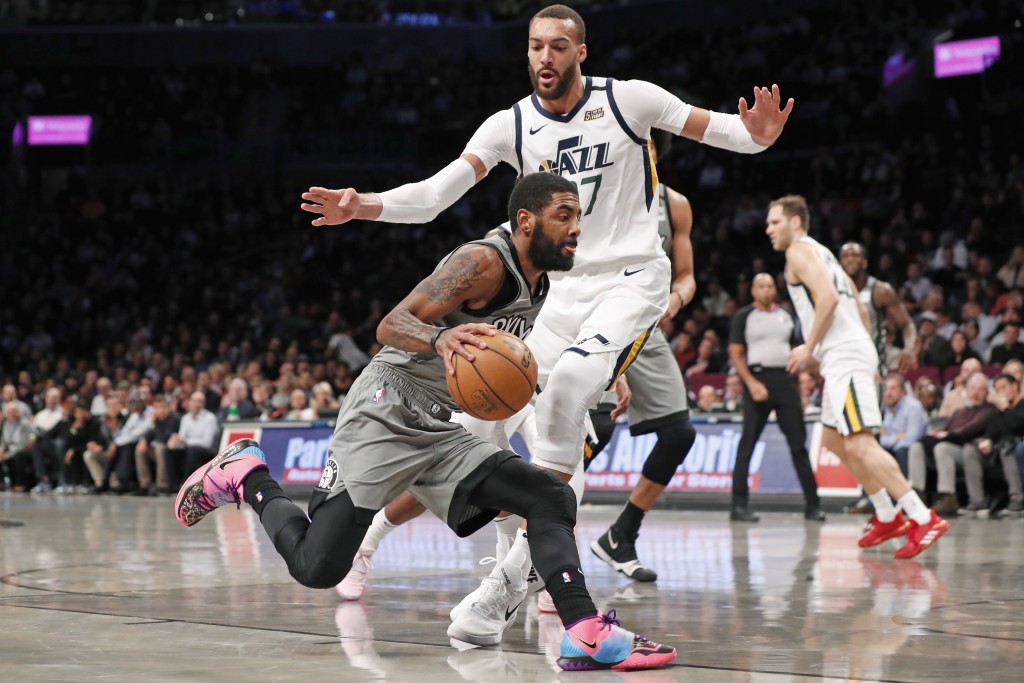 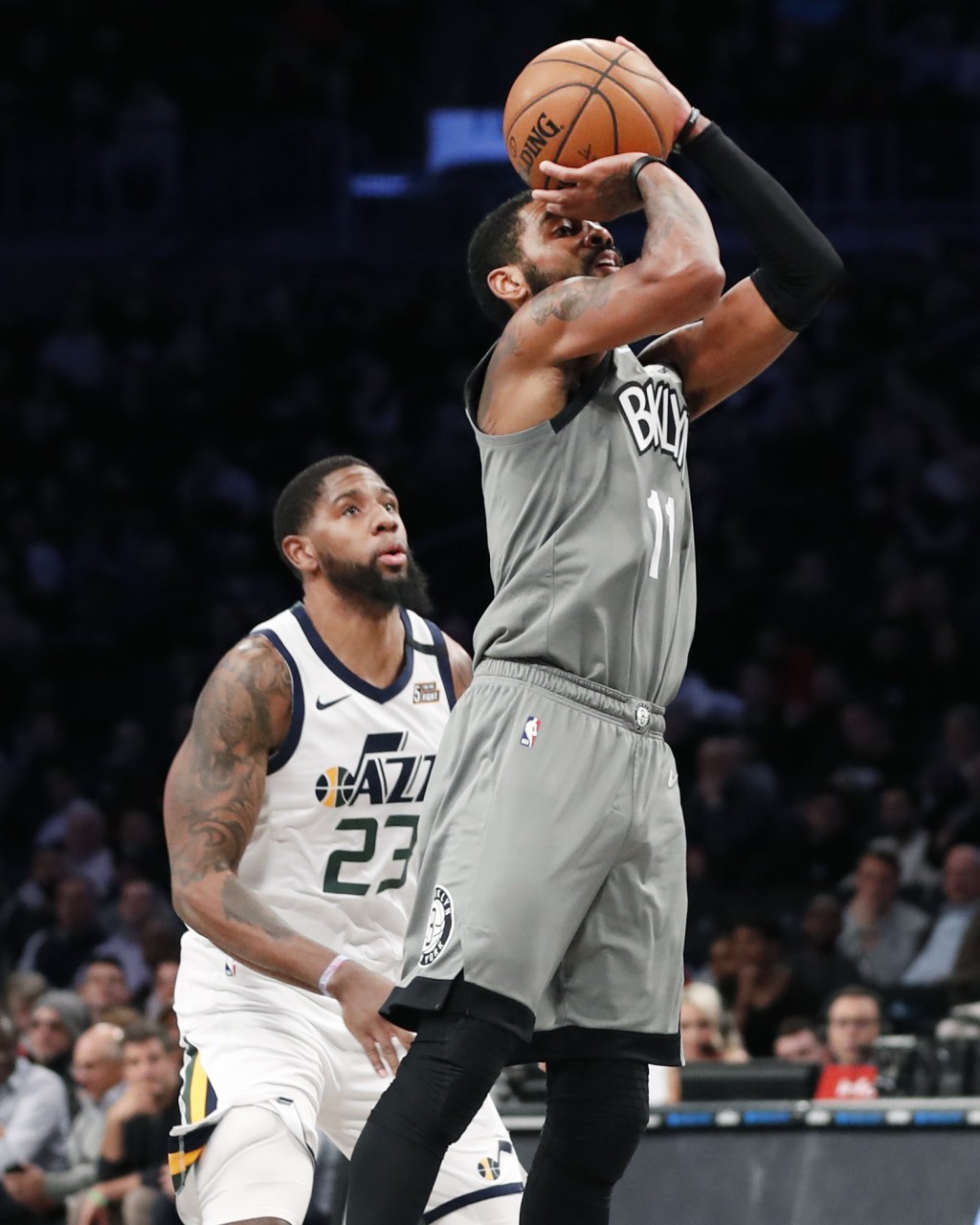 NEW YORK (AP) — Joe Ingles matched his career high with 27 points, Rudy Gobert had 22 points and 18 rebounds, and the Utah Jazz ran their winning streak to 10 games by beating the Brooklyn Nets 118-107 on Tuesday night.

Donovan Mitchell returned from a one-game absence with an illness to score 25 points — 14 in the fourth quarter — and Bojan Bogdanovic had 18 for the Jazz, who opened a 20-point lead and impressively turned back every attempt by the Nets to make it close.

Kyrie Irving had 32 points and a season-high 11 assists in his second game back from a shoulder injury, but it mostly seemed he was trying to shoot the Nets back into a game the Jazz weren't going to let go of in what became their 15th win in 16 games.

The Nets were coming off their best defensive performance of the season, allowing season lows in points and field goal percentage (33%) in a 108-86 rout of Atlanta. But they could never get comfortable against a Jazz team that had Gobert rolling inside and plenty of good shooters on the outside. Ingles was 6 of 8 behind the arc and finished 10 of 14 overall.

Spencer Dinwiddie scored 17 points for the Nets, who had won two in a row.

Both teams started quickly, the Jazz opening 8 of 12 from the field and the Nets 7 of 10. But eventually Utah's defense began to assert itself.

Dinwiddie was 0 for 4 from the free throw line in the first half, though the Nets scored on his first attempts when the Jazz accidentally batted the ball into the basket. Rodions Kurucs, as the closest Nets player, was given credit for the field goal.

Brooklyn could have tied it when Dinwiddie went to the line the second time. His two misses left Utah leading 45-43, and Ingles then hit three 3-pointers in a 14-2 burst to end the half and give the Jazz a 59-45 advantage.

The Jazz made four 3s in about four minutes to start the second half, with the last one by Ingles pushing the lead to 76-56. Brooklyn cut it to eight midway through the fourth after six straight points, but Gobert converted a three-point play and Mitchell nailed a 3 to extend it to 105-91.

Nets: The Nets played without reserves Garrett Temple (bruised right knee) and Wilson Chandler (left hamstring). ... Brooklyn began a difficult five-game stretch that continues with a game Wednesday in Philadelphia and includes matchups with Milwaukee, the 76ers again and the Los Angeles Lakers. Coach Kenny Atkinson had no special feelings about the rough road because he said all games are tough. “I’m focusing on the Nets and us improving. Can’t really control the schedule," he said. “Just as nervous about this game as I was Atlanta (on Sunday). It doesn’t really matter. I don’t really look at the jersey. I just make sure we’re prepared to compete at a high level."

The game featured the top two current scoring leaders among second-round picks. Dinwiddie came in at 22.1 points per game and Bogdanovic, a former Net, was at 21.