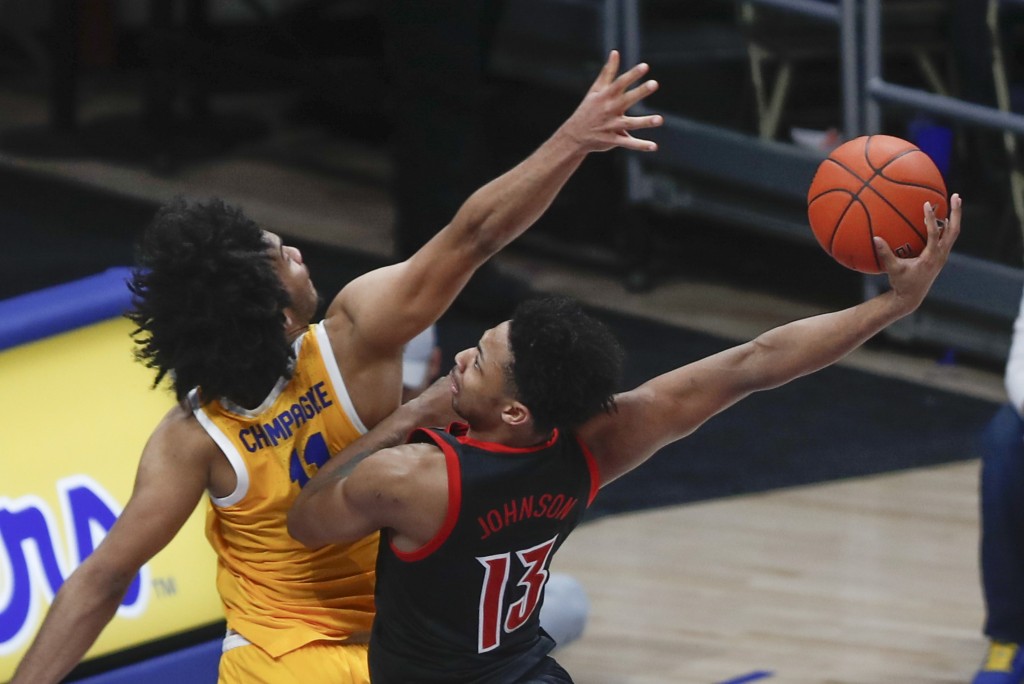 PITTSBURGH (AP) — Pittsburgh forward Terrell Brown thought he had a game-tying tip-in with 21 seconds to play, but he was called for a foul on the play, allowing No. 11 Louisville to escape Pitt’s upset bid with a 72-68 overtime victory.

Pitt guard Trey McGowens’ driving layup attempt bounced off the rim, and Brown put it back, appearing to tie the game, but he was whistled for an over-the-back foul against Louisville’s Malik Williams.

Williams hit both free throws to put Louisville up by two possessions, securing the final margin of victory.

Louisville star junior Jordan Nwora was limited by Pitt’s defense, leading the Cardinals with 14 points, which tied for his second-smallest output of the season.

Dwayne Sutton, who finished with 13 points and nine rebounds, and David Johnson, who scored 11, picked up the slack for Louisville.

Pitt led for over 33 minutes, but never by more than nine points. The entire second half was a back and forth affair, with the Cardinals gradually closing the gap. Louisville tied the game at 61 with under a minute remaining on a Johnson free throw.

McGowens led an unexpected offensive charge from Pitt, which shot 48% from the floor in the first half. He finished 8 of 22 for 24 points. Xavier Johnson added 11 points and five assists.

Louisville: The Cardinals’ pack-line defense is unquestionable one of the team’s strengths. They entered eighth in the country with an opponent field goal percentage of 36.7. The Panthers found gaps and also made 26 trips to the free-throw line. The Cardinals are now 2-2 this season when allowing 20 or more opponent free-throw attempts.

Pitt: The Panthers' roller-coaster season continues. They hold wins over top opponents like Florida State, North Carolina and Rutgers and have losses to Nicholls State and Wake Forest. After a sloppy loss to Miami on Sunday, Pitt turned around quickly to turn in a solid performance against the No. 11 Cardinals on Tuesday.

Louisville: Continues a season-long three game road swing with a trip to No. 3 Duke on Saturday.