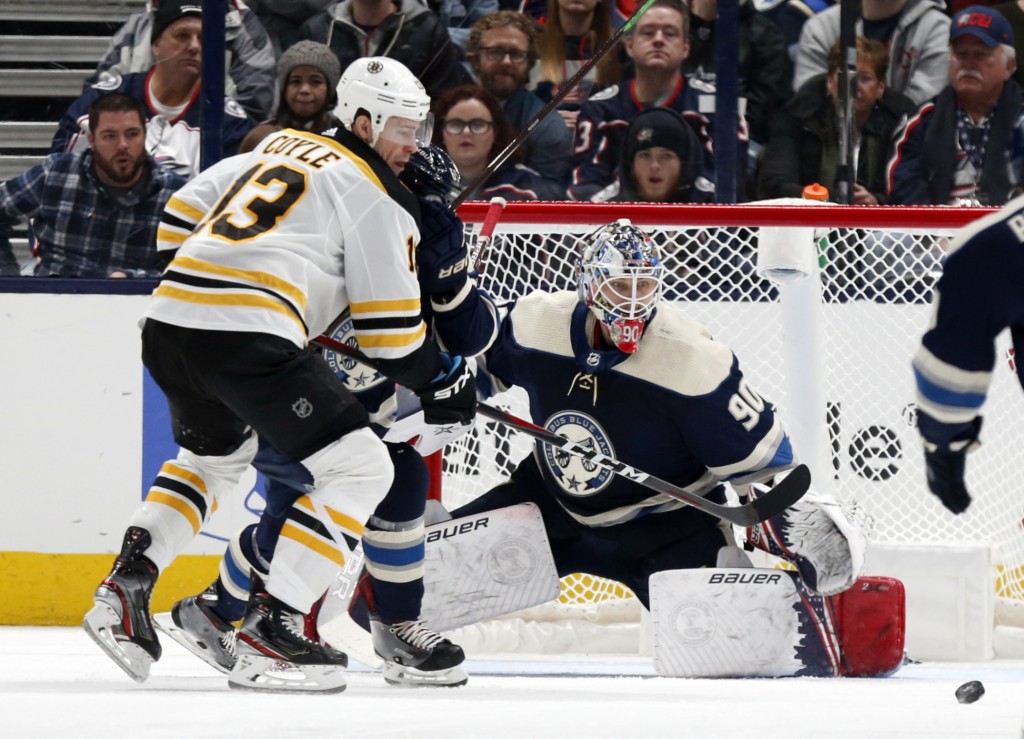 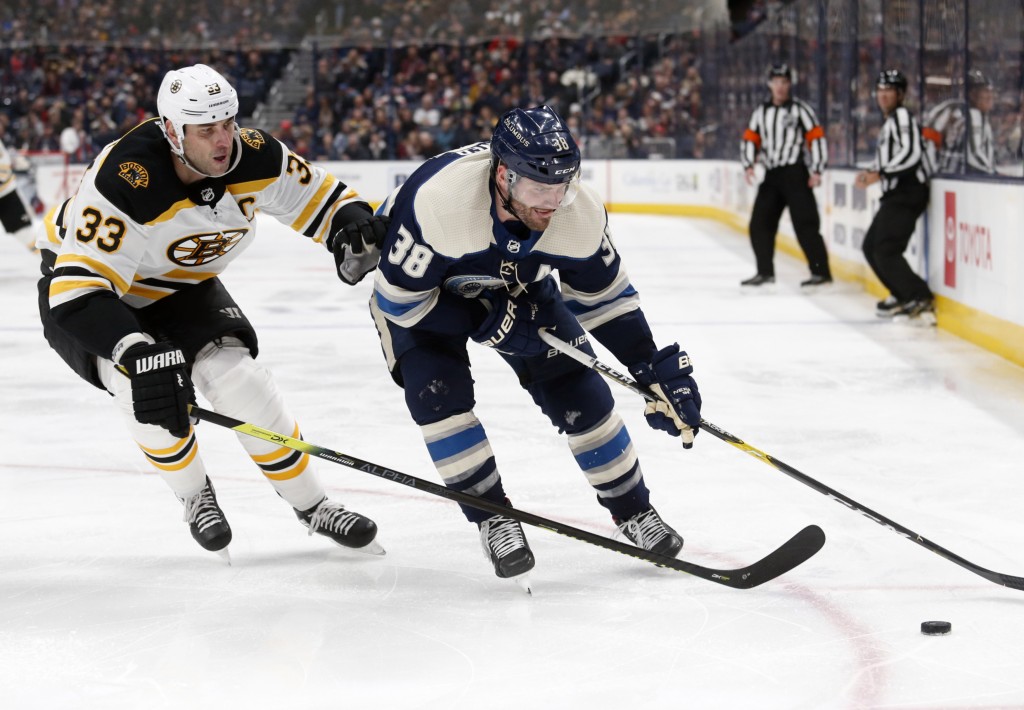 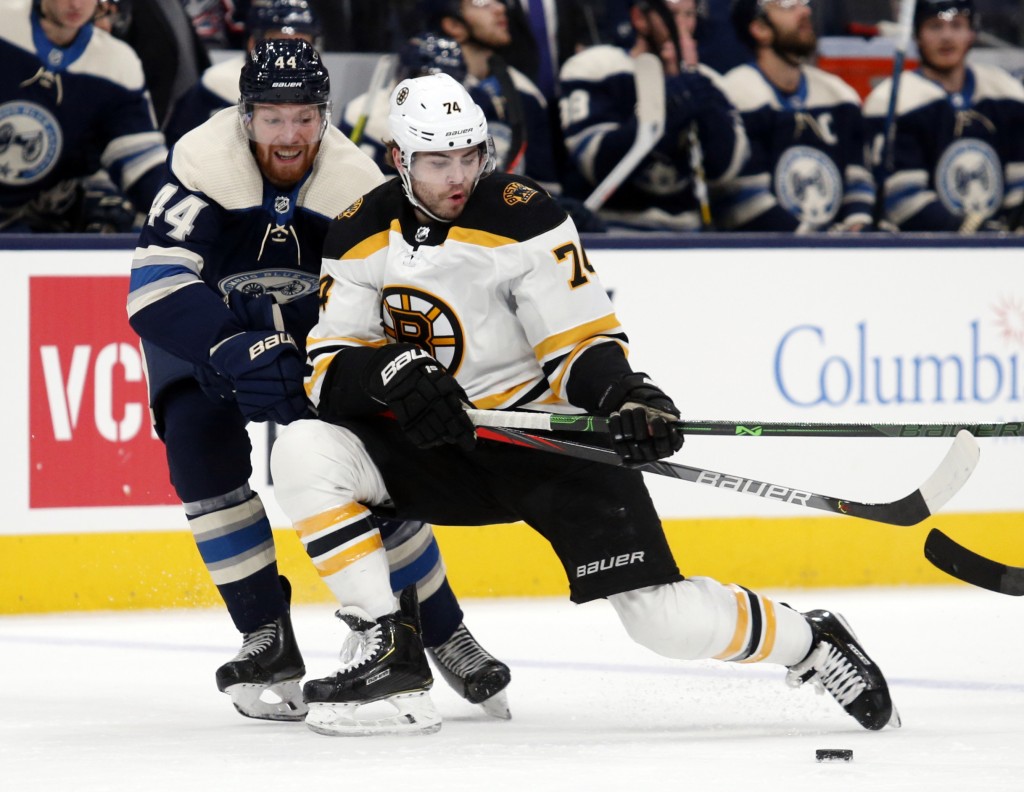 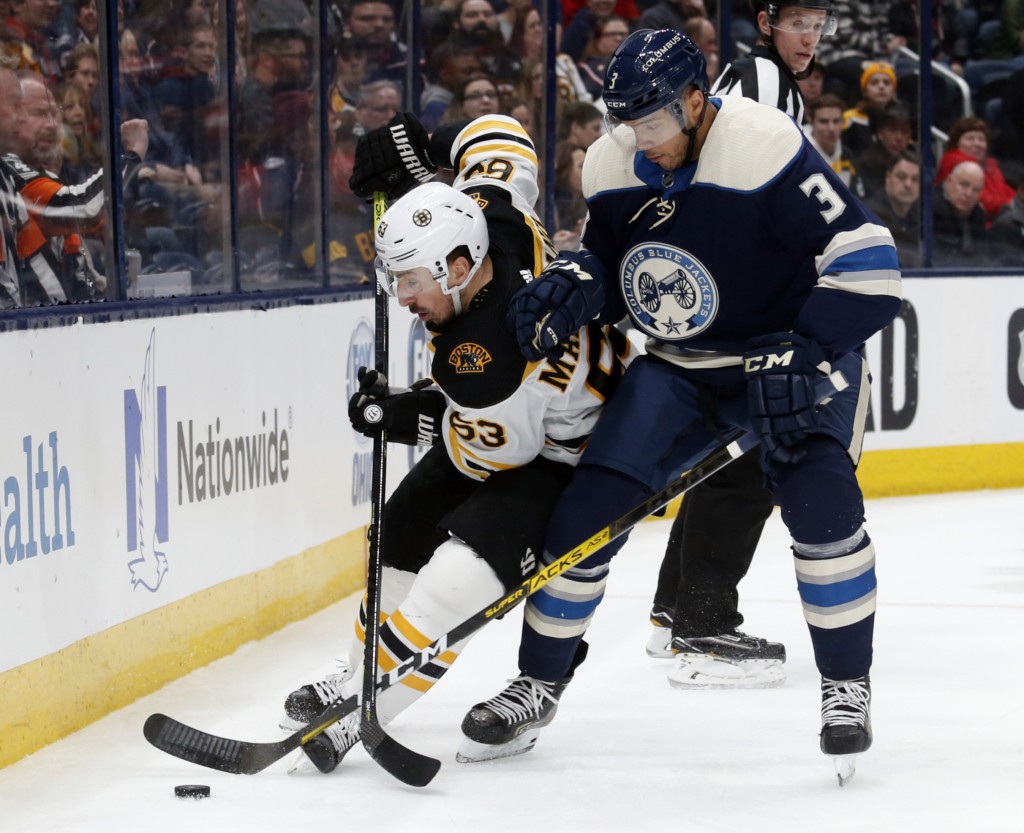 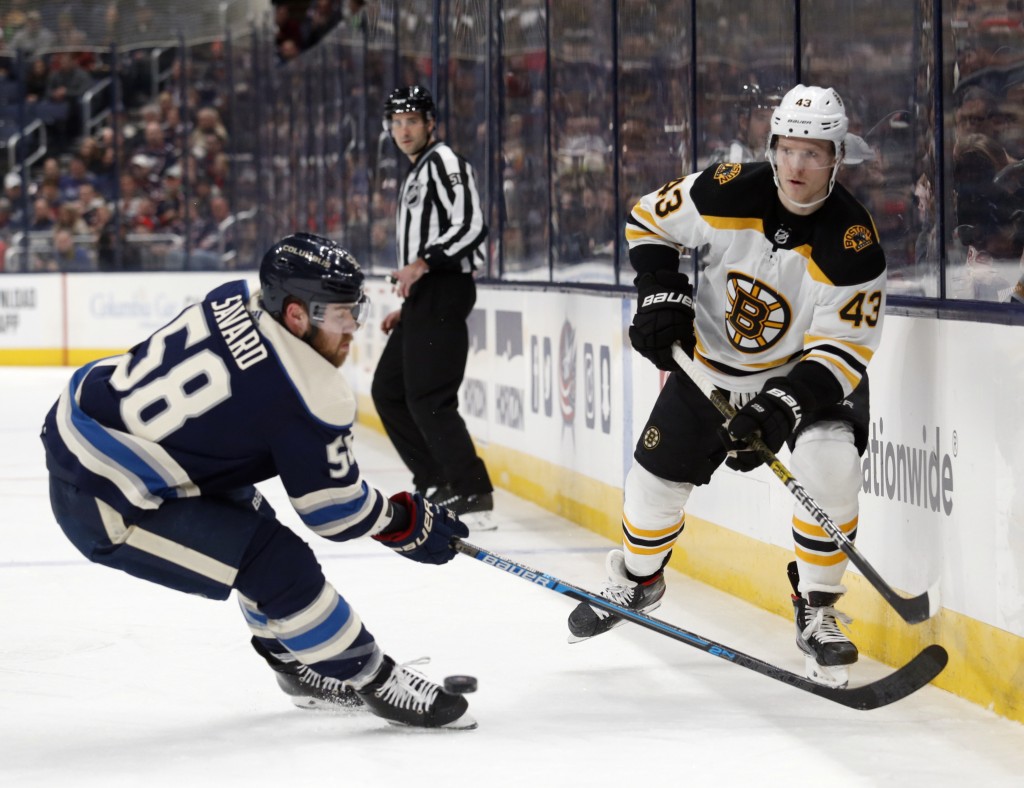 Merzlikins won for the sixth time in his last eight starts and turned aside all 34 shots he faced. His five wins since Dec. 31 tie him for the NHL lead with Tampa Bay's Andrei Vasilevskiy.

Boston goaltender Jaroslav Halak entered the game at 1:12 of the first period after Tukka Rask was inadvertently struck in the head by an elbow in the crease. Halak stopped 24 shots in relief as the Bruins lost their second straight and were shut out for the first time this season.

Wennberg got the Blue Jackets offense going, taking a feed from Vladislav Gabrikov off a pass from Nathan Gerbe at 13:27 of the first period and beat Halak through the pads. The goal was the fourth of the season for Wennberg and his second in two games after a 35-game scoring drought.

The assist was the fourth point in five games for Gerbe, who three weeks ago was playing for the Cleveland Monsters of the American Hockey League.

Stenlund gave the Jackets breathing room with a power-play goal at 5:46 of the third, blasting a one-timer off a behind-the-net pass from Nick Foligno. Nash sealed the win at 13:05 with an unassisted shot from the left circle.

NOTES: The Blue Jackets have given up two goals in their last three games. ... Columbus coach John Tortorella is one win from 200 for his Blue Jackets' career. ... Boston’s Matt Grzelcyk was a healthy scratch for the first time this season.