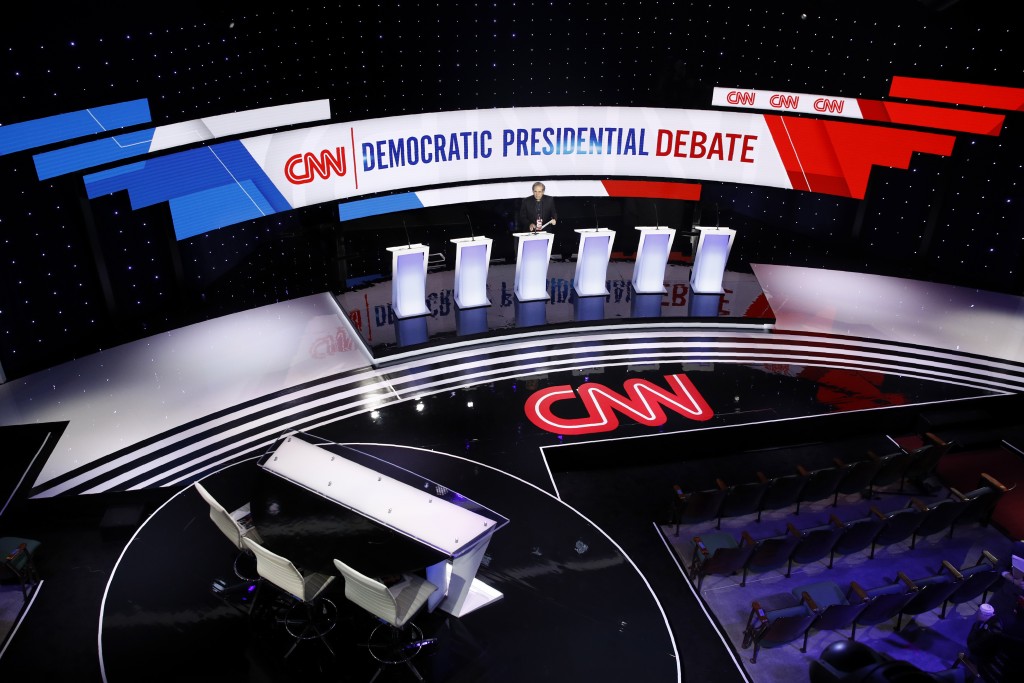 The half dozen candidates on stage Tuesday are all white and include four men. It's a stark winnowing of the Democratic field that was once the most diverse in history.

The first debate of 2020 is starting with fresh tension between Vermont Sen. Bernie Sanders and Massachusetts Sen. Elizabeth Warren. Warren said Monday night that Sanders privately told her in 2018 that he didn’t think a woman could defeat President Donald Trump. Sanders has vigorously denied making the comment.

The dispute isn’t likely to be the only one on stage. Sanders has ratcheted up his criticism of Vice President Joe Biden over his past support of the Iraq War and other issues. Minnesota Sen. Amy Klobuchar is looking to break out of the pack, building on strong debates and her arguments that former South Bend, Indiana, Mayor Pete Buttigieg doesn’t have enough experience to be president. Billionaire Tom Steyer is expected to face criticism that he's trying to buy his way to the White House as he floods early voting states with campaign ads.