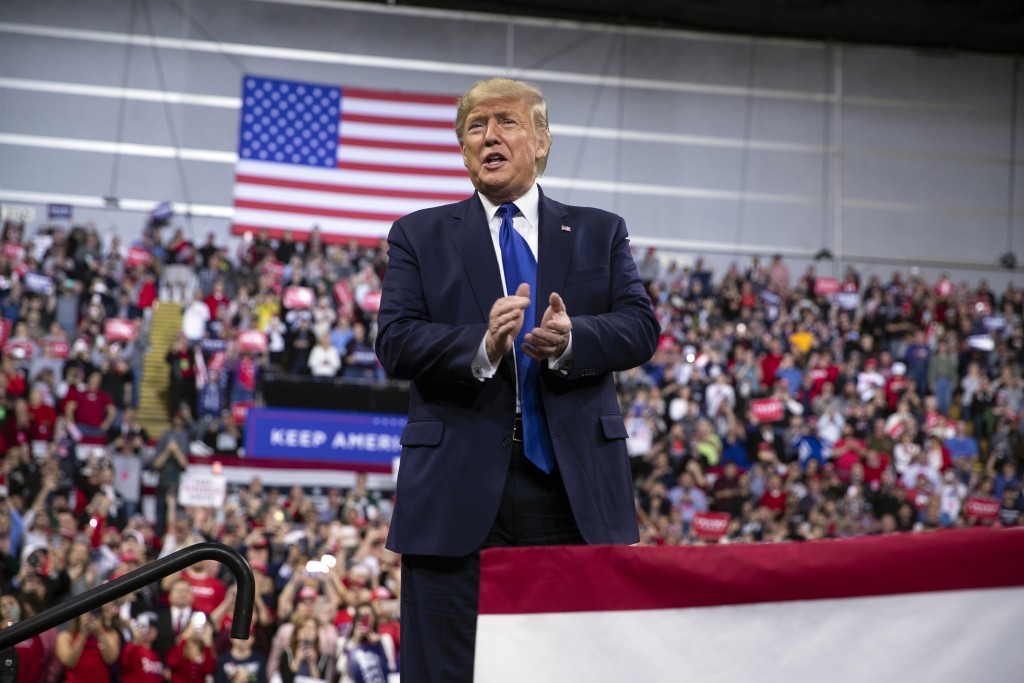 A look at how some of their claims compare with the facts:

Trump has argued that the updated trade agreement with Canada and Mexico will pay for the wall because of economic benefits he predicts will come from the deal. Nothing in the trade agreement would cover or refund the construction cost or require a payment from Mexico.

Instead, he is assuming a wide variety of economic benefits that can't be quantified or counted on. For example, he has said the deal will dissuade some U.S. companies from moving operations to Mexico and he credits that possibility as a payment by Mexico.

The agreement preserves the existing liberalized environment of low or no tariffs among the U.S., Mexico and Canada, with certain improvements for each country.

Although his 2016 campaign left open the possibility that Mexico might somehow contribute to the cost indirectly, Trump repeatedly roused his crowds with the straight-ahead promise: “I will have Mexico pay for that wall.”

TRUMP: “We’ve created 7 million jobs since the election including more than 1 million manufacturing and construction jobs. Nobody thought that was possible.”

THE FACTS: Those numbers are less impressive than Trump claims.

Government figures do back the president’s statements. But the job gains under Trump over the past three years were lower than during the final three years of Barack Obama’s presidency. More than 8 million jobs were added during that period under Obama, including 1.2 million combined in manufacturing and construction. What these figures suggest is that much of the job growth under Trump reflects the momentum from a recovery that officially began in the middle of 2009.

TRUMP: “Our military has been totally rebuilt.”

THE FACTS: It hasn’t.

It’s true that his administration has accelerated a sharp buildup in defense spending, including a respite from what the U.S. military considered to be crippling spending limits under budget sequestration.

But a number of new Pentagon weapons programs, such as the F-35 fighter jet, were started years before the Trump administration. And it will take years for freshly ordered tanks, planes and other weapons to be built, delivered and put to use.

The Air Force’s Minuteman 3 missiles, a key part of the U.S. nuclear force, for instance, have been operating since the early 1970s and the modernization was begun under the Obama administration. They are due to be replaced with a new version, but not until later this decade.