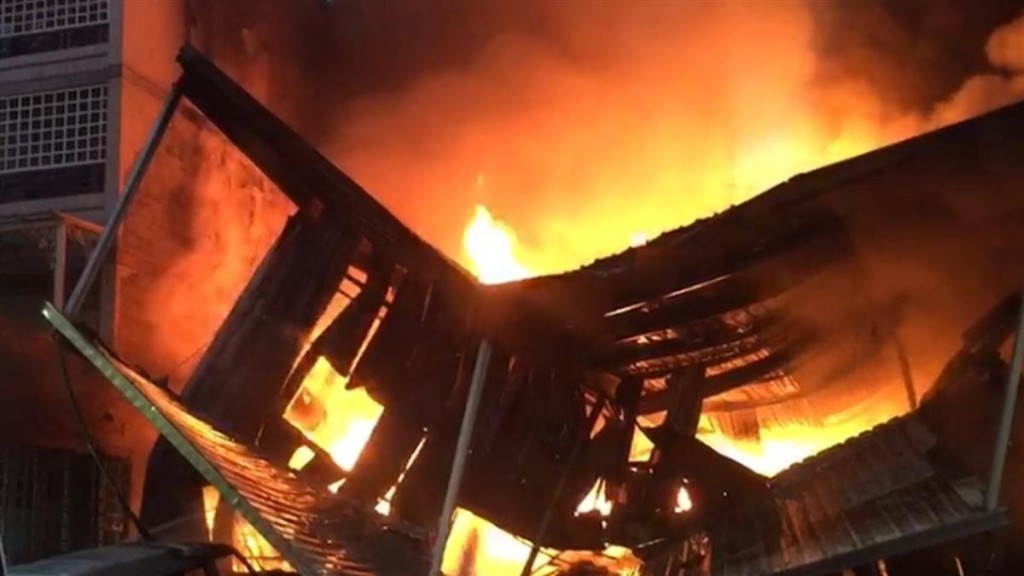 At 6 a.m. on Wednesday morning, the Kaohsiung City Fire Bureau received a report about a fire at a factory complex covering over a thousand ping (a ping equals 3.3 square meters) on Dongchang Street in Nanzi District, reported CTS News. Since it was next to a residential building and 50 meters away from a gas station, firefighters moved quickly to contain the blaze.

As there was a large quantity of textile manufacturing materials in the factory, the fire had plenty of fuel to spread and intensify. Witnesses saw flames leaping from the building and heard a series of explosions. Fortunately, there were no deaths or injuries reported from the blaze, reported SET News. However, the thick smoke led the Kaohsiung City Government Environmental Protection Bureau (EPB) to dispatch inspectors to monitor the scene and issue an air quality deterioration notice.

Nearby residents noticed heavy smoke and a peculiar odor drifting in the air over the district. Due to weak wind speed today, conditions are less than optimal to disperse air pollutants churned out by the fire.

The Kaohsiung EPB said that because dispersal conditions will be poor through noon, residents are advised to avoid vigorous outdoor sports and to wear masks when venturing out. The bureau said that in the afternoon, sea winds should help blow away the pollutants to some extent. Videos captured by a nearby residents of the smoke plume billowing from the fire: