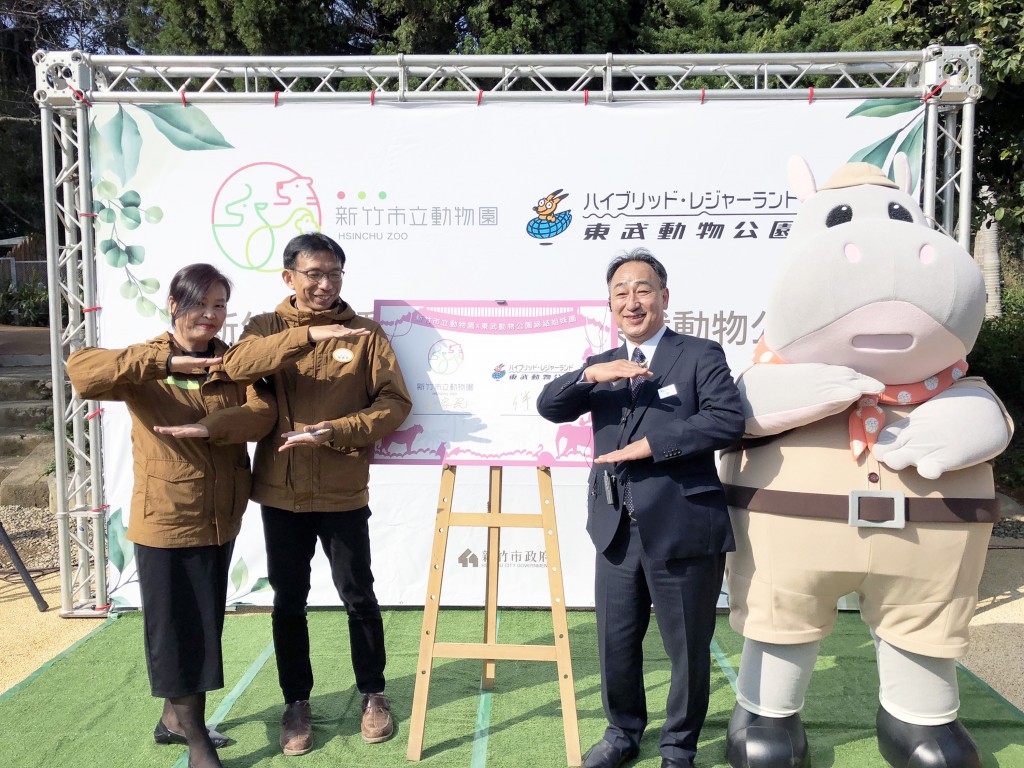 Hsinchu Zoo in northern Taiwan and Tobu Zoo in Japan's Saitama Prefecture established sisterhood relations Tuesday to build cooperation on the care and protection of animals.

At the signing ceremony in Hsinchu, the city's Deputy Mayor Shen Hui-hung (沈慧虹) said she hopes that through the agreement, Hsinchu Zoo will learn from the outstanding wildlife conservation efforts of its sister facility in Japan.

The two zoos will conduct regular exchanges on animal care and conservation, with the Hsinchu zoo taking the opportunity to increase its soft power and upgrade its animal breeding expertise, she said.

The sisterhood agreement was signed by Hsinchu Zoo Director Yang Chia-min (楊家民) and his Tobu counterpart Mitsuo Ban and witnessed by Shen.

Hsinchu Zoo, which had been under renovation for two years, reopened last month with a fresh purpose of serving as facility for life education and the protection of animals.

Tobu Zoo, meanwhile, which opened in 1981 as the 80th anniversary project of Tobu Railway, is a popular hybrid theme park, comprising a zoo, an amusement park and a swimming pool.

The zoo, one of the few places where the rare white tiger species can be seen, plans to set up an observatory area, modeled on Hsinchu Zoo's tropical rain forest gallery, to allow people to see the white tigers close up, Yang said as he introduced the Japanese zoo to local people.

Meanwhile, Ban said Tobu Zoo also has a Heartful Garden with 410 different kinds of plants that grow all year round and a Palette Garden in which there are flowers and fruit trees, including 3,000 Yoshino cherry trees.