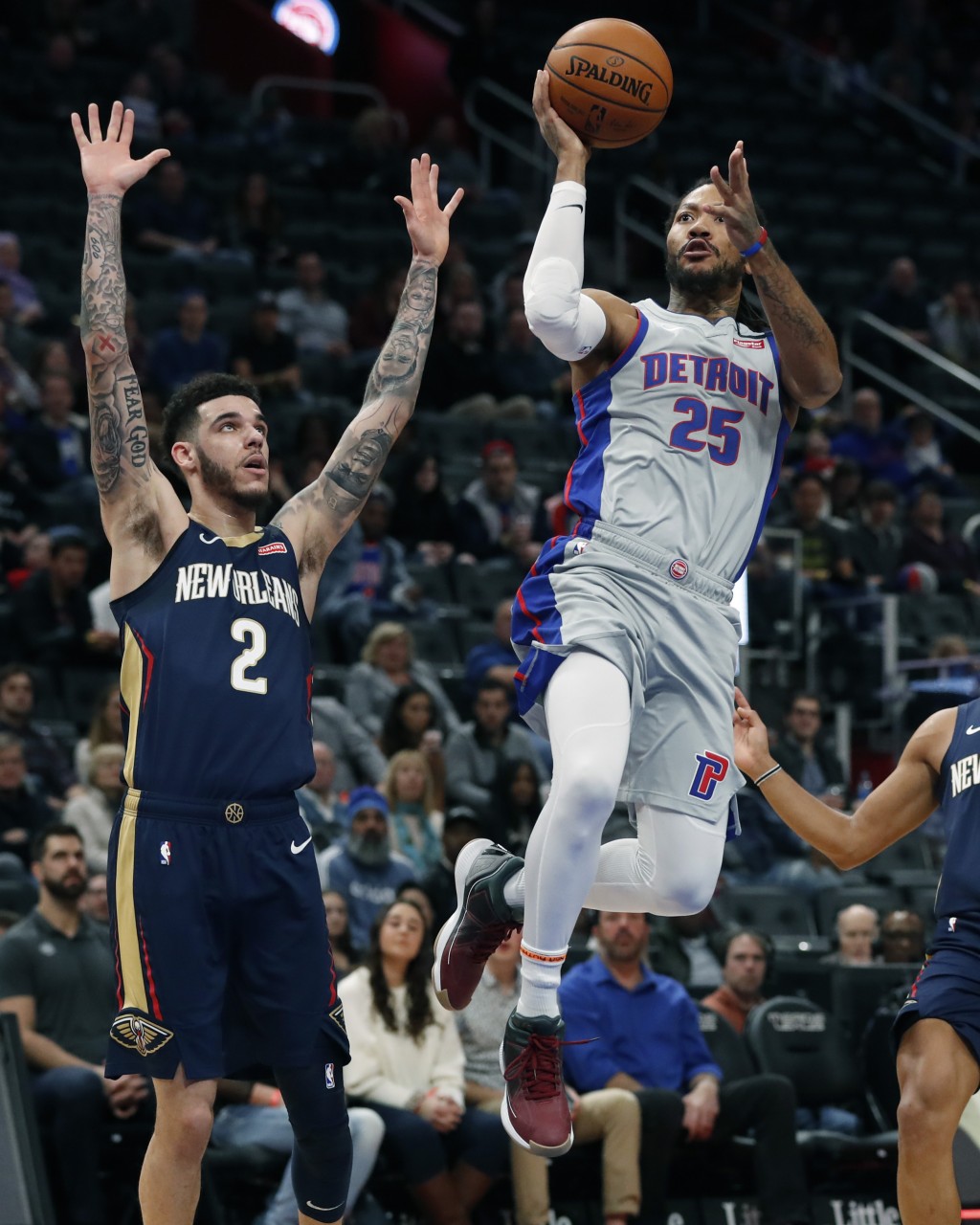 NEW YORK (AP) — Pistons guard Derrick Rose was fined $25,000 by the NBA on Tuesday for tossing a pen across the court during the end of Detroit's loss to New Orleans.

With 37 seconds left in overtime and play stopped on Monday night, Rose sat slumped on a courtside table and flung the pen into the stands. The Pelicans beat the Pistons 117-110.

The punishment was announced by NBA executive Kiki VanDeWeghe.

Rose had 23 points and eight assists, but it was a costly and frustrating night. His bank shot tied the score at 100 in regulation with 30 seconds left, capping Detroit's rally from 16 points down with 11 minutes remaining.

E'Twaun Moore missed two short jumpers, giving Detroit the ball with 14 seconds to go. That gave Rose a chance to replicate his winner from Dec. 9 in New Orleans, but he missed at the buzzer. In overtime, Rose had two turnovers in the last 90 seconds.