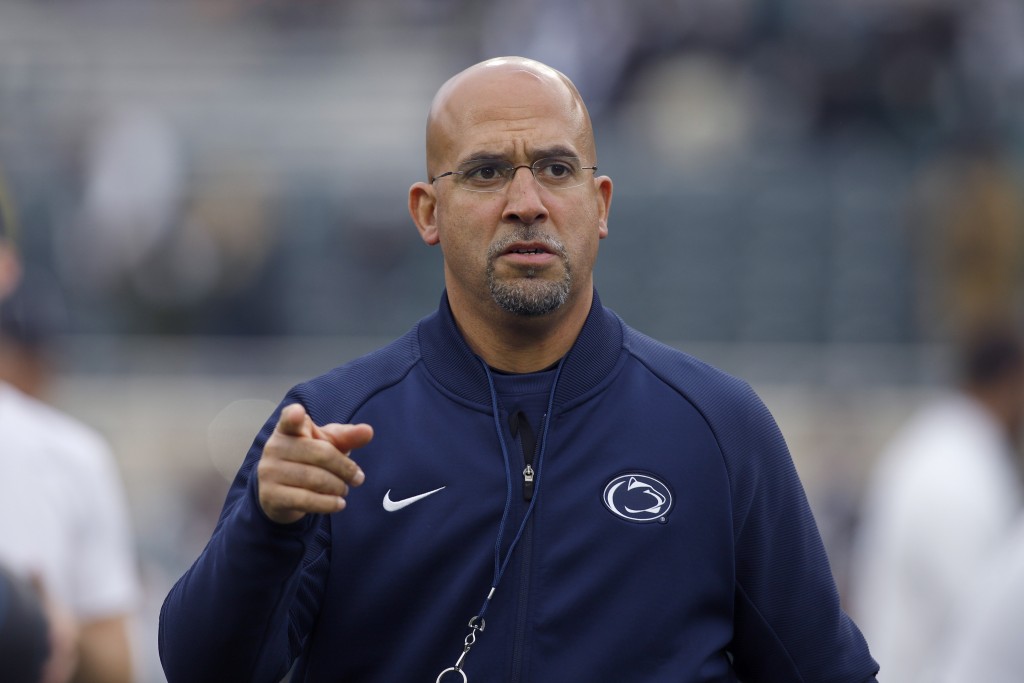 HARRISBURG, Pa. (AP) — A former Penn State football player claims in a lawsuit that Nittany Lions players hazed him and other younger teammates by imitating sexual acts in the shower and invoking Jerry Sandusky's name.

The player, who The Associated Press is not identifying because he hasn't spoken publicly on the matter, filed the lawsuit Monday in Pennsylvania federal court against the university, head coach James Franklin and one former teammate.

The school's own investigation found the ex-teammate had committed “prohibited behavior,” the complaint said.

University police turned over results of their investigation to the local district attorney, who declined to prosecute, Penn State said in a statement.

The allegations include that older players said to younger ones, “I am going to Sandusky you."

Sandusky was the team's retired longtime defensive coordinator when he was convicted in 2012 of sexual abuse of 10 boys, including physical attacks on university property. He is serving a 30- to 60-year state prison sentence.

Sandusky's arrest prompted the firing of Hall of Fame head coach Joe Paterno, and the university subsequently paid more than $100 million to people who said they had been abused by Sandusky.

The lawsuit claims some of the older players would physically restrain younger players, taunt them and engage in mock sex acts. It further claims that starting in January 2018, several players “collectively orchestrated, participated in, directed and or facilitated a campaign to harass and haze lower classmen members of the Penn State football team,” including the former player who sued.

A message seeking comment was left for the plaintiff's lawyers, Steven F. Marino and Joseph Auddino of Philadelphia. The AP does not generally name people who say they are victims of sexual abuse or similar crimes unless they consent to being identified.

Penn State's statement issued Tuesday said its Office of Sexual Misconduct Prevention and Response and the Office of Student Conduct investigated, and that Penn State police turned over results of its own investigation to Centre County District Attorney Bernie F. Cantorna.

“The DA reviewed the case and decided that no charges would be pursued,” the school said. A message was left seeking comment from Cantorna.

The teammate who was sued did not return a message that was sent to his university email account.

The lawsuit claims the plaintiff and his father both reported harassment and hazing in the football team locker room, but “no substantive action was taken” in response by Franklin or the team.

The former Penn State player alleges he was retaliated against for making the reports, including scorn from coaches, “irrational and inappropriate censure” by the team's academic adviser and denial of medical accommodations to treat anxiety and narcolepsy. He believes he was also shunned by other players and said he received threats.

The plaintiff is seeking damages on claims of negligence against Penn State, Franklin and his former teammate, as well as assault and battery, conspiracy and intentional infliction of emotional distress against the former teammate.

The plaintiff has since transferred out of Penn State and attends a different school.