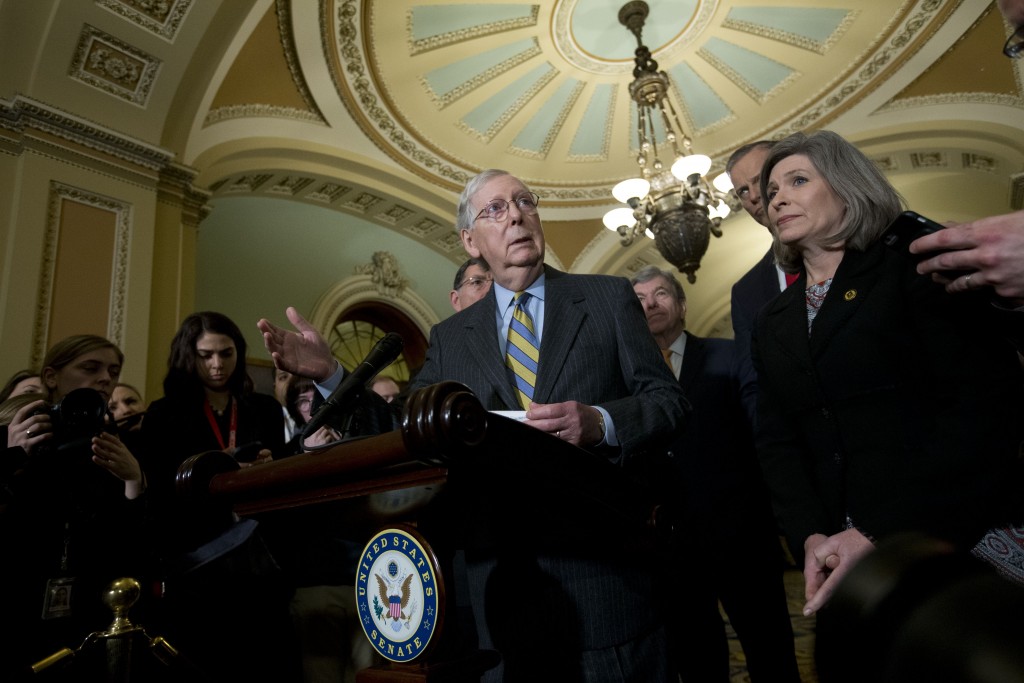 WASHINGTON (AP) — Republicans controlling the Senate are taking advantage of delays in President Donald Trump's impeachment trial to speed up a vote on a modified North American trade pact.

Thursday's expected vote promises sweeping bipartisan support for legislation implementing the terms of the United States-Mexico-Canada Agreement. It would replace the 25-year-old North American Free Trade Agreement, which Trump and many lawmakers blames for shipping U.S. manufacturing jobs to Mexico.

The Senate vote would follow a sweeping vote in the Democratic-controlled House last month and would send the legislation to Trump for his signature. House Speaker Nancy Pelosi played a central role in modifying the pact further to assuage allies in organized labor, such as AFL-CIO President Richard Trumka.

The agreement is projected to have only a modest impact on the economy. But it gives lawmakers from both parties the chance to support an agreement sought by farmers, ranchers and business owners anxious to move past the months of trade tensions that have complicated spending and hiring decisions.

Trump made tearing up NAFTA a hallmark of his presidential run in 2016 as he tried to win over working-class voters in states such as Michigan, Ohio, Wisconsin and Pennsylvania.

The new pact contains provisions designed to nudge manufacturing back to the United States. For example, it requires that 40% to 45% of cars eventually be made in countries that pay autoworkers at least $16 an hour — that is, in the United States and Canada and not in Mexico.