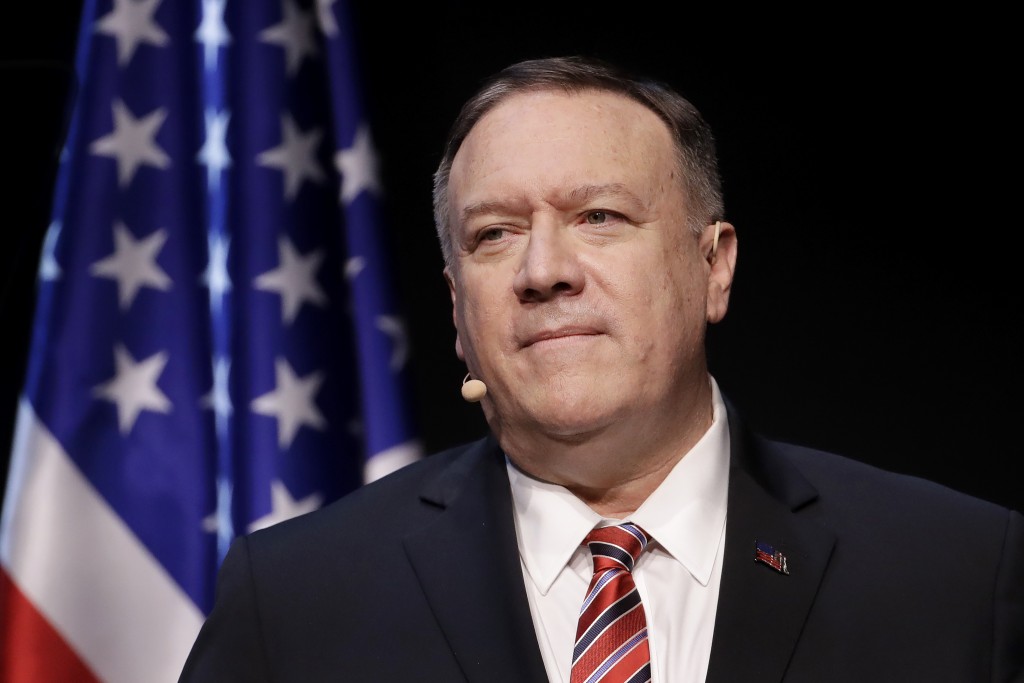 WASHINGTON (AP) — Secretary of State Mike Pompeo met Tuesday with his Japanese and South Korean counterparts to discuss stalled nuclear talks with North Korea and stress the importance of America's relationship with both countries.

The meeting in California came as the Treasury Department announced new sanctions on North Korea for failing to comply with a U.N. requirement to bring home guest workers that provide the isolated nation with much needed foreign currency.

In a three-way meeting, Pompeo, Kang, and Motegi spoke of the importance of their alliances “to security and prosperity in the Indo-Pacific region and the world," the State Department said. “They also stressed that trilateral cooperation is essential to ensure the future of peace in the region.”

President Donald Trump and his national security aides have said repeatedly in recent days that they would like to return to the negotiating table with North Korean leader Kim Jong Un, who has shunned talks with the U.S. since a failed attempt to restart talks in Sweden in October.

U.S. officials, including national security adviser Robert O'Brien, have said they are reaching out to the North with that message. O'Brien said Sunday that Washington is hopeful for a positive response since Kim did not follow through on a threat to deliver a “Christmas gift” to the U.S. that many believed could have been a new nuclear or long-range missile test.

As Pompeo held his talks in Californina, the Treasury Department in Washington announced that it had imposed sanctions on two North Korea-affiliated companies that continue to provide North Korean labor abroad in violation of U.N. Security Council sanctions.

“The exportation of North Korean workers raises illicit revenue for the government of North Korea in violation of UN sanctions,” said Treasury Secretary Steven Mnuchin said in a statement.

The two companies are North Korea's Namgang Trading Corporation and the China-based firm Beijing Sukbakso. The sanctions freeze any assets the two have in U.S. jurisdictions and bar Americans from doing business with them. In addition, foreign firms that do business with either may be subject to U.S. sanctions, Treasury said.