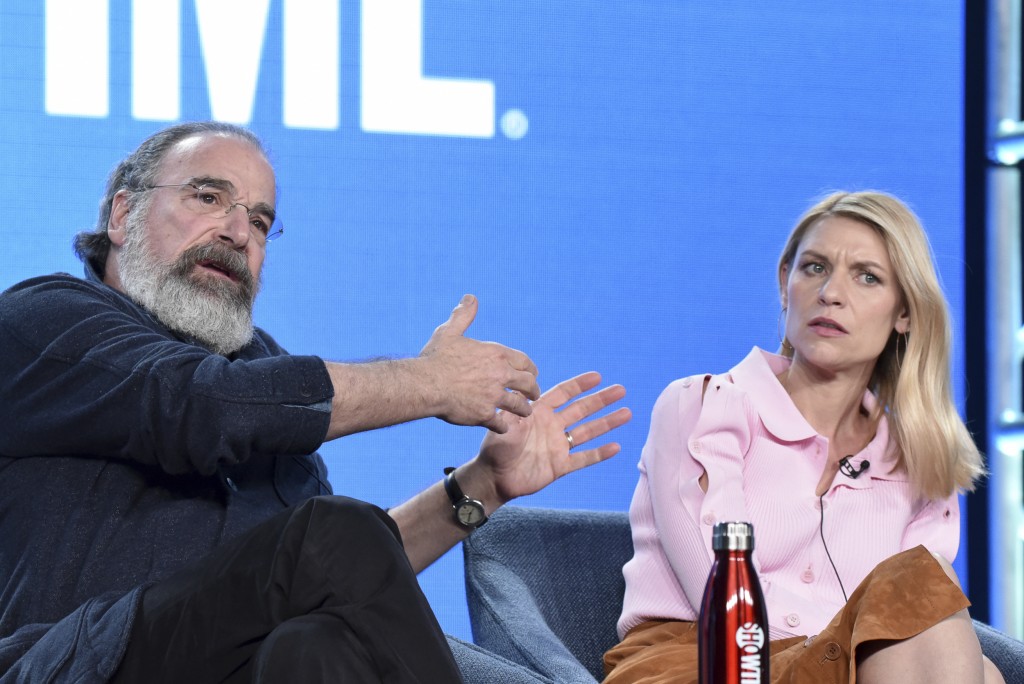 During a panel discussion about the Showtime spy thriller’s final season, Patinkin delivered a passionate speech about the respect he said it deserves and isn't getting from the White House.

“To watch this current administration, and the contagion and cancer that affects the world globally of going to war with the intelligence community ... the cost of that war is just a stunner,” Patinkin told a TV critics meeting Monday. Without referring to President Donald Trump by name, the actor said “you can’t have it both ways” in accepting the intelligence community’s analysis when desired but dismissing its findings on 2016 election interference.

He issued a plea to “Homeland” viewers worldwide to “use their minds in seeking out what they believe is the truth ... so when they go to the polls to elect their officials, they are voting for people that they believe will stop the killing, the hatred and the violence, stop the conflicts, and change the course of humanity, which is profoundly broken right now."

Patinkin stars opposite Claire Danes in the series that will wrap its eighth season that begins Feb. 9. Series co-creator and executive producer Alex Gansa predicted loyal viewers will be satisfied.

“Season eight is for the people that have stuck with the show all of these years, and they are going to get their rewards,” Gansa said.

So will those in the spy game who have helped ground the series by sharing their professional insights with the producers and cast, Patinkin said.

“Without giving anything away, the members of the intelligence community that became an integral part of our journey and our audience” won’t be disappointed in how the series ends, he said, adding, “and not in a simplistic way and not in a sentimental way."