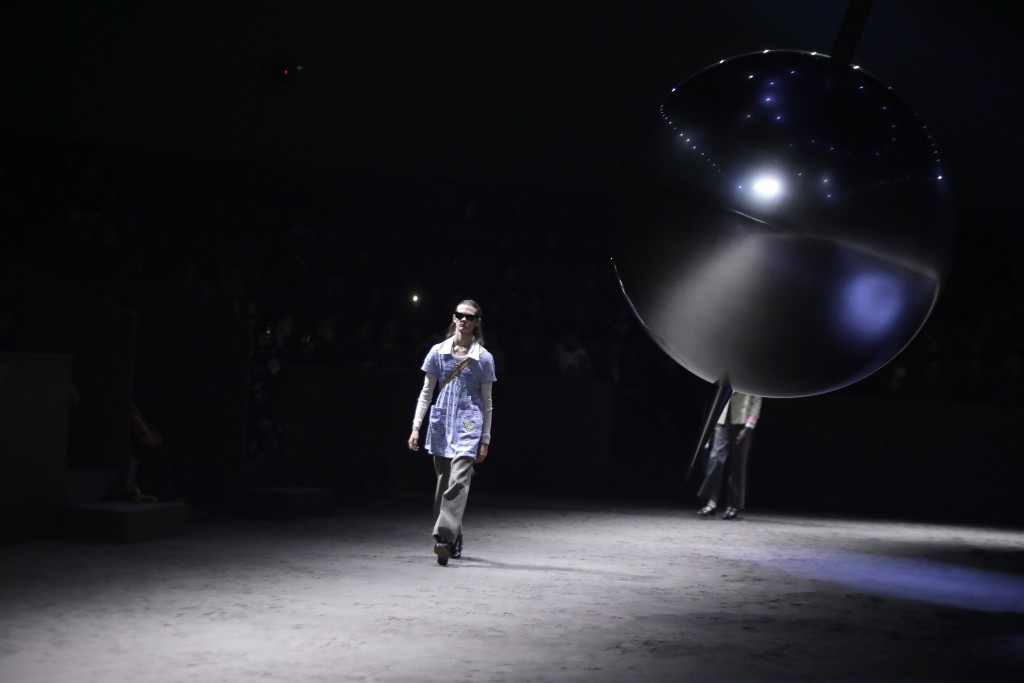 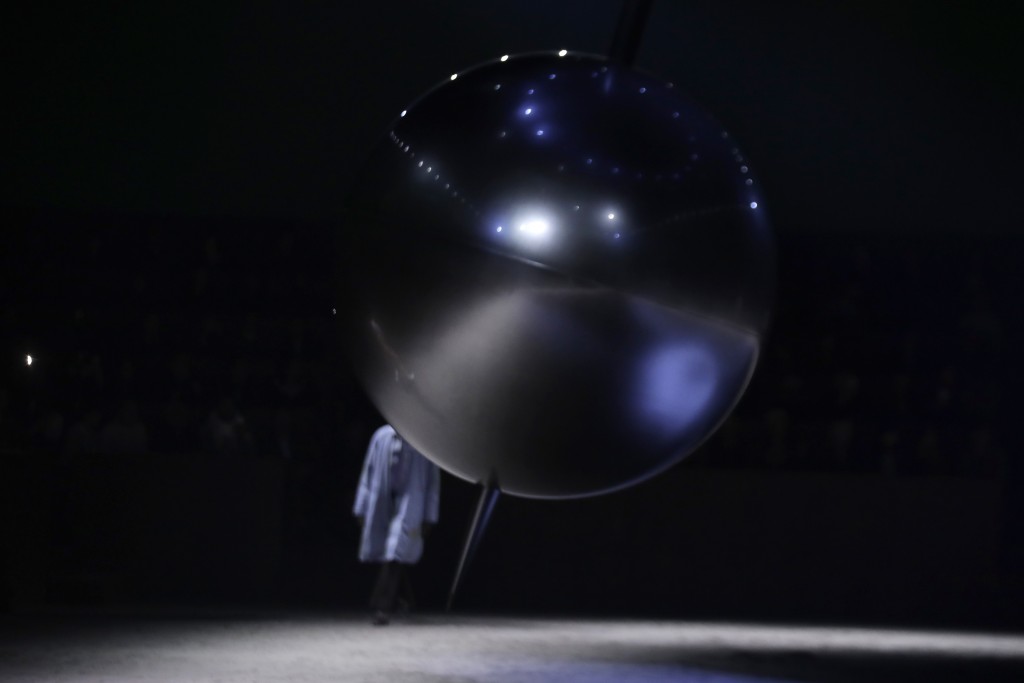 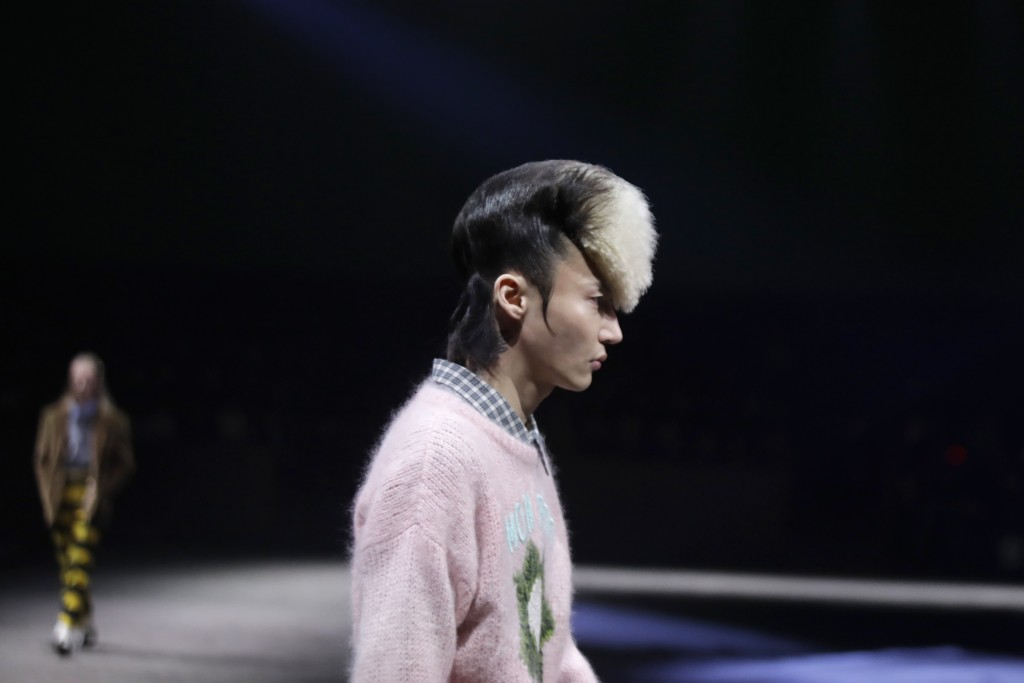 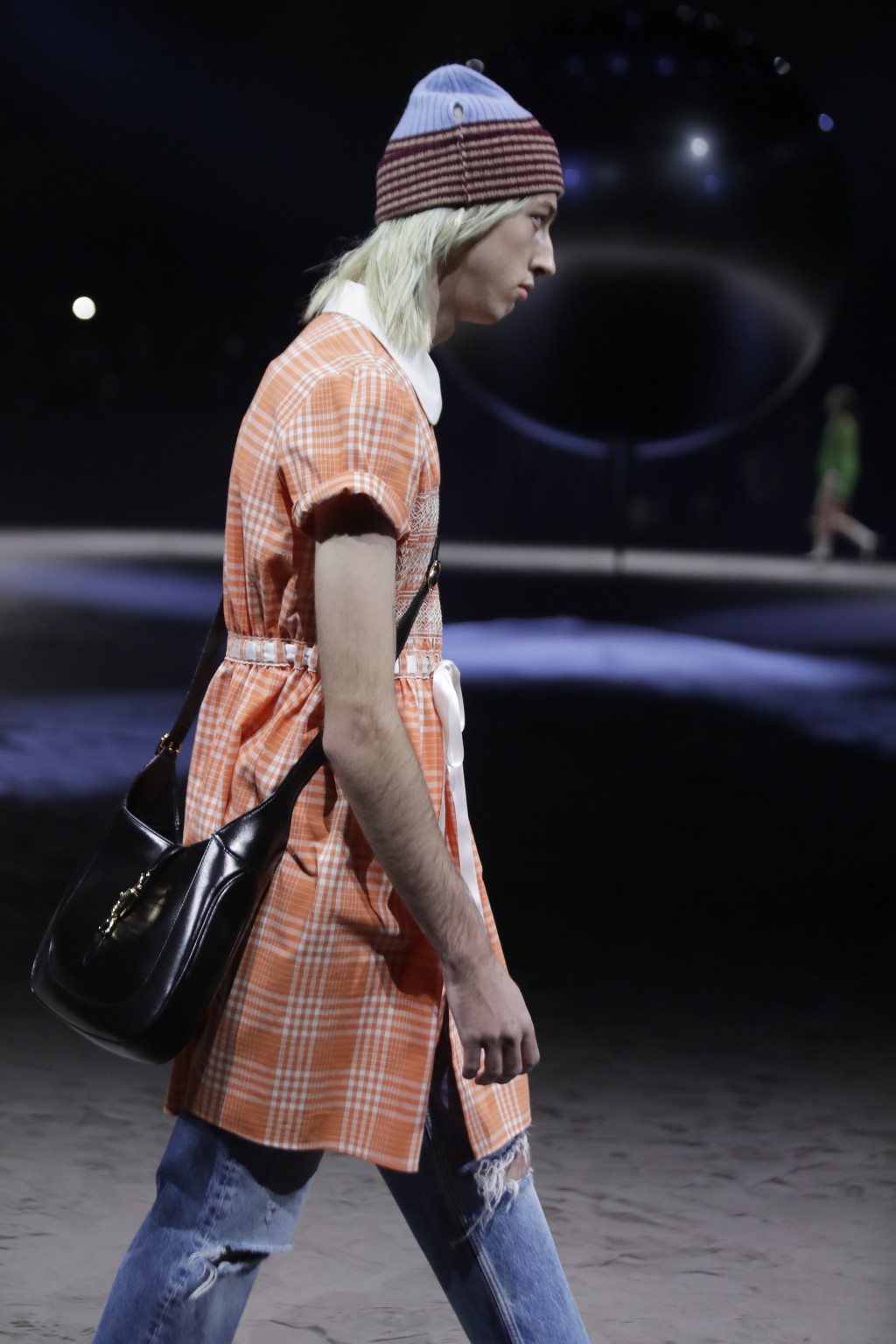 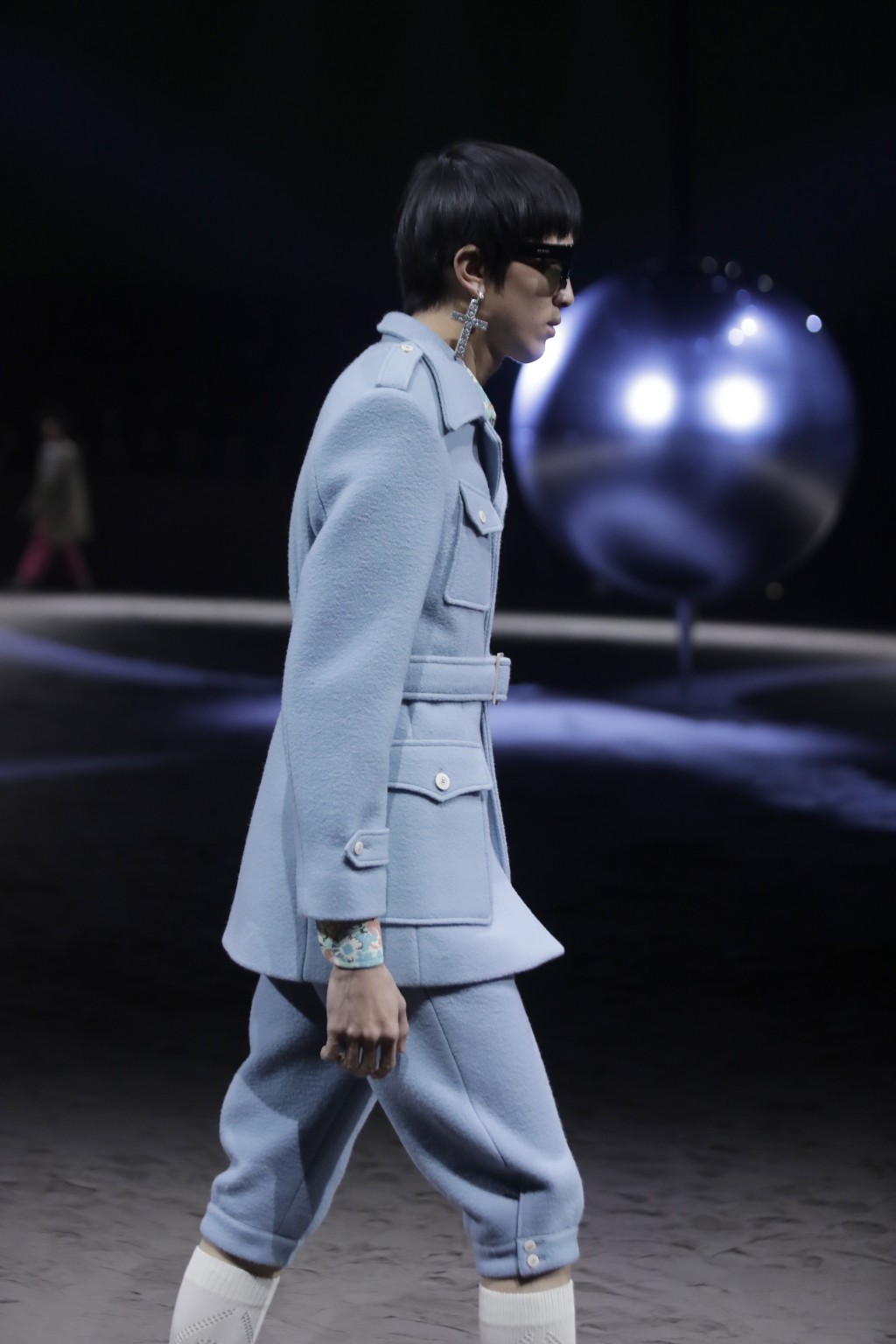 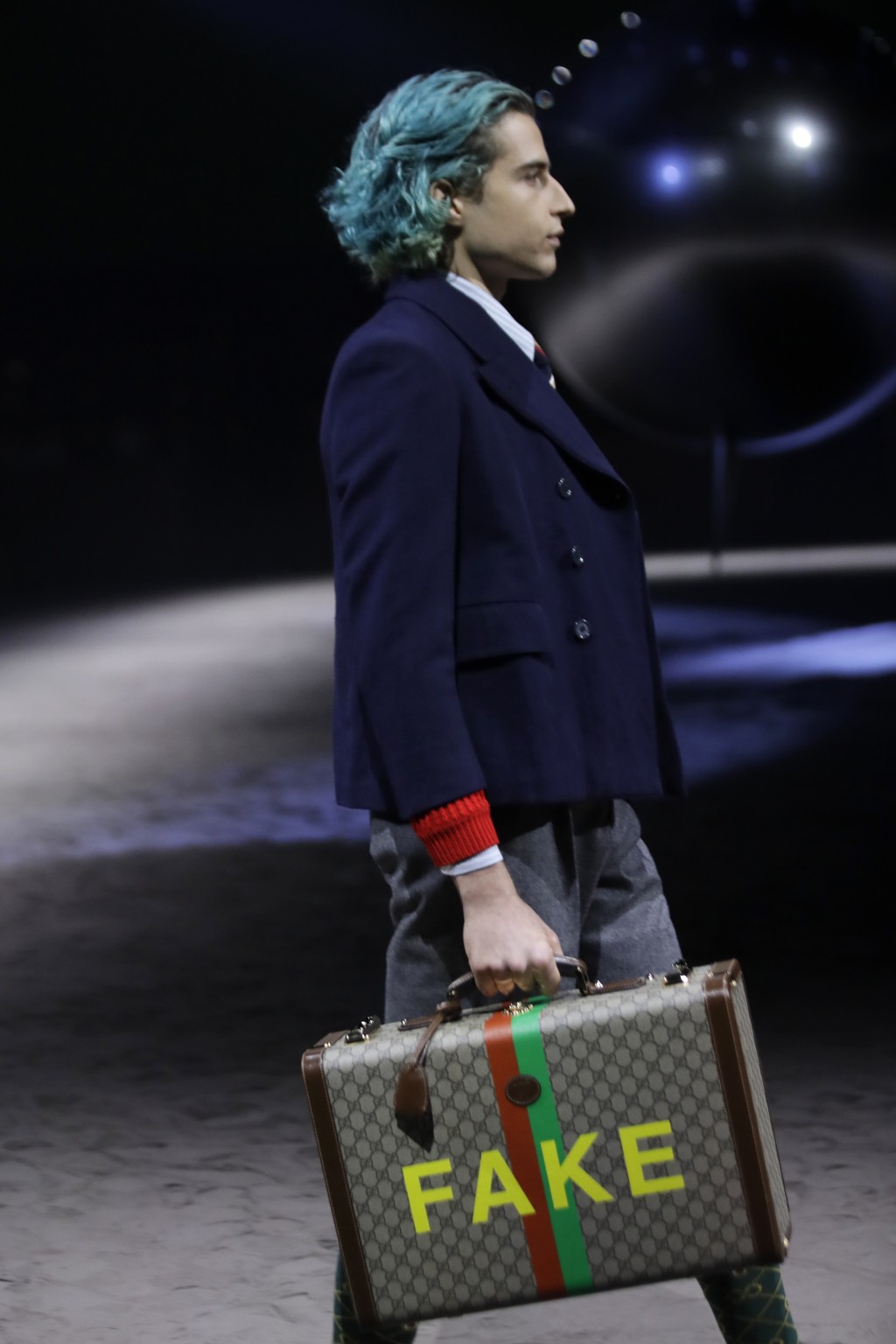 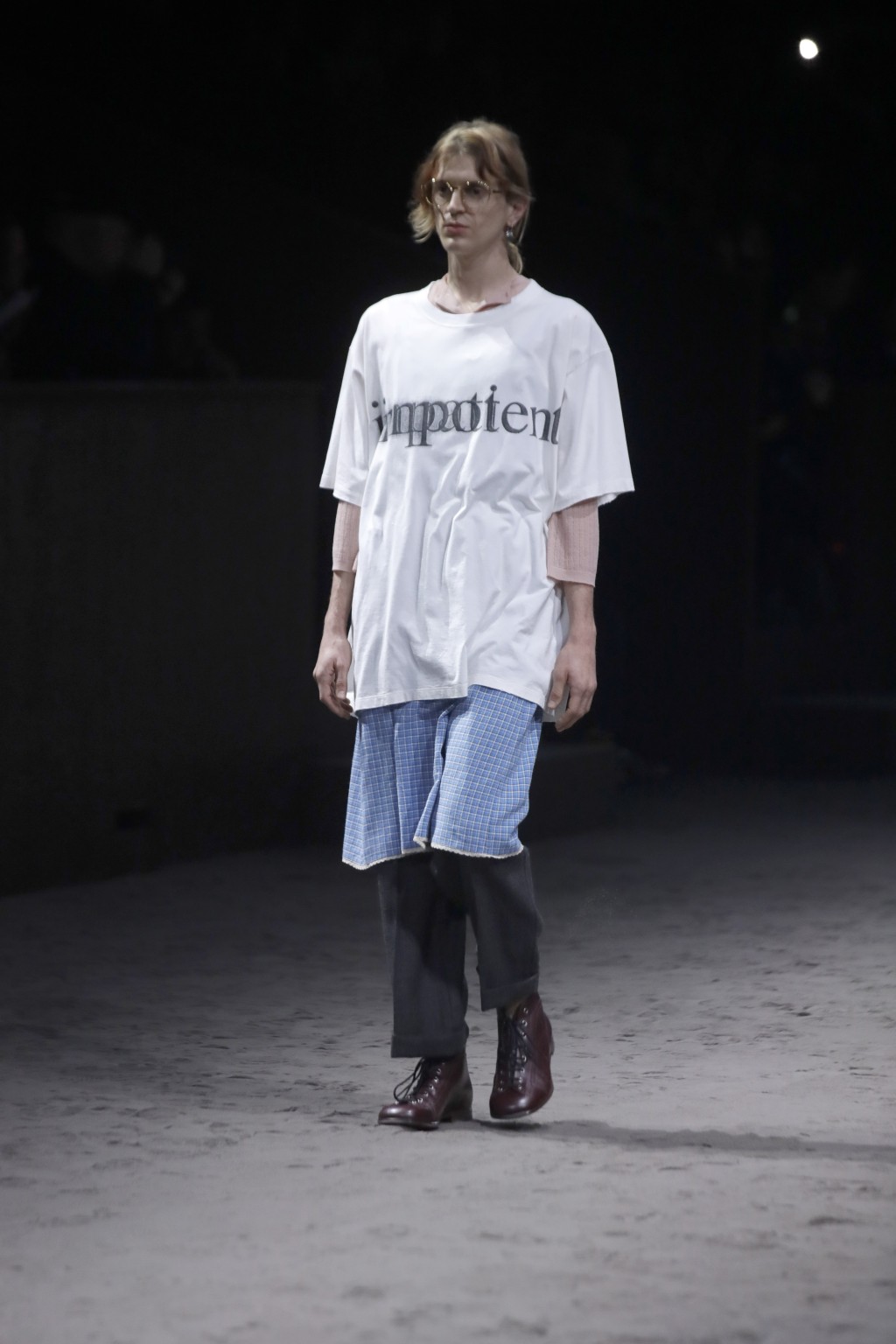 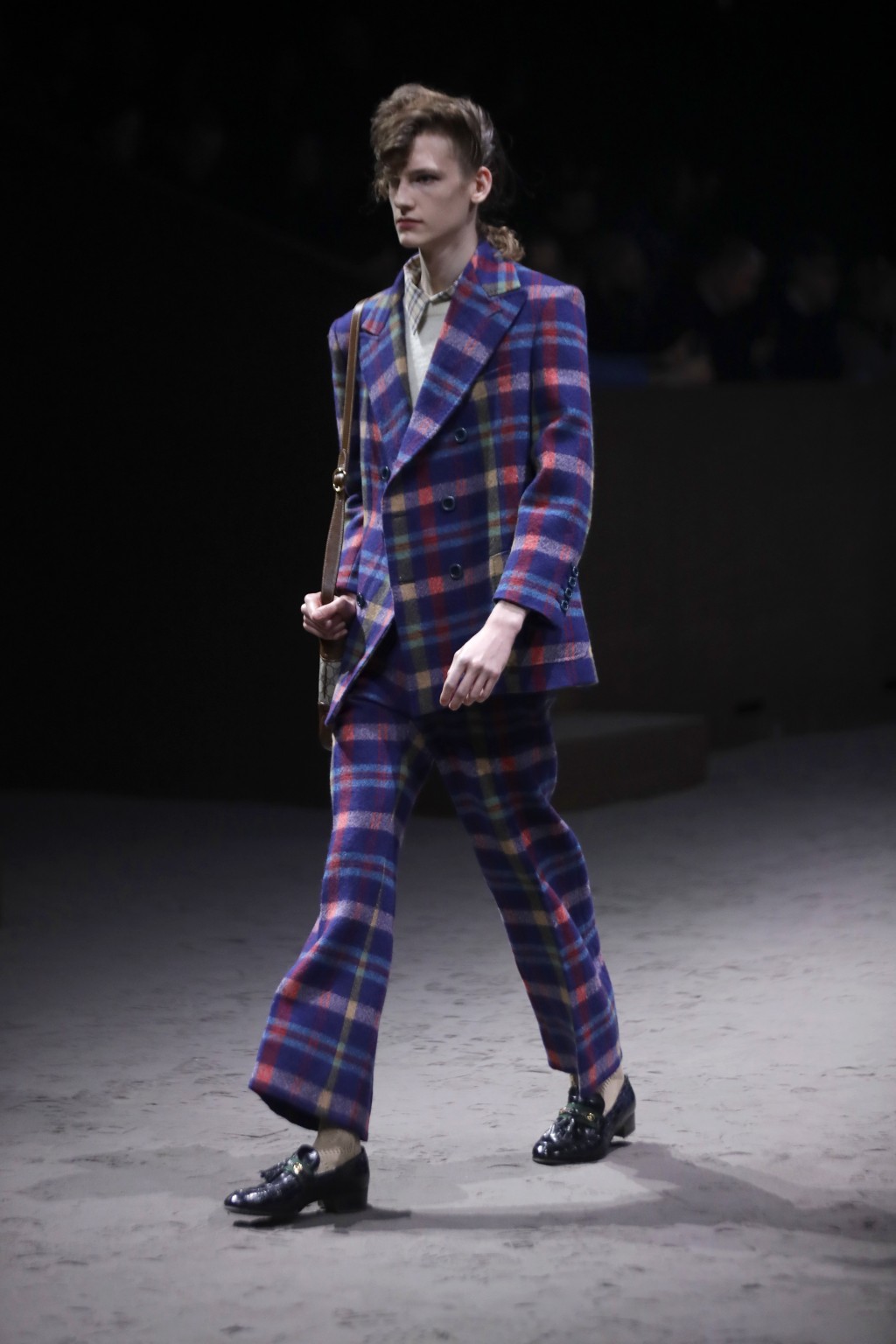 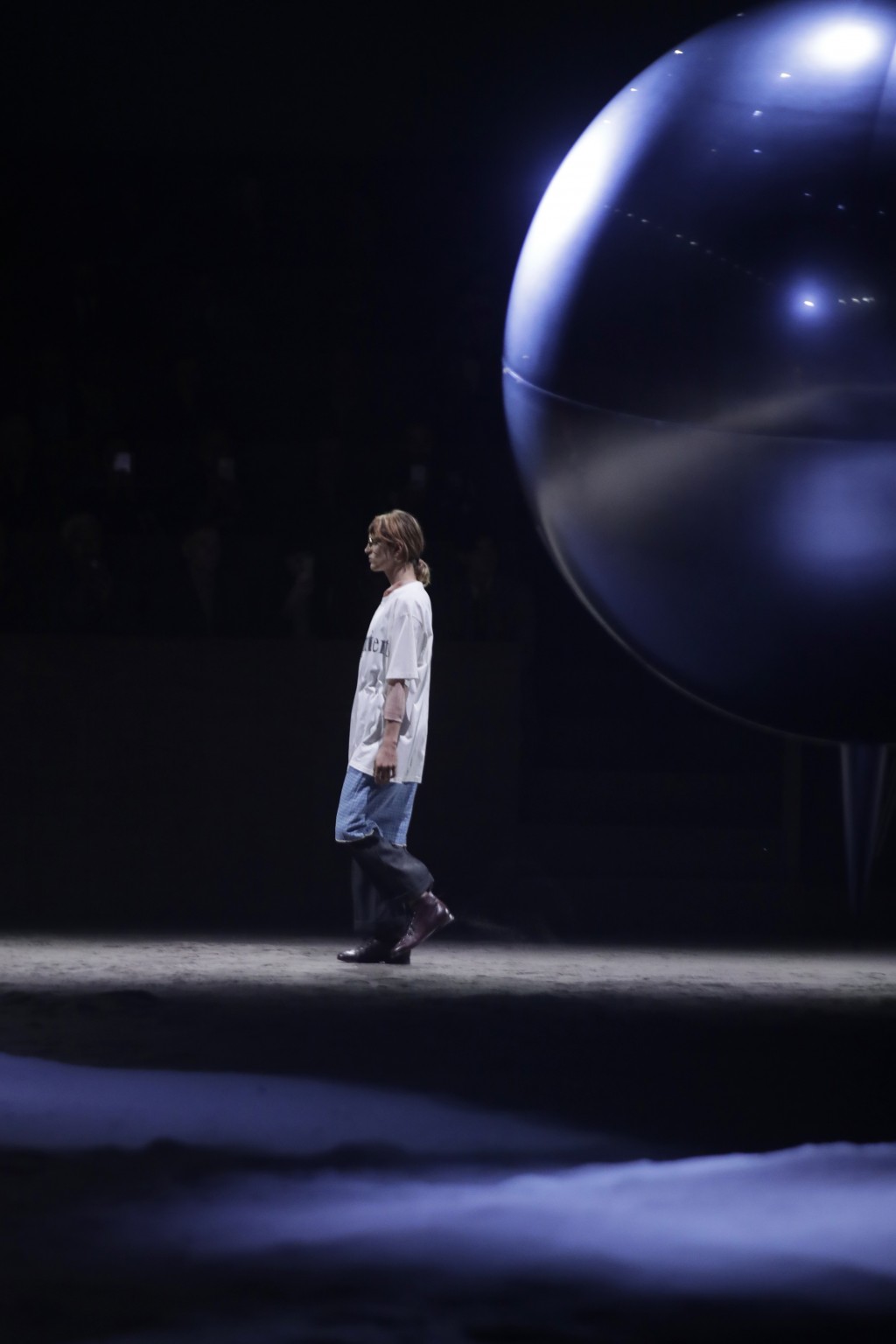 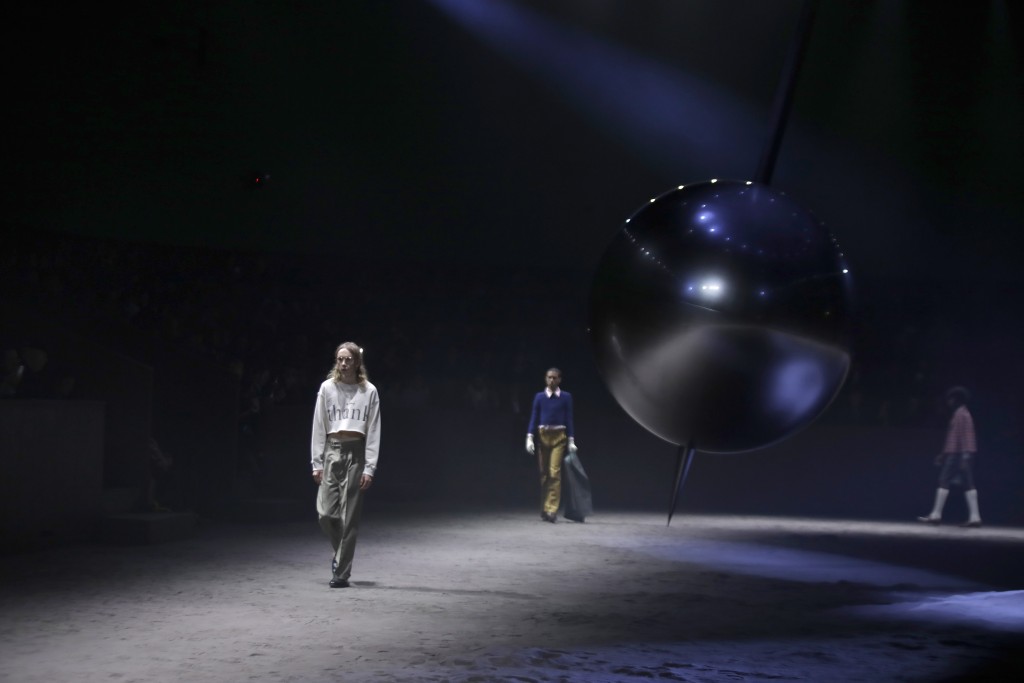 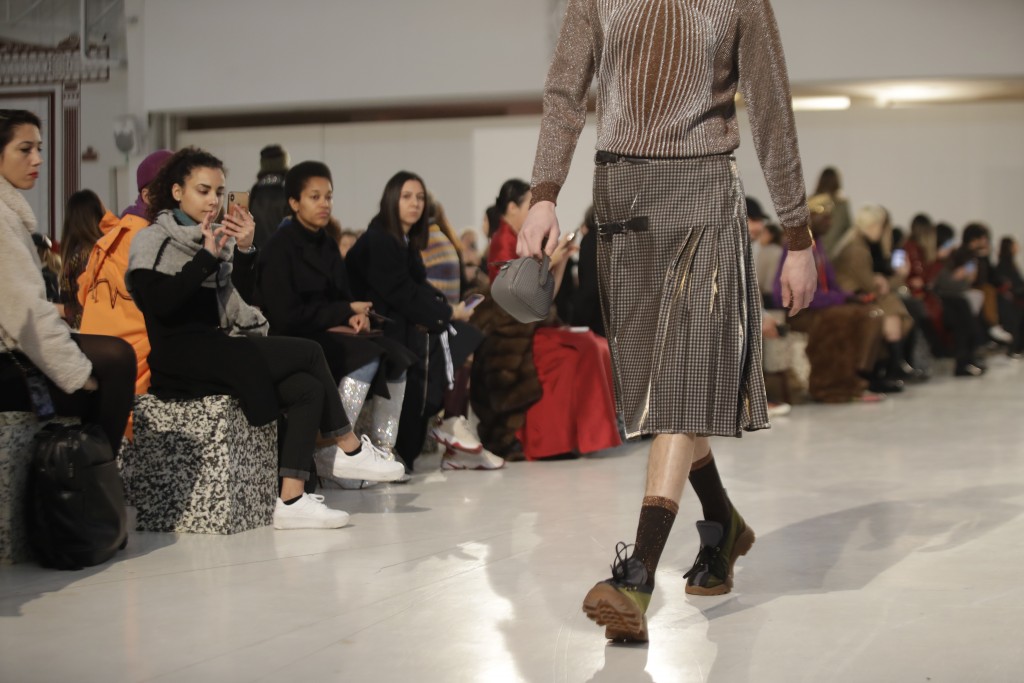 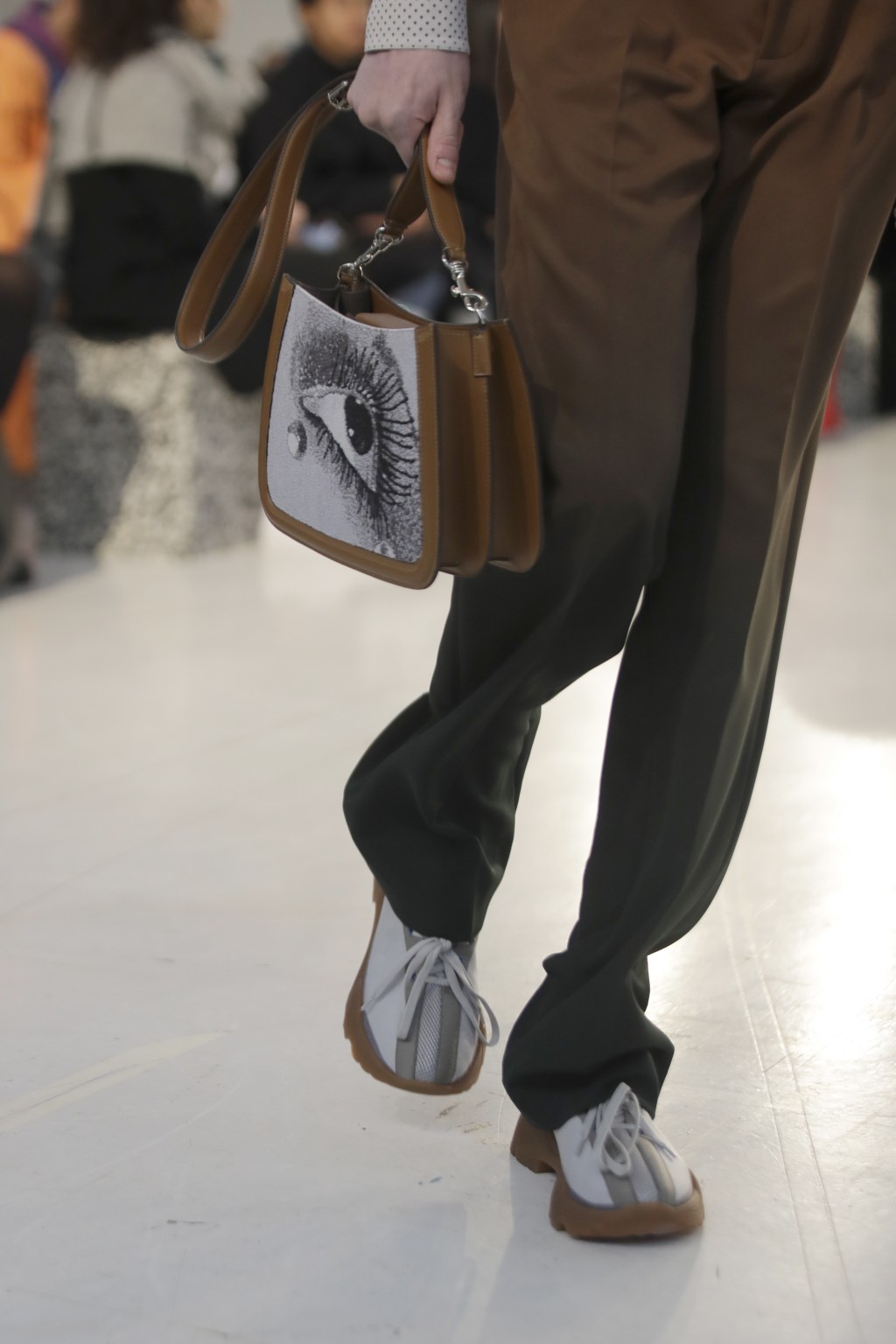 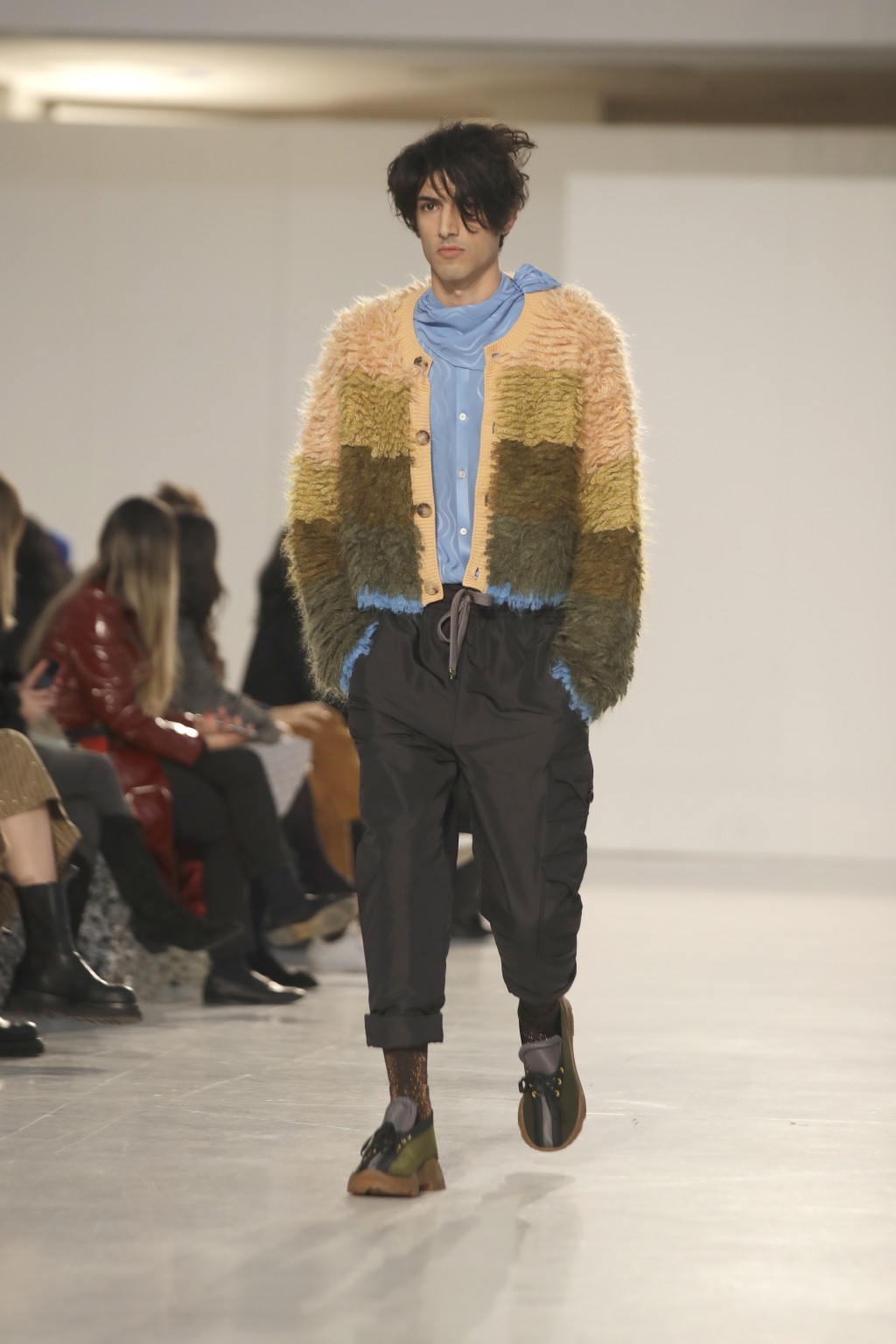 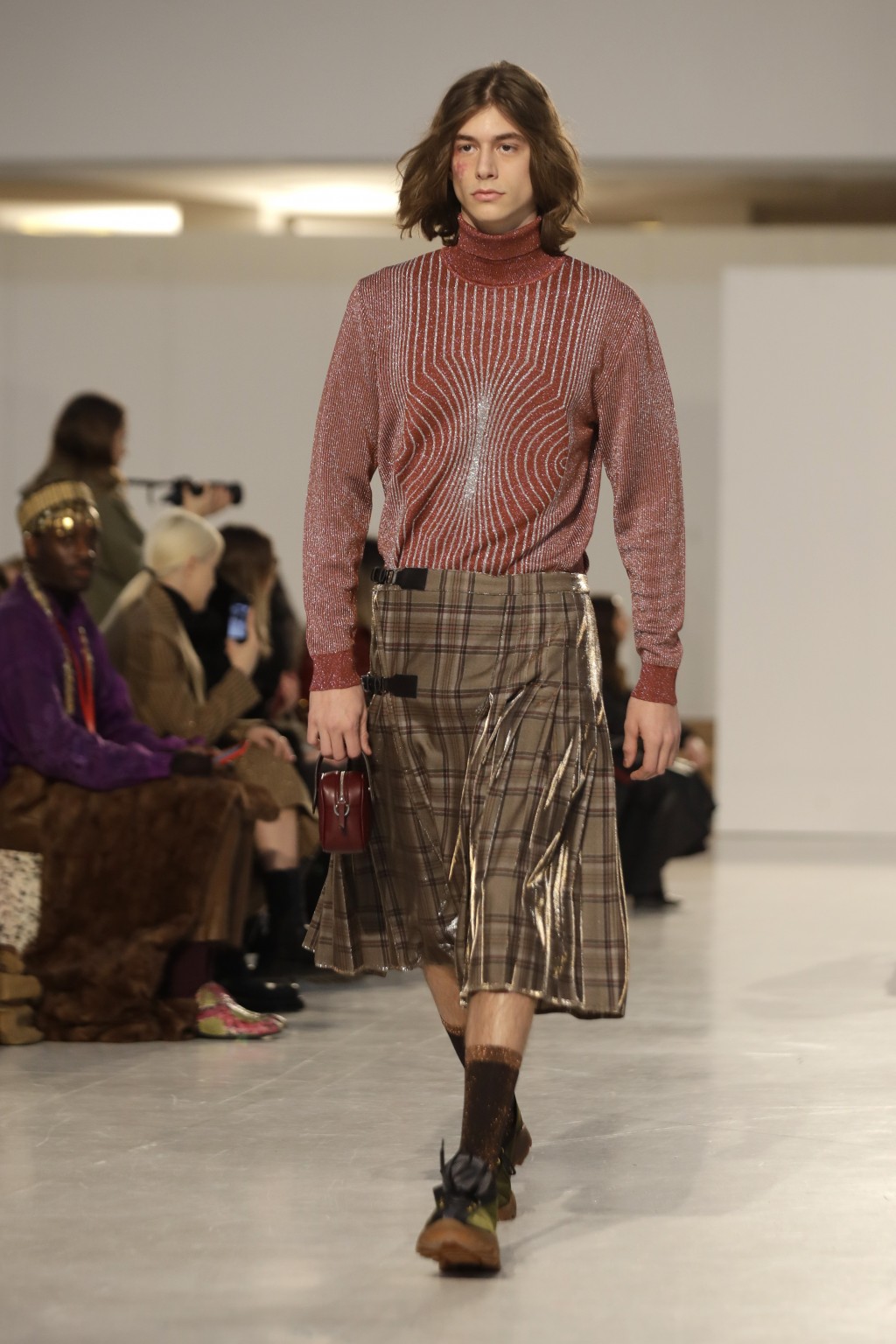 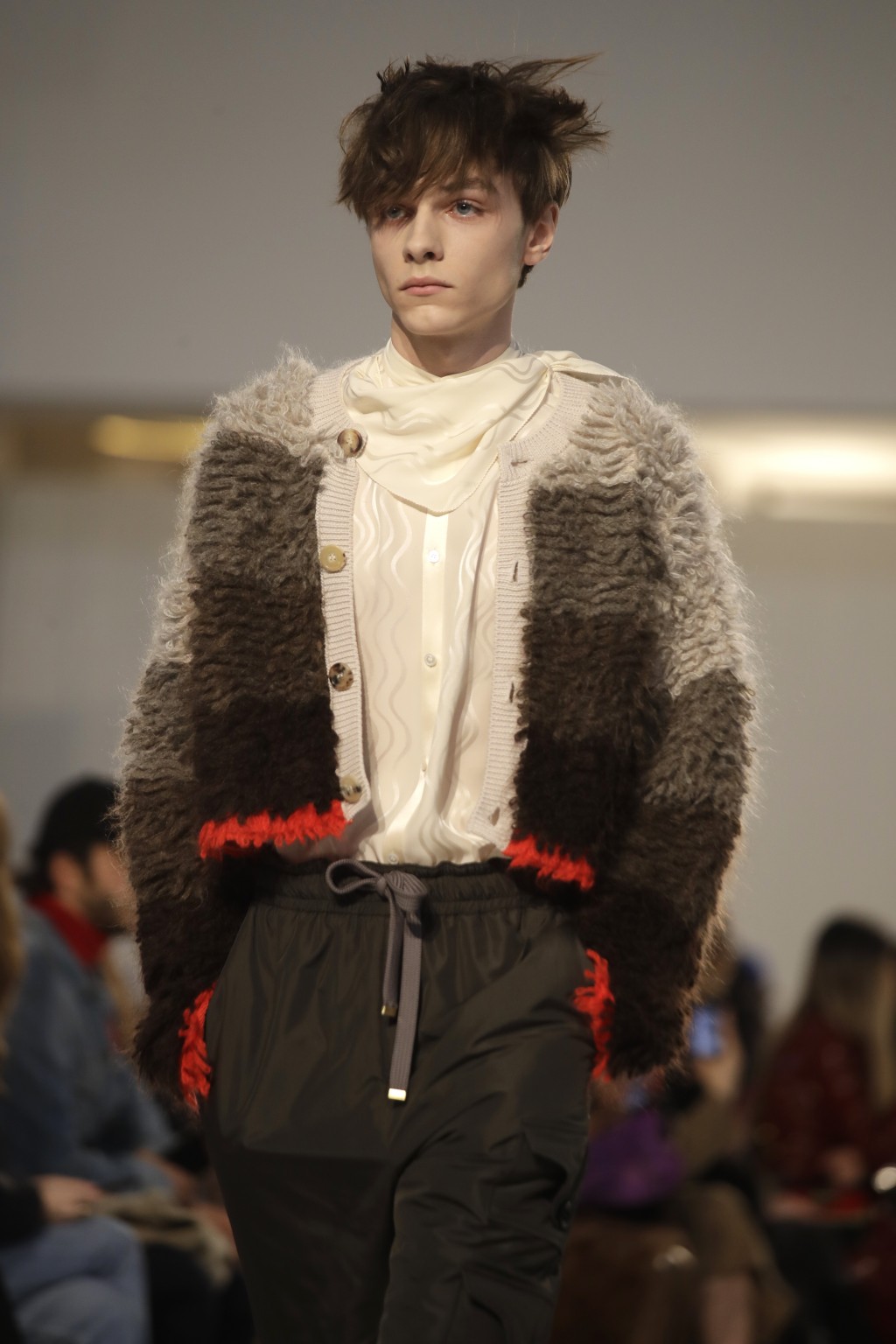 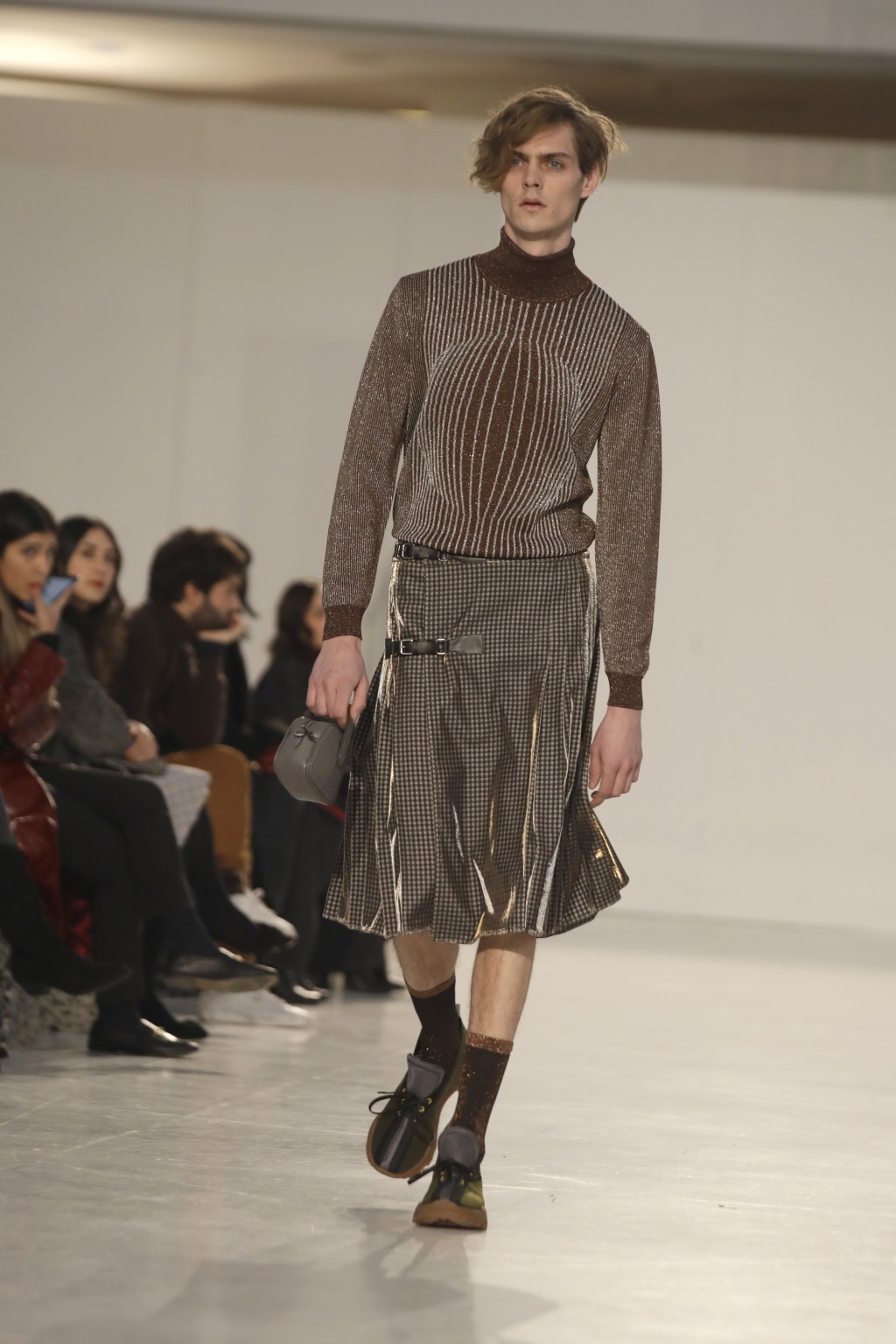 MILAN (AP) — If any one designer can take credit for revolutionizing menswear, it is Gucci’s Alessandro Michele, who made his runway debut as creative director five years ago with a menswear collection that challenged masculine codes.

This week’s menswear previews for Fall/Winter 2020/21 confirmed the shifting conversation around men’s dressing. Designers across the spectrum made clear that introducing feminine elements to a man’s wardrobe — in colors, silhouettes and textiles — is a durable trend into the new decade.

‘’I don’t want to give the impression I want to deconstruct or destroy the masculine world. I want to enlarge it,’’ Michele told reporters after Gucci closed five days of mostly menswear previews for Fall/Winter 2020/21.

Michele is inviting his Gucci tribe to discover their inner child and ``relearn’’ what it is to be masculine.

‘’Stereotypical ways of being masculine are dangerous to men and dangerous to women,’’ Michele told reporters. In show notes, a sort of manifesto written like a homework assignment on lined composition paper, Michele amplified the point, saying masculinity ‘’is often molded by violently toxic stereotypes’’ and that ‘’any possible reference to femininity is aggressively banned, as it is considered a threat.’’

Michele’s first five years at Gucci have led the way to blurrier gender lines in Milan luxury fashion, while also recognizing overlooked or marginalized groups beyond traditional gender norms. But the strong tones in his manifesto also belied frustration at the pace of progress, and his invitation to return to childhood innocence to establish new gender codes suggested that the only way forward is to go back and start over. The validity of his manifesto is clear in the still-mounting #MeToo movement — strong in the U.S., but non-existent in Gucci’s native Italy.

On the runway, Michele’s approach is more flower power than overt revolution: There are no hard edges, and slogans are gentle provocations. ‘’Impatience/Impotence,’’ reads one T-shirt, a collaboration with punk rocker and writer Richard Hell. ‘’Think/Thank'' another. A second runway collaboration, with Liberty London, got to the point with floral prints on men’s tunics or the fashion house’s coveted handbags. Other bags taunted luxury counterfeiters with FAKE emblazoned on one side, and NOT on the other.

Michele’s return to childhood included a sort of Alice in Wonderland journey through the rabbit hole, with clothes made to look too small, like a tiny boy’s suit that he had grown out of, or too big, like oversize T-shirts, plaid shirts and jeans that looked like hand-me-downs he was still growing into. Women similarly wore tiny smocked dresses over bloomers, which men in turn wore over ripped jeans.

There were no blousy shirts with big bows like those from Michele’s debut runway show, which set off the Gucci disruption. But men wore big jeweled necklaces over business suits, cropped knitwear naively embroidered with baby chicks, and finished looks with buckled Mary Jane shoes and perforated socks. Suits included boyish shorts or knickerbockers more often than a trouser.

‘’For me, menswear is a way to balance my excesses. For me menswear is narrower — with women I feel more free,’’ De Vincenzo said backstage. He added menswear last June to his 10-year-old label, which became part of the LVMH family in 2014. For Fall/Winter 2020/21, the designer included a smattering of women’s looks for reference.

De Vincenzo’s focus is on creating impact with his looks, which he said ‘’are the fruit of much research.’’

There were coats in boucle wool in oversize plaid, finished with blousy, gathered sleeves. A punk-rock kilt had a metallic sheen, worn with a glittery graphic turtleneck. A soft mohair twinset featured repeating square patterns in a peacock blue that matched the trousers, a 1960s comfort look. The trousers were gently faded in color. A men’s Loden coat fell into gentle A-line pleats. Footwear was sturdy sneakers, topped for women with green crystals socks. Handbags included a gentle version of a claw closure, or a Man Ray photo on the flap.

De Vincenzo dubbed the collection ‘’Ciao,’’ because its codes are understandable the world over without interpretation.