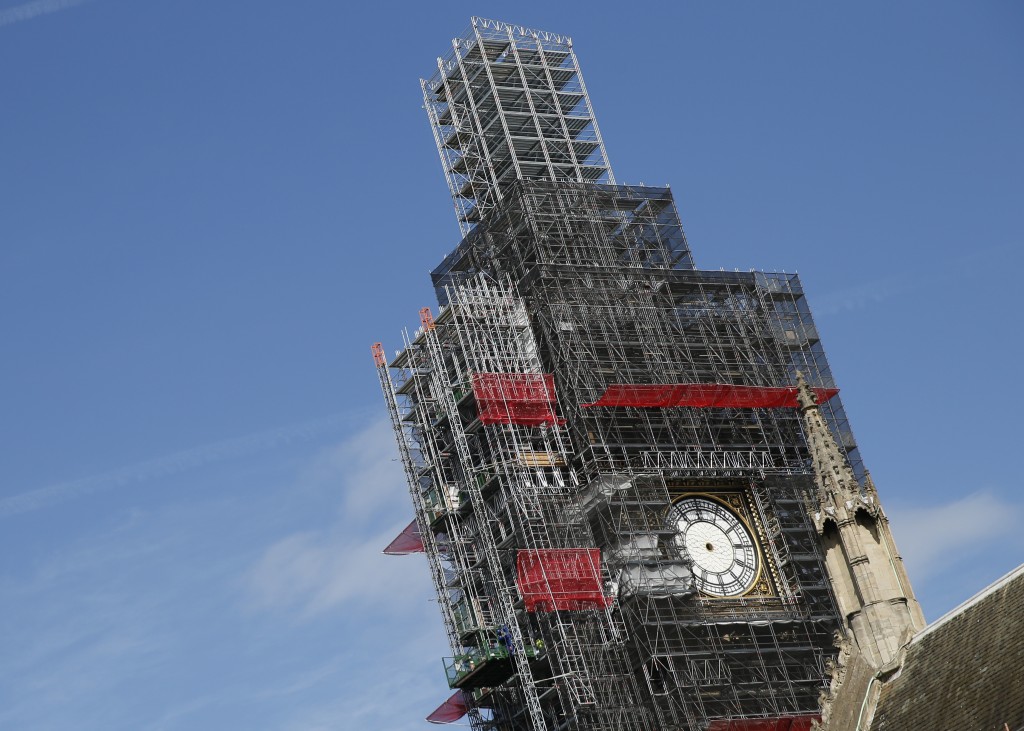 LONDON (AP) — Will Big Ben bong for Brexit? Not unless British taxpayers cough up the bucks.

The bell of Britain’s Parliament has been largely silent since 2017 while its iconic clock tower undergoes four years of repairs. Brexit-backing lawmakers are campaigning for it to strike at the moment Britain leaves the European Union - 11 p.m. (2300GMT) on Jan. 31.

Parliamentary officials say it is not worth the cost, which could run 500,000 pounds ($650,000). The House of Commons Commission said Tuesday that because the clock mechanism has been dismantled and the belfry is currently getting a new floor, arranging for Big Ben's bell to ring “could result in huge costs to the public purse.”

“You are talking about 50,000 pounds ($65,000) a bong,” House of Commons Speaker Lindsay Hoyle said. “We also have to bear in mind that the only people who will hear it will be those who live near or are visiting Westminster.”

But bell-loving Brexit-backers have not given up hope. Prime Minister Boris Johnson said Tuesday that “we’re looking at whether the public can fund it.” He said the government was considering a “bung a bob for a Big Ben bong” fund so people who want to can contribute. “Bung” is an informal term for toss, while a bob is slang for a shilling, a former British unit of currency.

However, the prime minister’s spokesman, James Slack said the government was not planning to set up a specific crowd-funding campaign for Big Ben. But he said “if the public wants Big Ben to bong and the money is raised then that is great.”

The 15-ton (13.7 metric ton) bell first rang out in 1859 and its deep bongs at the top of each hour have become a symbol of British democracy. Since 2017 it has struck only on special occasions such as Remembrance Day and New Year’s Eve.

The bell is due to be back in service next year.