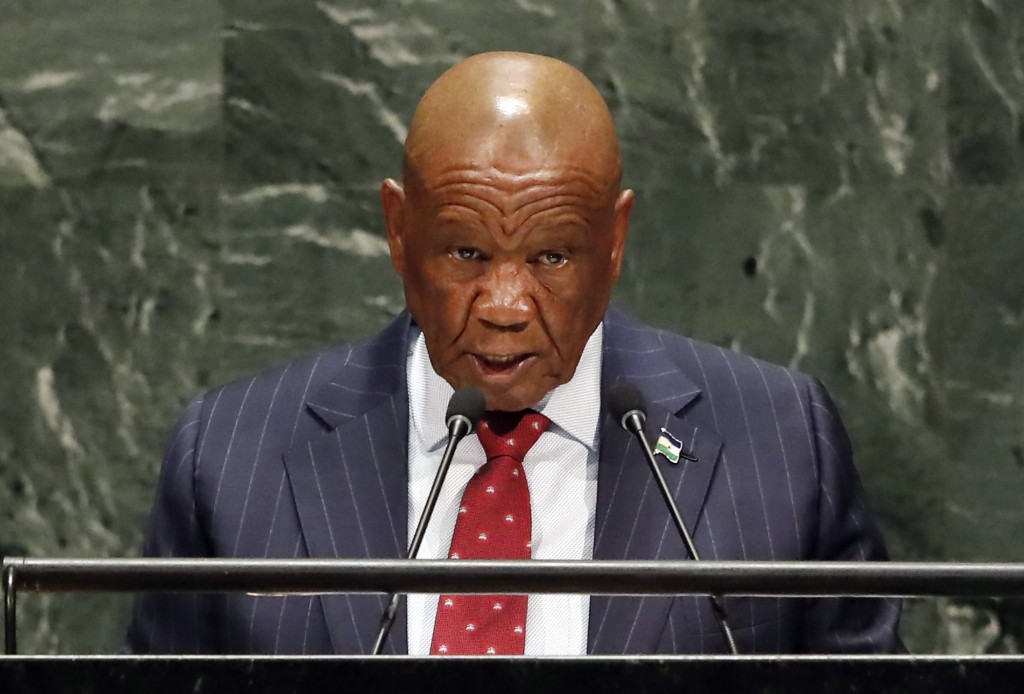 MASERU, Lesotho (AP) — Police in Lesotho on Tuesday were searching for the country's first lady for questioning in the 2017 killing of the prime minister's former wife, while the police commissioner said the "noose" was tightening around the prime minister and those close to him as an investigation continues.

The killing of Lipolelo Thabane occurred two days before Prime Minister Thomas Thabane’s inauguration for a second term in the tiny southern African nation, and two years after a court ruled that Lipolelo was the lawful first lady and entitled to benefits.

Thomas Thabane married his current wife some two months after Lipolelo was killed. Neither the prime minister nor his wife, Maesaiah, have commented publicly on allegations of their involvement in the murder.

Police on Friday obtained an arrest warrant for the first lady after she didn't report to them. Police Superintendent Mpiti Mopeli on Tuesday said officers had no idea where she might be.

More details were expected later Tuesday when the High Court was set to hear her application seeking the cancellation of the arrest warrant.

On Wednesday, the High Court is expected to hear Police Commissioner Holomo Molibeli's application to stop the prime minister from advising Lesotho's King Letsie III from sending the police official into early retirement.

Molibeli said the prime minister wants him out in a bid to stop the murder investigation and recommend a new commissioner “to immunise himself from criminal investigations and prosecution, thus thwarting the rule of law.”

The police commissioner in recent weeks successfully challenged efforts by the prime minister to send him into suspension and forced leave.