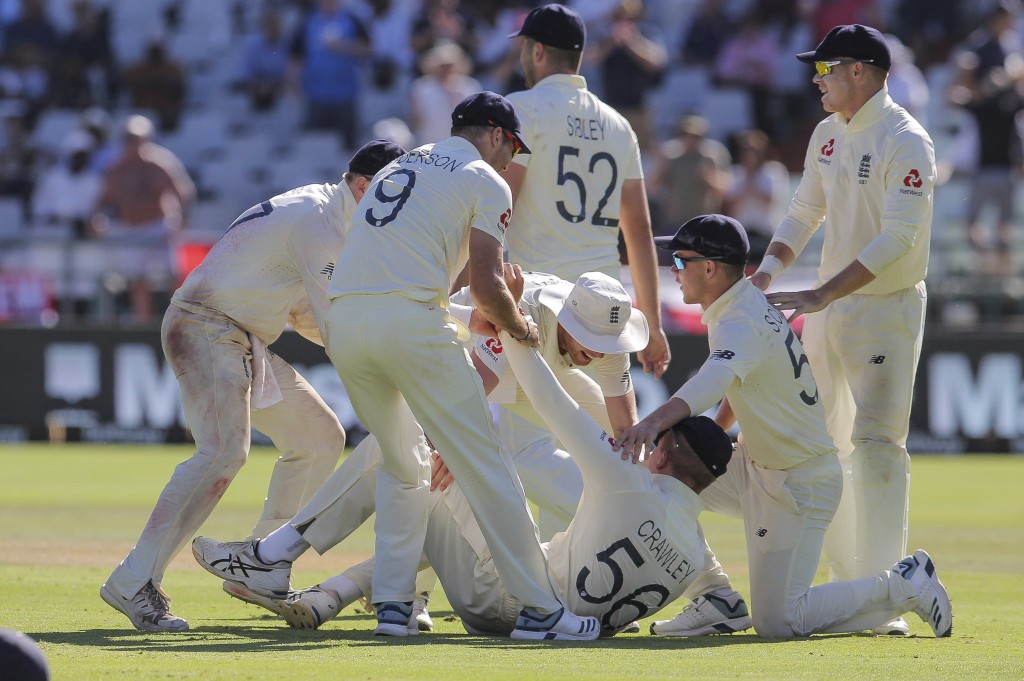 Leach contracted sepsis on the tour to New Zealand last year and has suffered from bouts of gastroenteritis and flu in South Africa. He hasn't played in any of England's games in South Africa and will return home on Thursday, the day the third test starts in Port Elizabeth.

“It has been an unfortunate time for Jack with illness and since the test series in New Zealand six weeks ago, he hasn’t been able to get 100% fit,” England coach Chris Silverwood said. “This has hampered his preparation in South Africa and despite his best endeavors he is not in a position to make himself available for selection for the final two test matches.”

The four-match series is tied at 1-1.

Dom Bess was England's spin option in the second test in Cape Town, which the tourists won to draw level.

Leach follows opening batsman Rory Burns and veteran fast bowler James Anderson home. Those two were ruled out with injuries. Burns hurt his ankle playing soccer at training on the eve of the second test and Anderson damaged a rib during the game. They have already gone home.