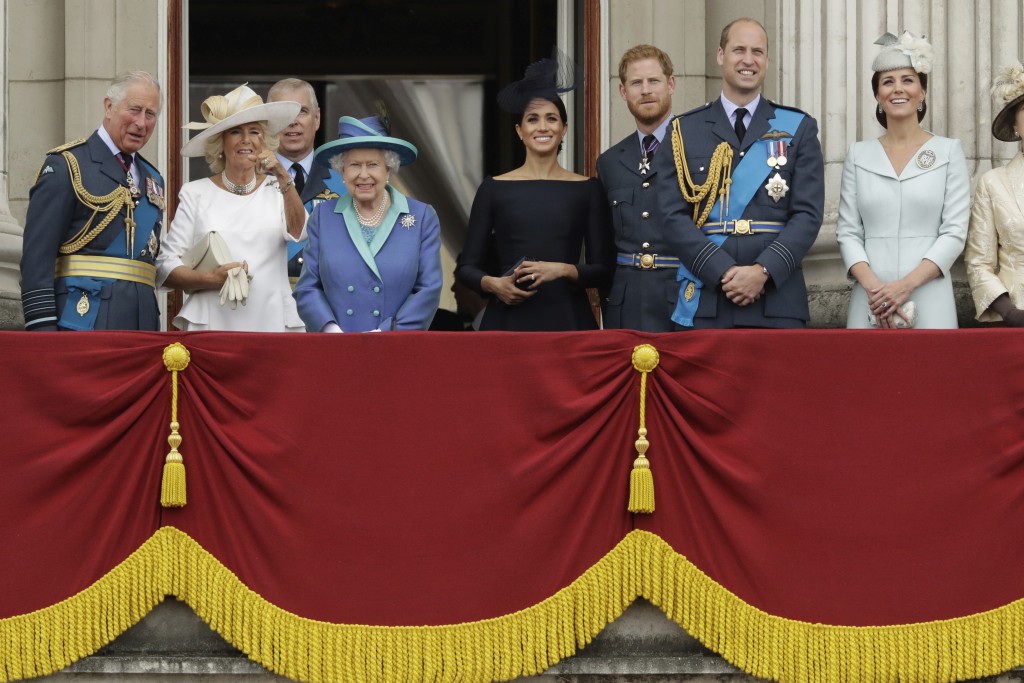 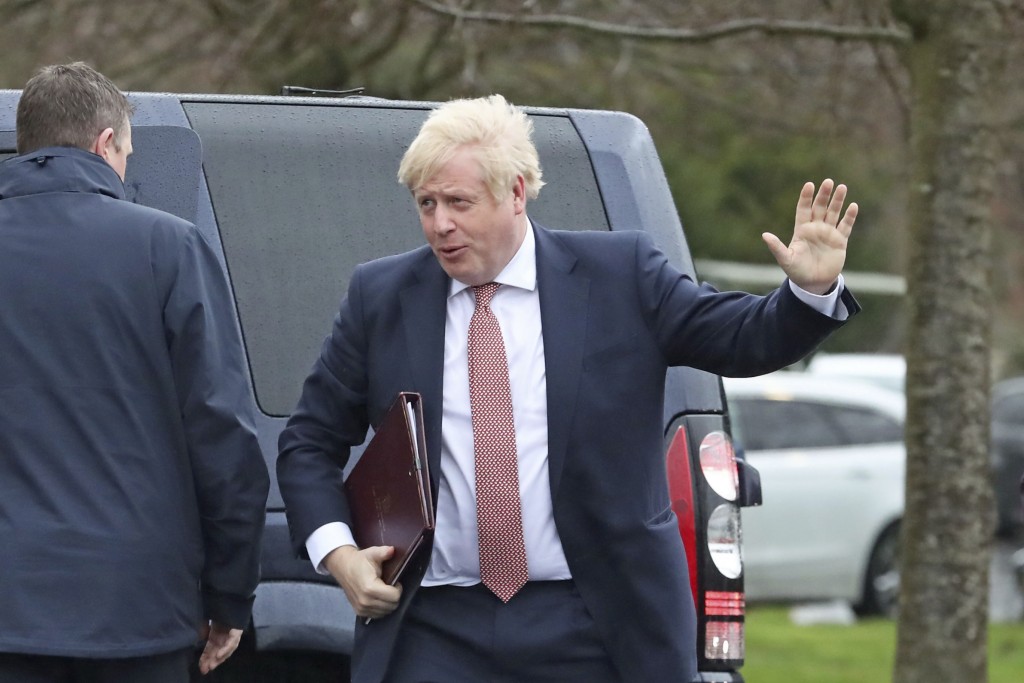 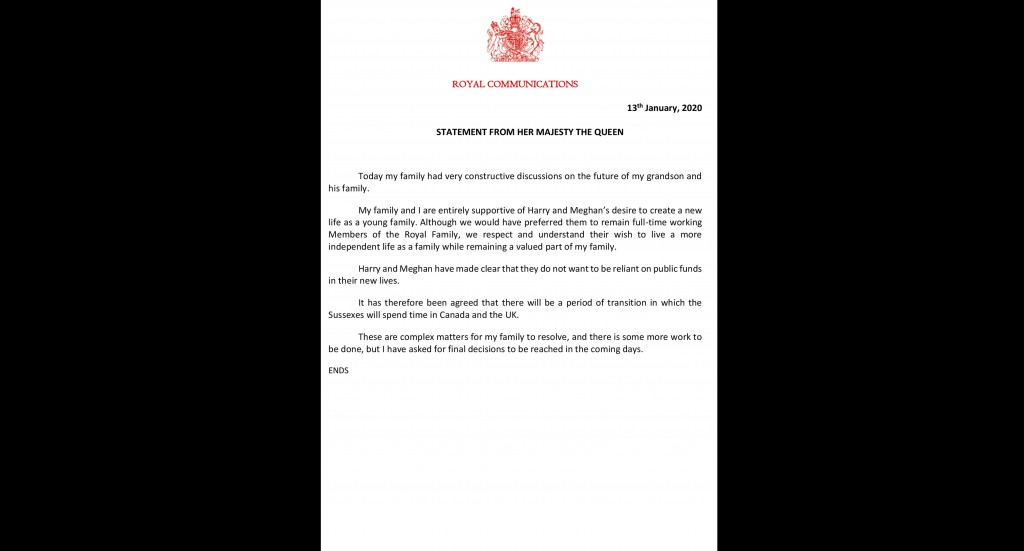 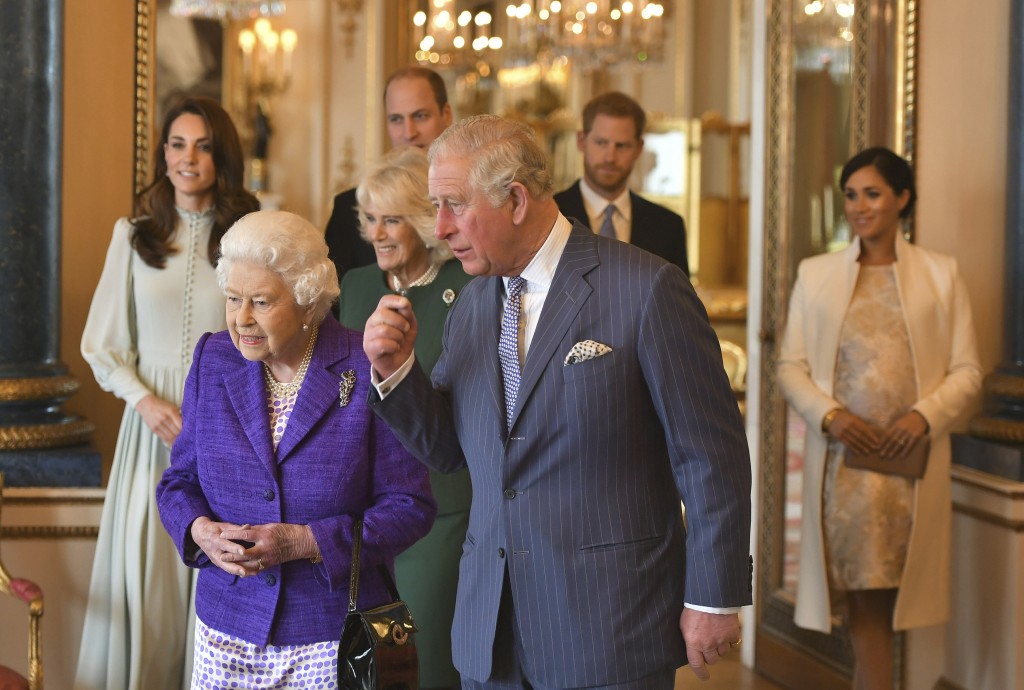 LONDON (AP) — British Prime Minister Boris Johnson said Tuesday he believes the royal family can resolve a serious rift over the plans of Prince Harry and his wife Meghan, who want to break free of their royal roles and move to Canada.

The plans of Harry and Meghan, also known as the Duke and Duchess of Sussex, have received tentative approval from Queen Elizabeth II, who said she and other senior royals regret the decision but understand and respect it.

Vital details remain to be worked out, with difficult issues to resolve, and Canada's leader has raised questions as well, but the British prime minister told BBC Tuesday that the monarchy will be able to find solutions.

“My view on this is very straightforward: I am a massive fan, like most of our viewers, of the queen and the royal family as a fantastic asset for our country,” Johnson said. “I'm absolutely confident that they are going to sort this out.”

He said the senior royals, who had a crisis summit Monday afternoon at the queen's palatial Sandringham House retreat in eastern England, will be able to find an amicable way forward “much more easily without a running commentary from politicians.”

Harry and Meghan ignited the latest crisis by unilaterally issuing a statemen t Wednesday indicating a desire to step back from most royal duties and become financially independent. They have decided to spent at least part of their time in Canada, a Commonwealth country where the queen is head of state and Meghan worked for seven years while filming the TV series “Suits.”

The move annoyed senior royals who had not been consulted, sparking the so-called Sandringham summit that brought together the 93-year-old queen, her eldest son and heir Prince Charles, and Prince William, who would follow his father Charles to the throne, along with Harry.

Canadian Prime Minister Justin Trudeau, speaking after the queen made clear the couple has chosen Canada as its alternate destination, said his country welcomes the news but has issues to discuss, including the possible cost to taxpayers of providing security for the well-known royal couple.

“I think most Canadians are very supportive of having royals be here, but how that looks and what kind of costs are involved, there are still lots of discussions to have,” he told Canadian TV, adding that no formal talks between the British and Canadian government have yet been held.

Harry and Meghan just took a six-week vacation in western Canada with their infant son Archie. Meghan has returned to Canada after a brief visit to London last week.