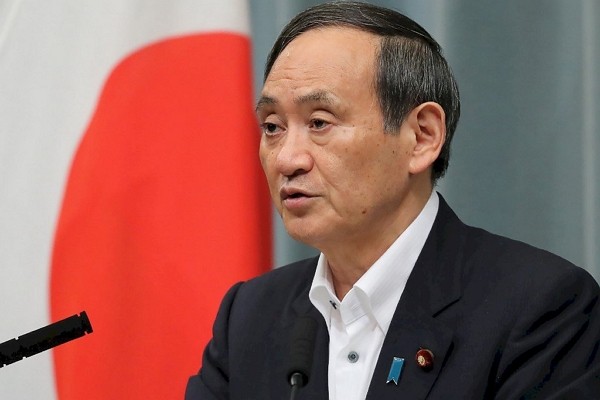 TAIPEI (Taiwan News) — In spite of warnings from the Chinese government against congratulating Taiwan President Tsai Ing-wen (蔡英文) on her re-election, the Japanese government reaffirmed Tuesday (Jan. 14) its friendly relations with Taiwan.

Following Saturday's (Jan. 11) elections, more than 60 countries have delivered messages of congratulations to the president and Taiwanese voters for the successful elections. According to the Ministry of Foreign Affairs (MOFA), major countries, such as the U.S., Australia, and Japan have also greeted the winner of Taiwan's presidential election.

Referring to Taiwan as a "region," China's Foreign Ministry Spokesman Geng Shuang (耿爽) said Sunday (Jan. 12) the Taiwan elections are a "sub-national affair in China." He also warned countries that have addressed Tsai as "president" not to violate the "one China policy," adding that Beijing firmly opposes any official relations between Taiwan and other countries, reported Now News.

On Tuesday, Suga Yoshihide, Japanese Chief Cabinet Secretary, ignored Beijing's warnings and said that Taiwan is an important business partner that shares the same fundamental values. He added the Japanese government will continue to enhance its friendship and cultural exchanges with Taiwan on a non-official premise.

Although Yoshihide's statement resembled the congratulatory messages posted on the Japanese government website, his reaffirmation after Beijing's warning stood out as a token of friendship between Taiwan and Japan, reported Liberty Times.