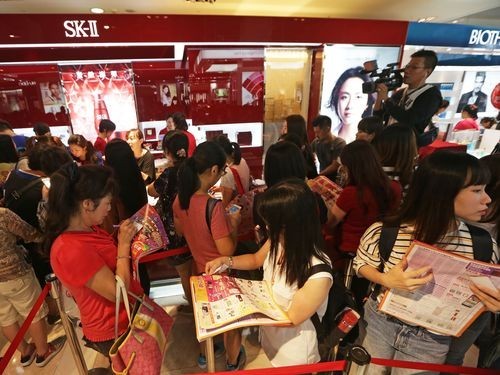 TAIPEI (Taiwan News) – The landslide victory for President Tsai Ing-wen (蔡英文) may not matter as much to the economy as some investors might think, the Wall Street Journal reported Monday (Jan. 13).

Economic diversity and the rapid growth of the past decade still gave the island a strong basis for further development independent from China, according to the newspaper.

While the reliance of Taiwan’s economy on China as a market for its exports shot up rapidly in the years immediately after 2000, since 2010 the proportion of Taiwan’s exports heading for China remained at 30 percent, while economic growth showed an average of 3.4 percent over the latter decade, higher than the United States and Germany in the same period.

In addition, Taiwan might be the only major economic power registering a stronger GDP growth in 2019 than in 2018, Capital Economics reported.

Nevertheless, the island still faced a number of threats to its economic future, such as the rapid aging of the population and its exclusion from major regional trade bodies such as the Comprehensive and Progressive Trans-Pacific Partnership (CPTPP).