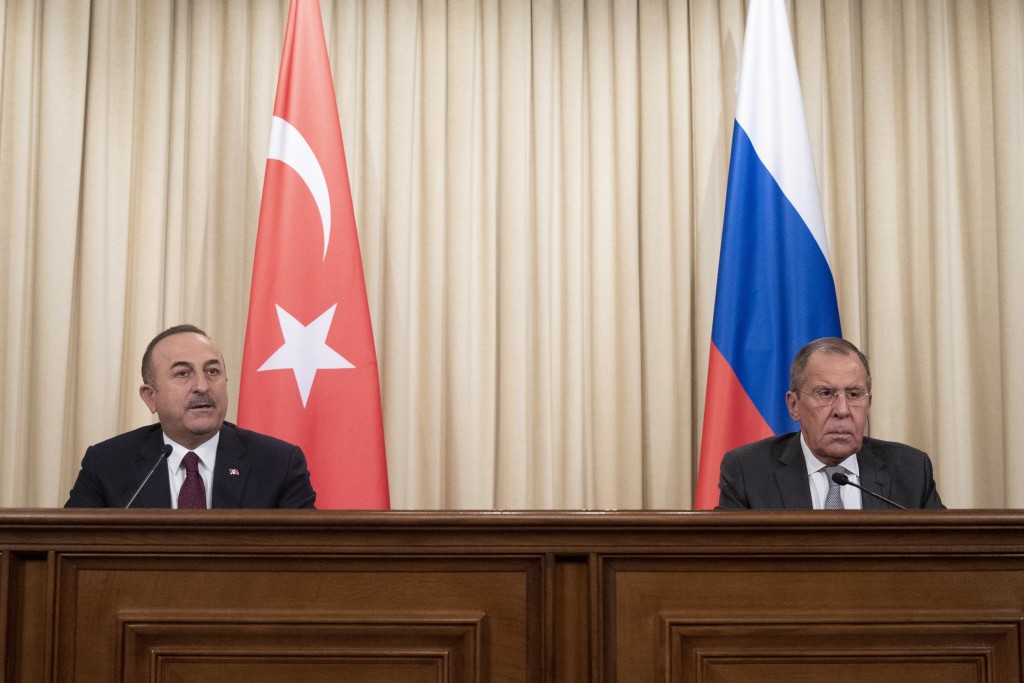 MOSCOW (AP) — Libya’s rival leaders have left Moscow without reaching agreement on a cease-fire deal proposed by Russia and Turkey in an effort to bring an end to the country's long-running civil war.

Fayez Sarraj, the head of Libya's U.N.-recognized government in Tripoli, and his rival Khalifa Hifter came to Moscow on Monday to discuss a truce with top diplomats and military officials from Russia and Turkey. The talks lasted about seven hours, and Sarraj and Hifter didn’t meet directly.

After the meetings, Russian Foreign Minister Sergey Lavrov and his Turkish counterpart, Mevlut Cavusoglu, announced that Sarraj signed the draft document spelling out the details of the proposed cease-fire deal, while Hifter requested more time to consider it.

Tripoli-based official Khaled al-Mashri told Libya al-Ahrar TV that Hifter asked for four days to consider various sticking points in the cease-fire deal. He said he expects invitations to a peace conference in Berlin to follow later this week.

The negotiations followed a truce proposed by Russia and Turkey that began Sunday — the first break in fighting in months. There were immediate reports of violations by both sides, however, raising concerns it might not hold.

Libya plunged into turmoil after the 2011 civil war that ousted and killed long-time dictator Moammar Gadhafi. The conflict had been on the brink of a major escalation. Various foreign players back Libya's rival governments, and they have recently been stepping up their involvement in the oil-rich nation's conflict.

Turkey and Russia back the opposing governments in Libya. Their negotiations follow deals struck by the two nations to coordinate their action also in Syria, where Moscow has shored up President Bashar Assad's government and Ankara has backed his foes.