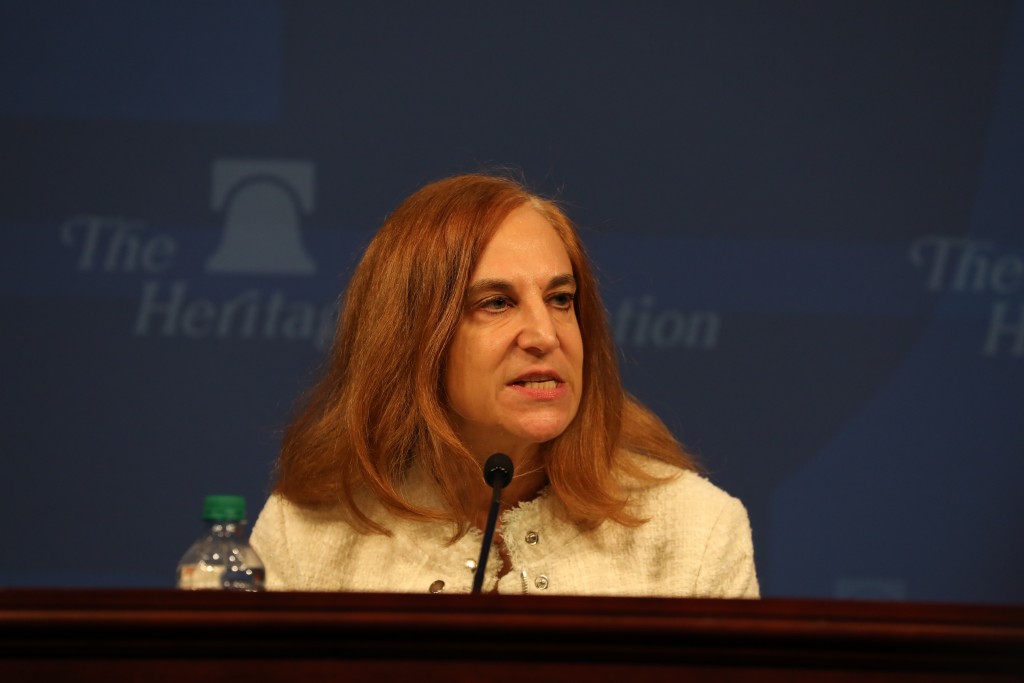 Tsai defeated opposition Kuomintang (KMT) candidate Han Kuo-yu (韓國瑜) by 57 percent to 38 percent in what was widely seen as a rejection of China’s aggressive claims over Taiwan and of the repression against pro-democracy protesters in Hong Kong.

Glaser told a seminar organized by the Heritage Foundation and the Global Taiwan Institute that Tsai’s landslide Jan. 11 victory was highly likely to lead to a harsh response from China, including more attempts to steal away Taiwan’s diplomatic allies.

Beijing would not feel that now was the right time to come up with a new approach to its relations with the island, despite the obvious rejection of its stance by Taiwanese voters, CNA reported Glaser as saying.

China had an ever-expanding “box of instruments” at its disposal when it came to intimidating Taiwan, the Asian affairs expert said, naming not only a diplomatic offensive, but also the strengthening of its Navy and attempts to block other countries, such as the United States, from signing Free Trade Agreements with the island.

At the event, senior Republican member of Congress Ted Yoho emphasized he would continue to try and persuade China to recognize the present situation, that Taiwan was a sovereign democracy, CNA reported. Such an acknowledgment would benefit all sides, including China itself, the politician said.