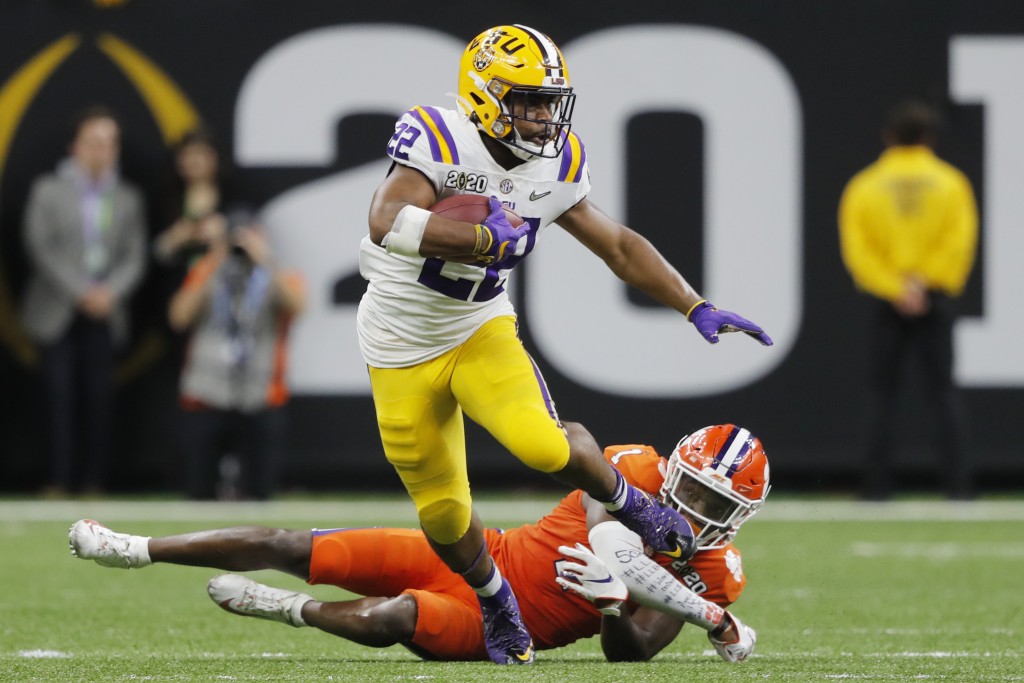 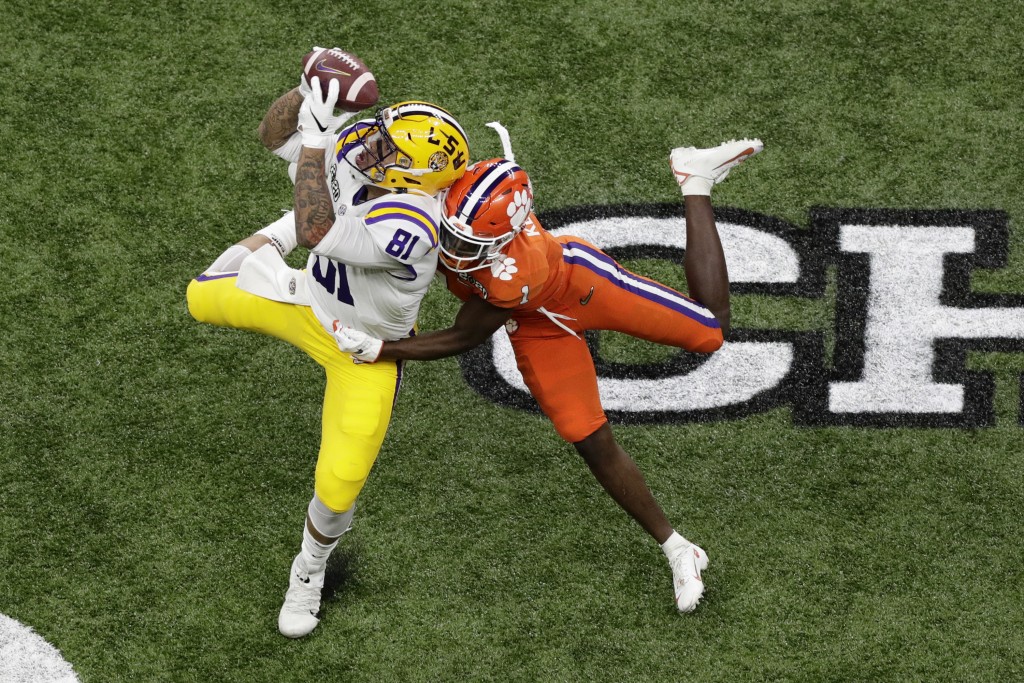 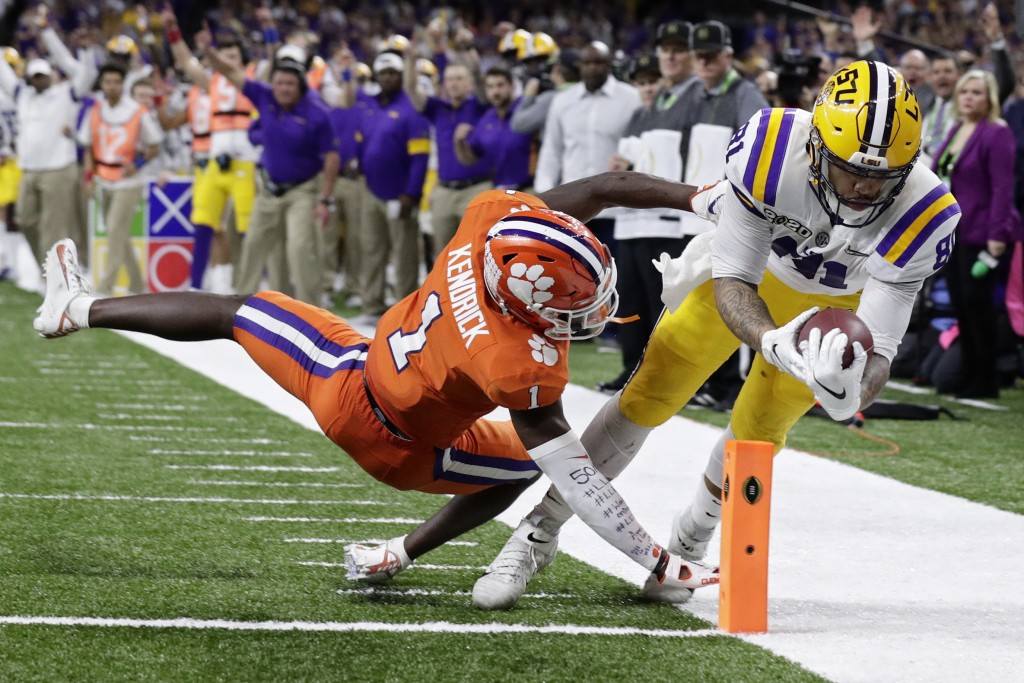 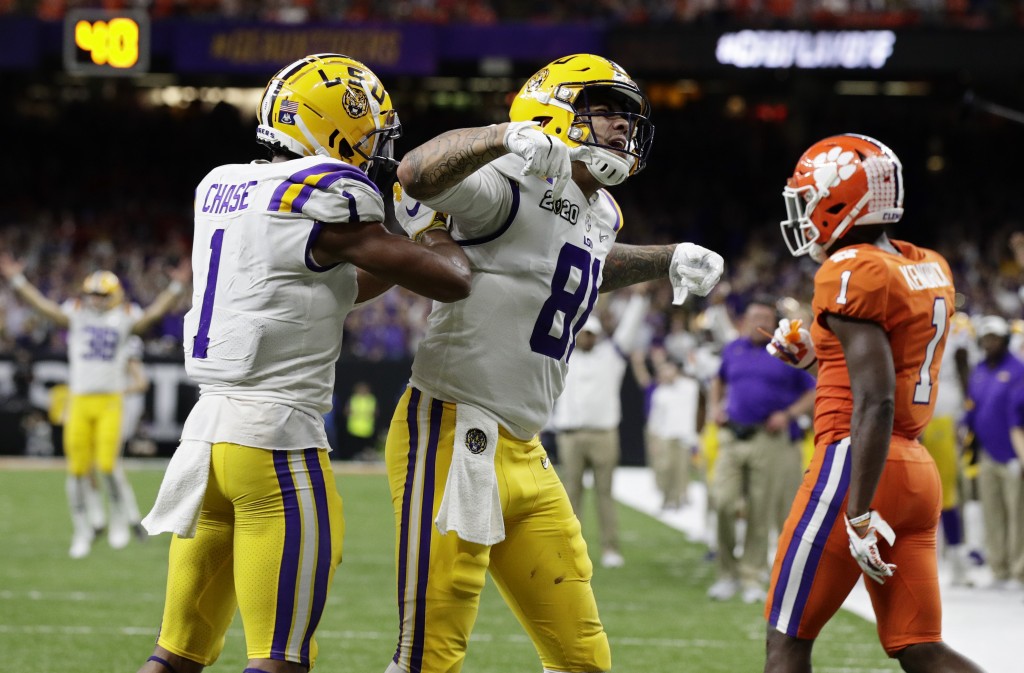 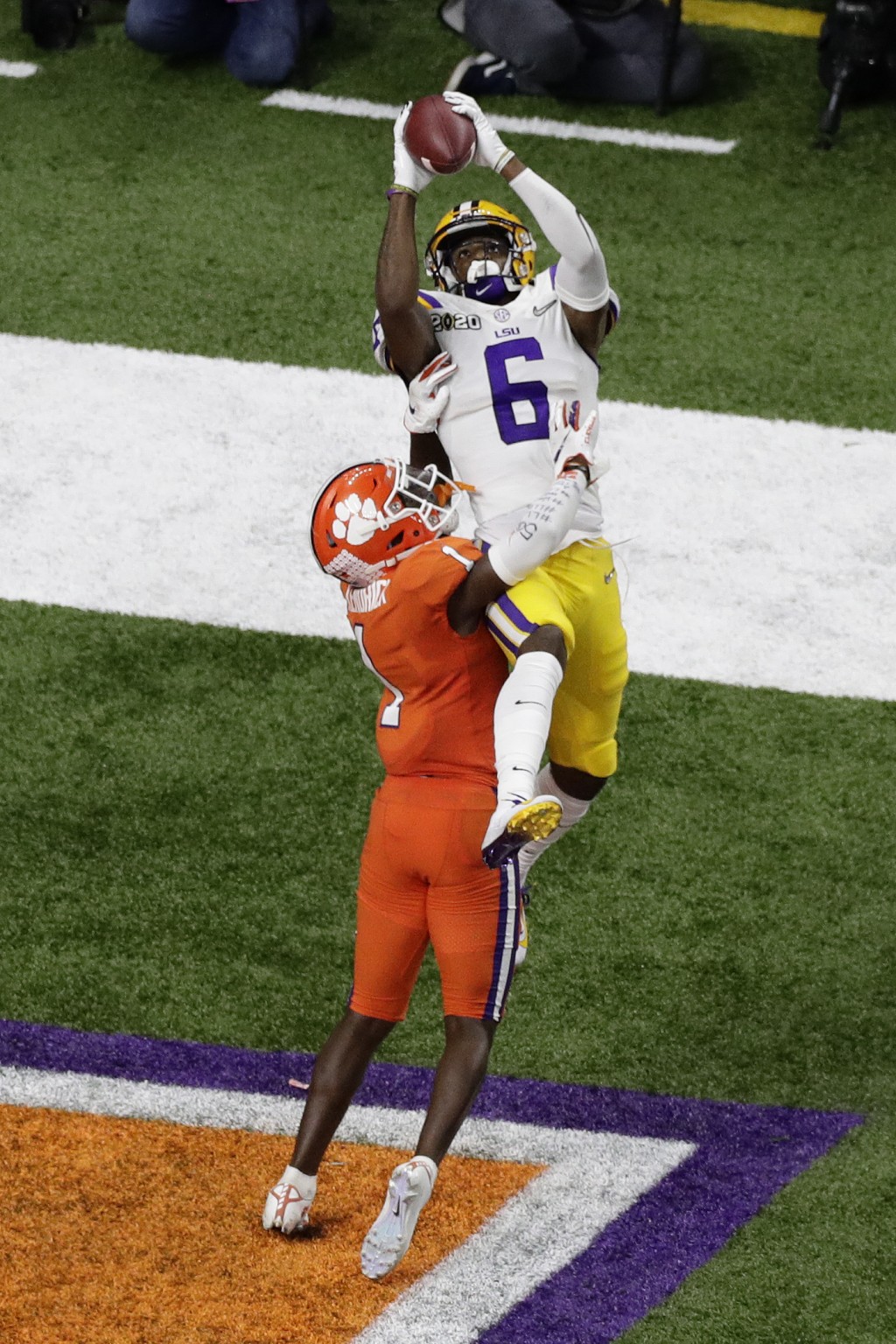 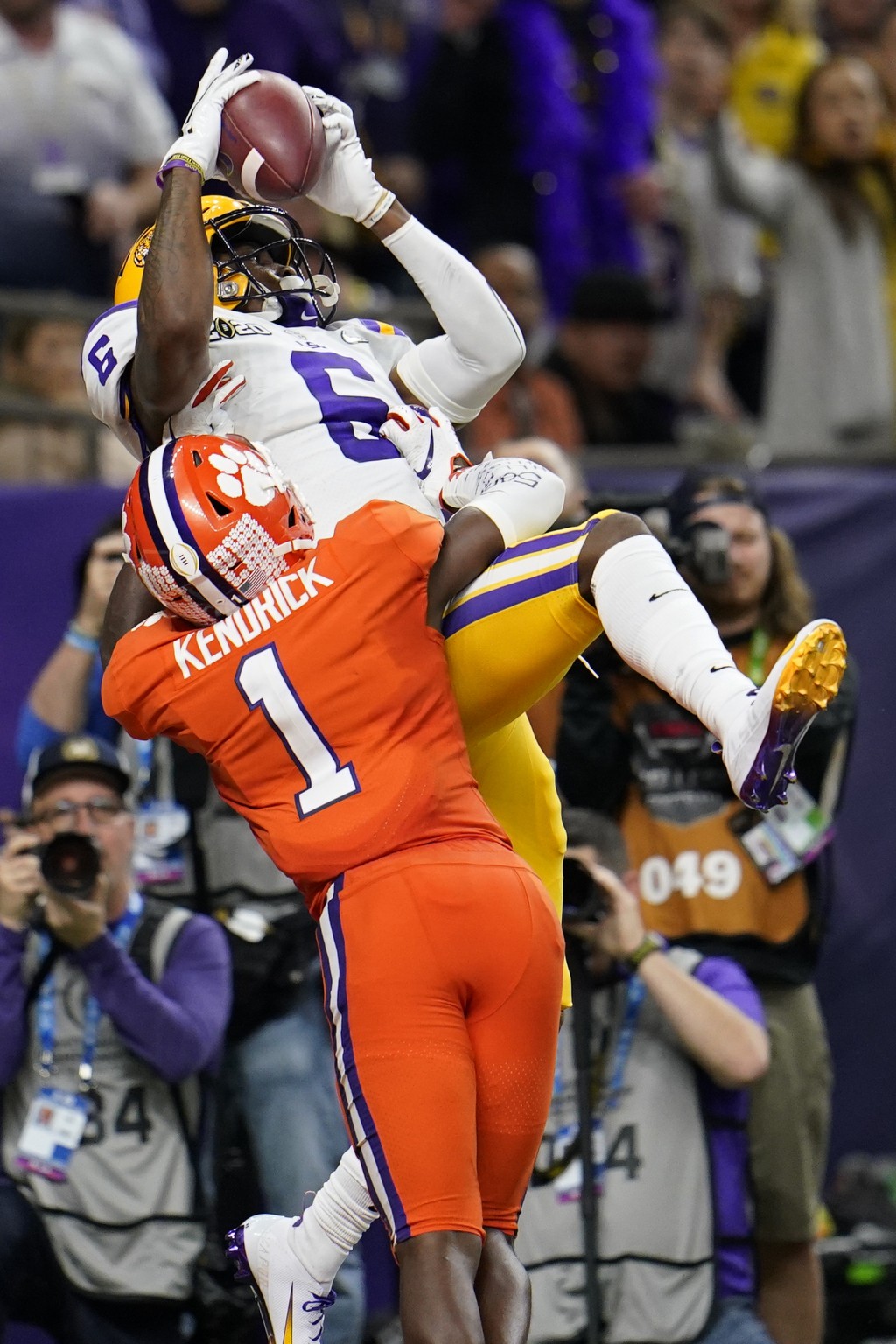 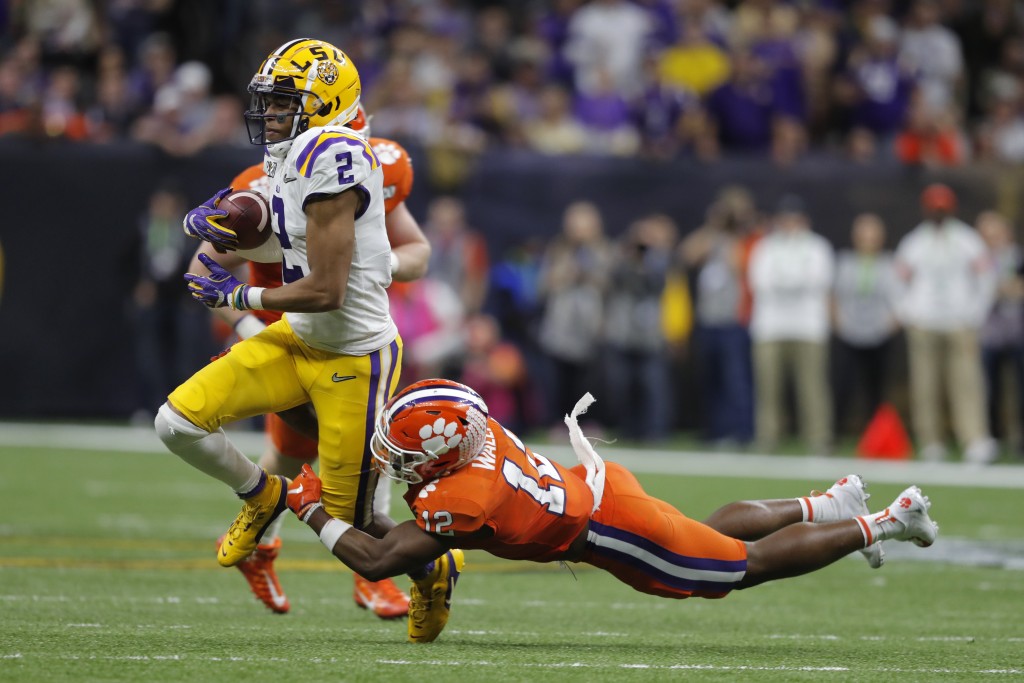 NEW ORLEANS (AP) — Once the greatest offense in LSU history got rolling, it became apparent that Clemson's defense had far more to worry about than Heisman Trophy-winning quarterback Joe Burrow and Biletnikoff-winning receiver Ja'Marr Chase.

Shifty, powerful running back Clyde Edwards-Helaire, tight end Thaddeus Moss, and receivers Justin Jefferson and Terrace Marshall all contributed in ways that made it virtually impossible for Clemson's defense to hold up. In the end, they were worn out.

“It’s been like that the entire year," Edwards-Helaire said. “Once somebody is shut down or locked up or that’s the key to their success on defense, to shut somebody down, it only opens the lanes for everybody else.

“A blade with five blades connected to it,” Edwards-Helaire said. "That’s how I describe this offense.”

Edwards-Helaire, who'd been limited by a hamstring in the semifinal win over Oklahoma, gained 164 yards from scrimmage with his combination of elusiveness and feet-churning power.

Moss, son of Hall-of-Fame receiver Randy Moss, was a potent red-zone target and had two touchdowns, saying afterward he simply believes he was going to catch anything thrown his way.

“That's how I felt. I was in the zone tonight," Moss said. "We're the best offense in college football history.”

“We just know what we got to do and we came out with the victory. It feels great,” Jefferson said. “They've been hyping up their corners, so we knew they were going to try to (use) press-man (coverage) the whole game and we're going out there trying to expose people.”

Then there was Marshall, held to two catches for much of the game before coming down with a leaping, twisting 24-yard touchdown in tight coverage to put Clemson in a three-score hole from which it could not recover.