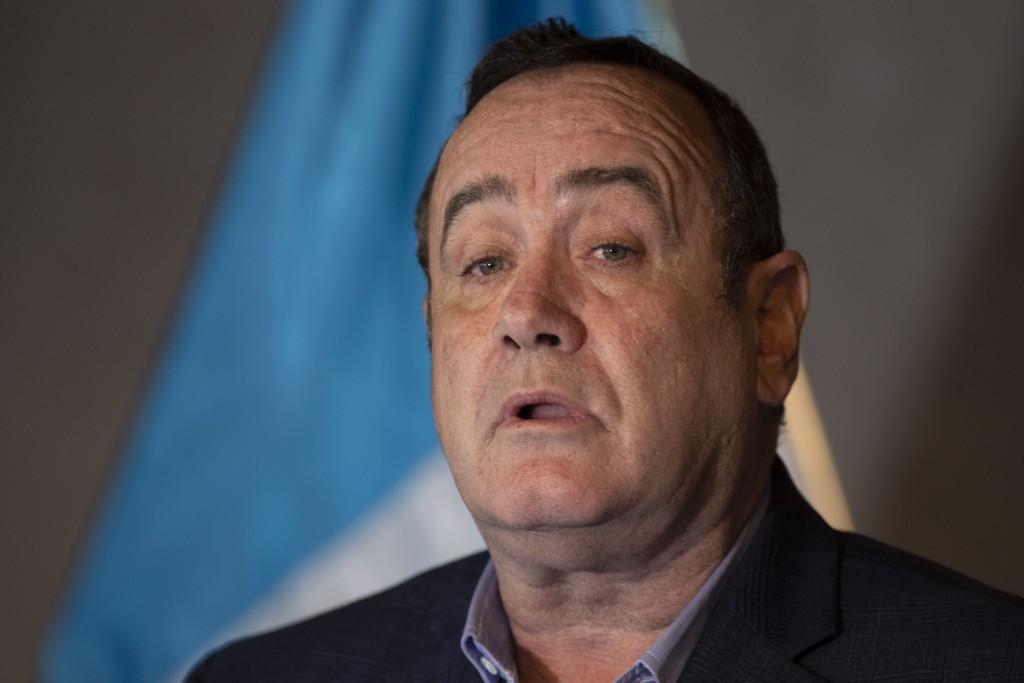 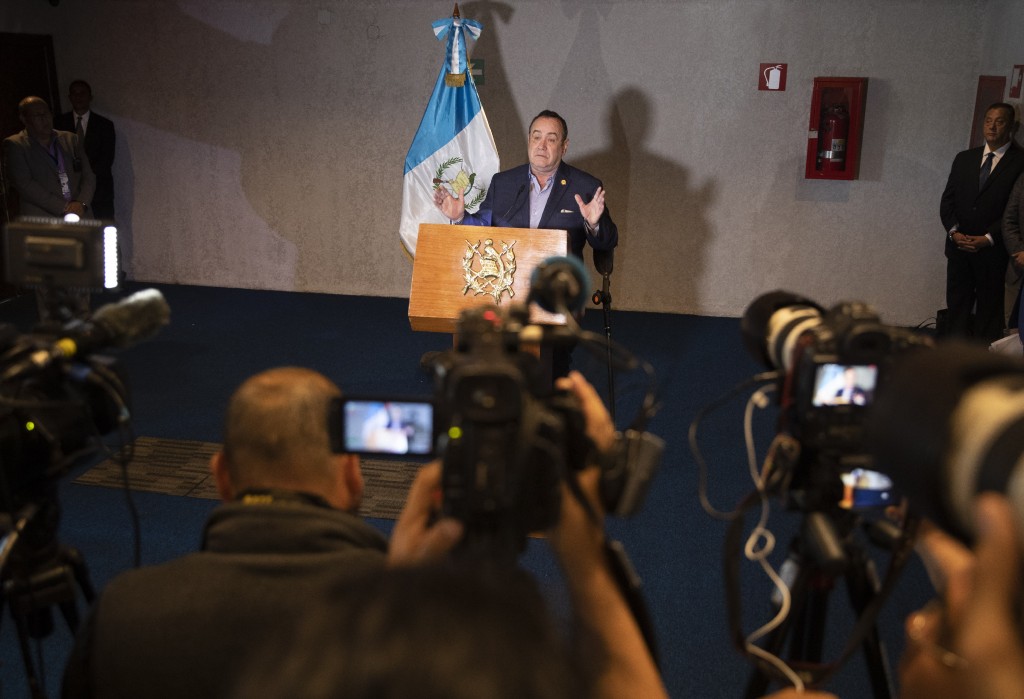 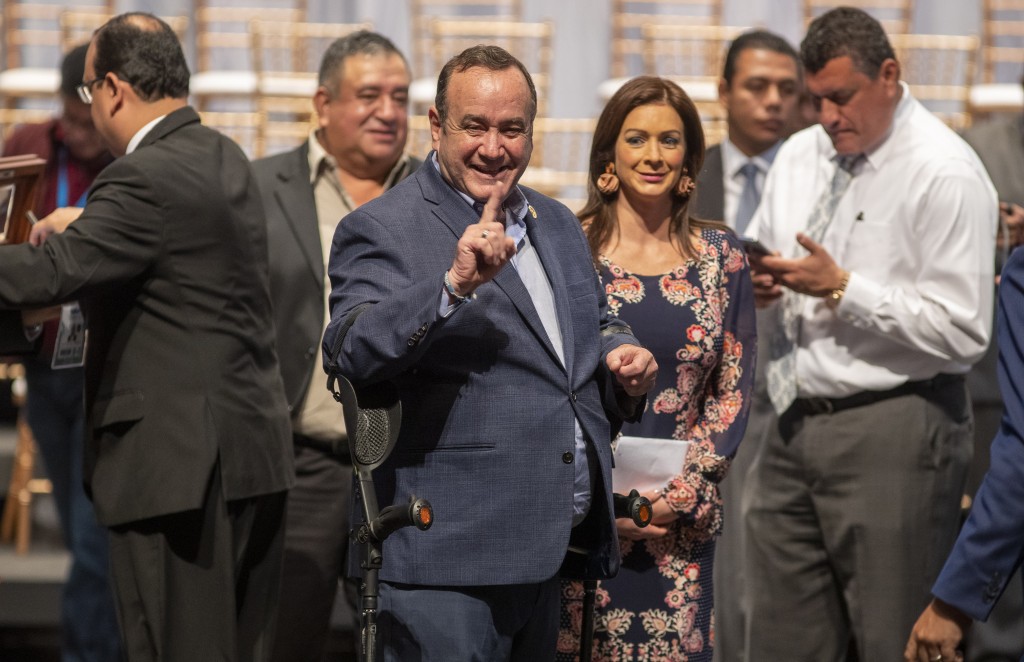 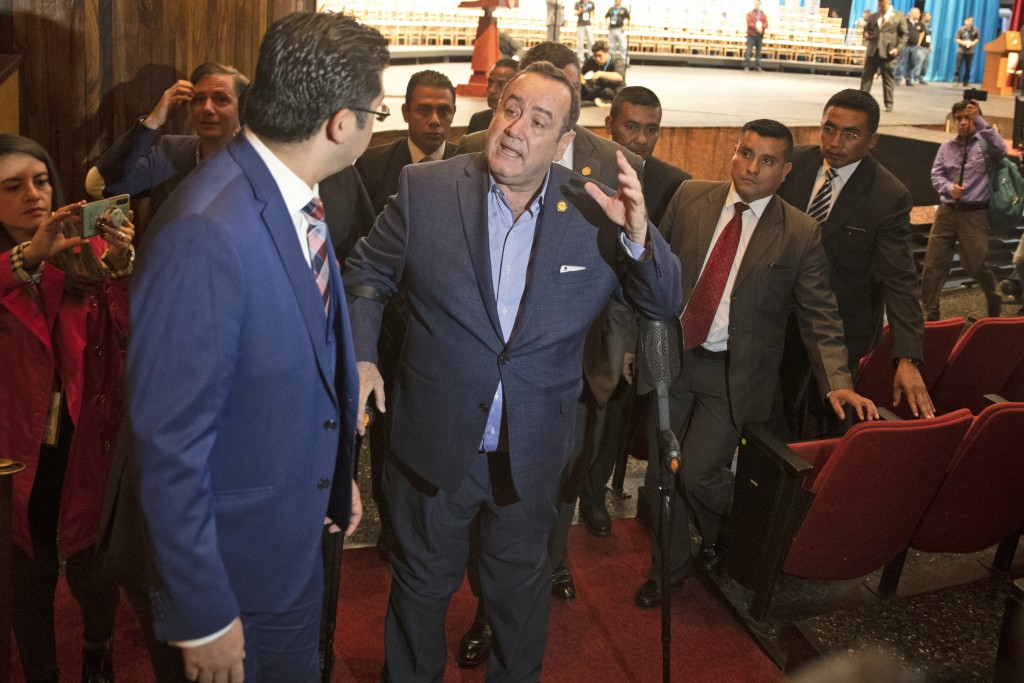 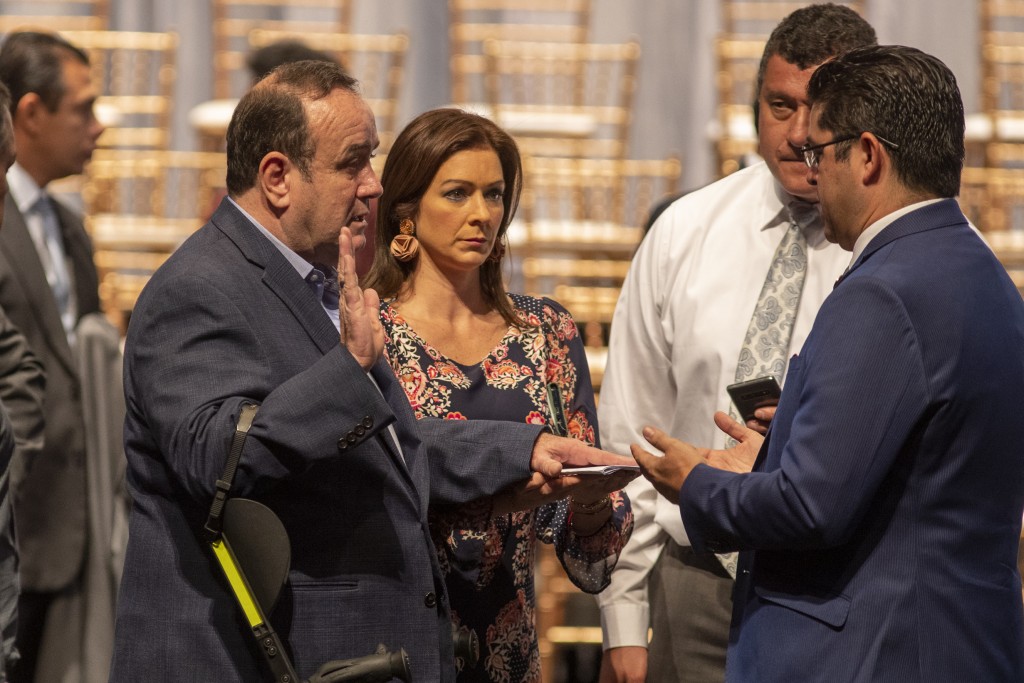 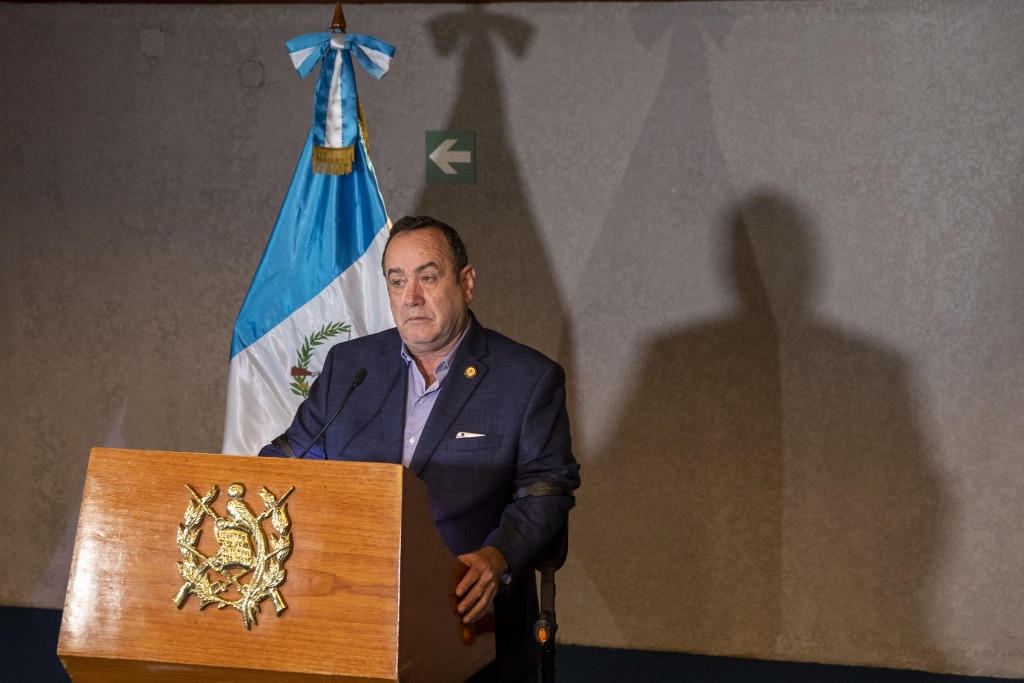 GUATEMALA CITY (AP) — Guatemala will swear in Alejandro Giammattei, a conservative physician opposed to gay marriage and abortion, as its new president Tuesday while the country's outgoing leader exits amid swirling corruption accusations.

The 63-year-old Giammattei won the presidency on his fourth attempt in August for Vamos, a party founded in 2017 by politicians, businessmen and military officers on promises of battling poverty and providing better opportunities.

Giammattei was scheduled to be sworn in before several Latin American leaders, among them Juan Orlando Hernández of Honduras, El Salvador President Nayib Bukele, Iván Duque of Colombia and Lenin Moreno of Ecuador.

One of the early challenges facing Giammattei will be an Asylum Cooperation Agreement signed by his predecessor with the United States government. There was significant opposition to the deal inside Guatemala. The U.S. began sending Honduran and Salvadoran asylum seekers to Guatemala under the agreement in November and recently said it would expand it to Mexicans. A similar deal signed with Honduras could send Guatemalan asylum seekers there.

Giammattei will be working without a majority in Congress. His party captured 17 seats.

The surgeon suffers from multiple sclerosis, a disease of the nervous system, and uses crutches to walk. He has also worked as a business consultant in the private sector.

In 2006, Giammattei was the head of the country's prison system when the interior ministry carried out a raid on the Pavon penal farm to regain control from the inmates. Thousands of police, soldiers and armed civilians raided the prison overnight and several inmates died in the operation.

Authorities, bureaucrats and private citizens were arrested, tried and imprisoned for the raid, including Giammattei. After several months in jail awaiting trial he was acquitted and released.

He takes over from President Jimmy Morales who spent much of his four-year term dodging corruption charges.

The former television comedian who campaigned on a promise of “not corrupt, not a thief” will possibly be most remembered for kicking out a U.N. supported anti-corruption mission that was closing in on him and members of his family.

Juan Francisco Sandoval, head of the special prosecutor against impunity office, said he hopes the future will be better without Morales. “He was the roadblock for the fight against corruption and impunity.”