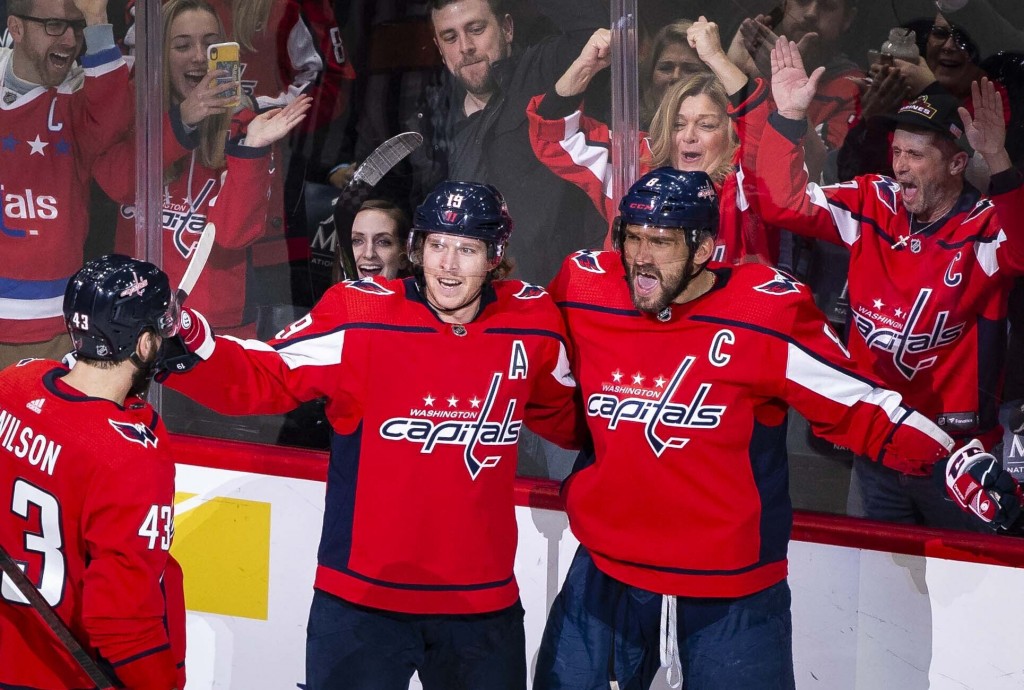 Petr Mrazek made 28 saves for the Hurricanes.

The first goal was the 685th for Ovechkin, pushing him past Teemu Selanne for 11th place on the NHL's career list. Ovechkin's second goal at 17:01 was his 28th of the season. He needs four goals to tie Mario Lemieux for 10th place with 690.

The Blues won their ninth straight home game, tying the franchise record for one season set in 1991. The run marks the longest home winning streak in the NHL this season.

Tyler Bozak, Jaden Schwartz and Ivan Barbashev also scored for the Blues, who have won four in a row after a three-game skid. The defending Stanley Cup champions are 12-2-1 in their past 15 games.

Max Comtois had the lone goal for Anaheim, which has lost four straight. The Ducks are 3-9-1 in their past 13 games.

Travis Konecny scored in the fifth round of the shootout for Philadelphia, and Marchand lined up for his turn needing to score to keep the game going. The two-time All-Star charged toward the resting puck but barely nipped it as he skated past.

Officials met briefly before signaling the game was over. Because Marchand made contact with the puck, it was considered a shot attempt.

Travis Sanheim scored twice in regulation for the Flyers, who rallied from a three-goal deficit.

Sean Couturier, Connor Bunnaman and Kevin Hayes also scored for the Flyers, who were down 5-2 with 12½ minutes left in the second period. Philadelphia improved to 15-3-4 at home.

David Krejci had two goals and Anders Bjork, Charlie Coyle and David Pastrnak also scored for the Bruins, who gained a point but fell to 0-7 in shootouts.

NEW YORK (AP) — Artemi Panarin had two goals and three assists to match a career high with five points, and the New York Rangers beat the rival Islanders in their first meetings of the season.

Jesper Fast had a goal and two assists, Adam Fox added a goal and an assist, and Chris Kreider and Jacob Trouba also scored to help the Rangers get their third win in four games overall and fifth straight at home. Brady Skjei had two assists and Alexandar Georgiev stopped 32 shots.

Jordan Eberle and Brock Nelson each had a goal and an assist for the Islanders during their eighth loss in 13 games (5-6-2). Semyon Varlamov made 29 saves on 35 shots before being pulled midway through the third period.

MONTREAL (AP) — Carey Price made 31 saves for his second shutout of the season and Montreal snapped Calgary’s five-game winning streak.

Jordan Weal and rookie Ryan Poehling scored for the Canadiens, who have won two straight since losing eight in a row.

Price's shutout was the 46th of his career, tying Ken Dryden for third on the franchise list.

David Rittich stopped 35 shots for the Flames, who have been shut out six times.