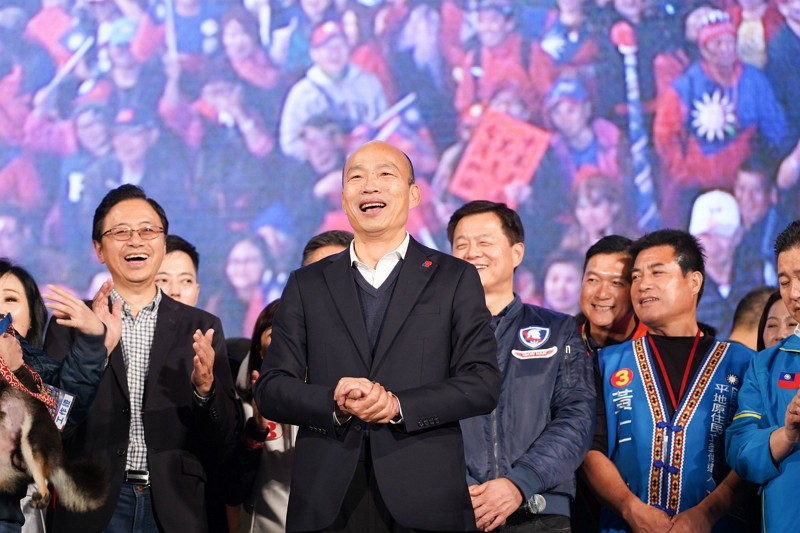 TAIPEI (Taiwan News) — Kuomintang (KMT) presidential candidate Han Kuo-yu (韓國瑜) said on Tuesday (Jan. 14) he will not take a penny from the election subsidy granted to him following his defeat in Saturday's (Jan. 11) elections.

Incumbent Tsai Ing-wen (蔡英文) trumped him by around 2.65 million votes. Even so, Han's party is set to receive approximately NT$160 million (US$5.35 million) as an election subsidy, according to the Presidential and Vice Presidential Election and Recall Act.

Rebutting speculation the subsidy will be channeled to his personal account, Han said in a Facebook post the KMT will manage the funds and he will donate his share of the payment if he is granted any. He added that all campaign expenditures will be disclosed soon.

Han, who has returned to his post as the mayor of the southern harbor city of Kaohsiung, also rejected running for leadership of the KMT. “I have no intention whatsoever about claiming the subsidy or vying for the chairmanship,” he noted.

KMT Chairman Wu Deng-yi (吳敦義) tendered his resignation on election day after the poor showing, but stopped short of offering his apologies. Wu left the Central Standing Committee to decide whether to approve his own resignation.

This drew fire from critics, including former KMT legislator Jaw Shaw-kong (趙少康), who castigated Wu for producing the most shameful statement ever as the leader of a defeated party, wrote Liberty Times.