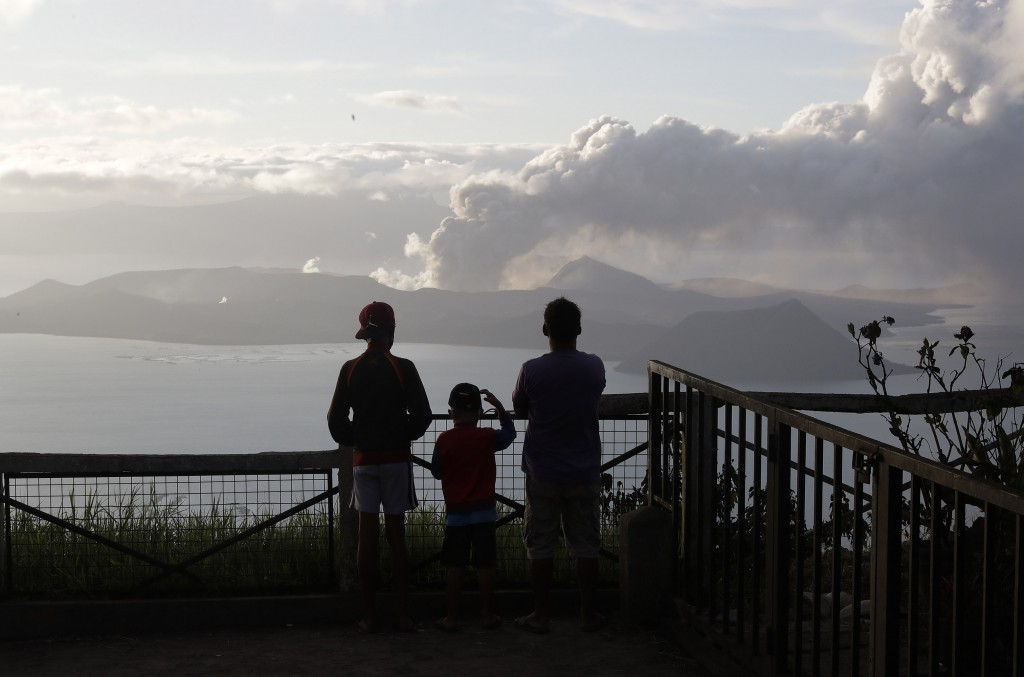 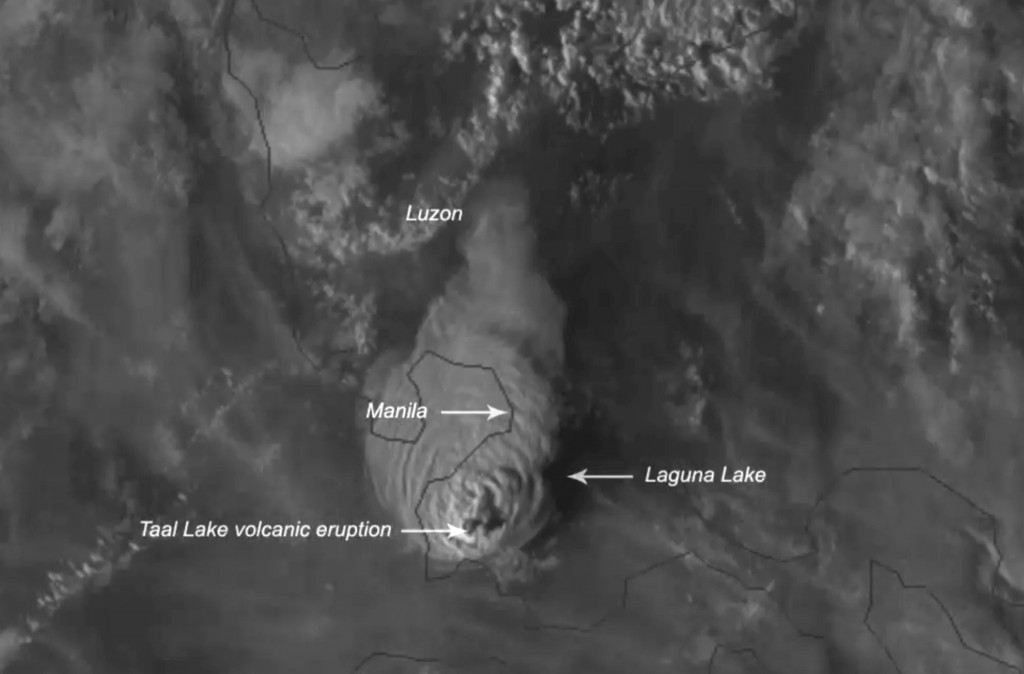 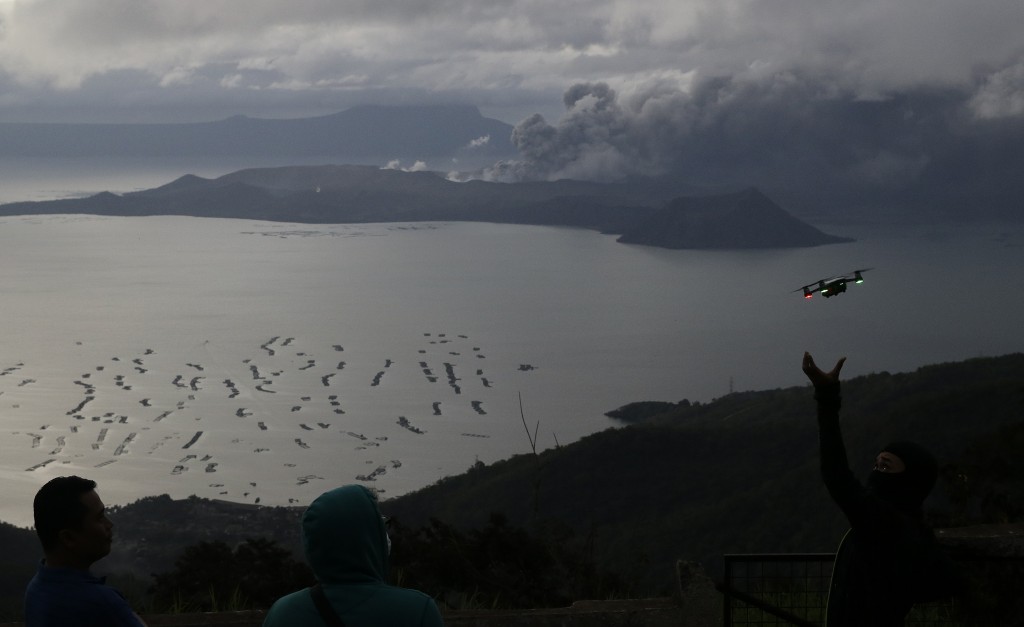 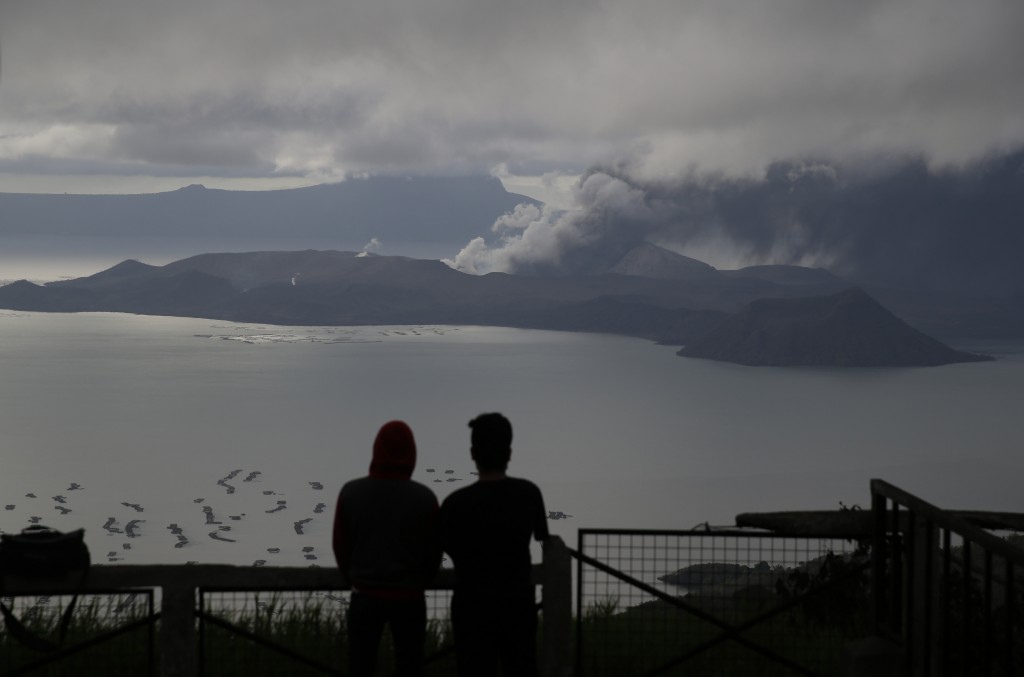 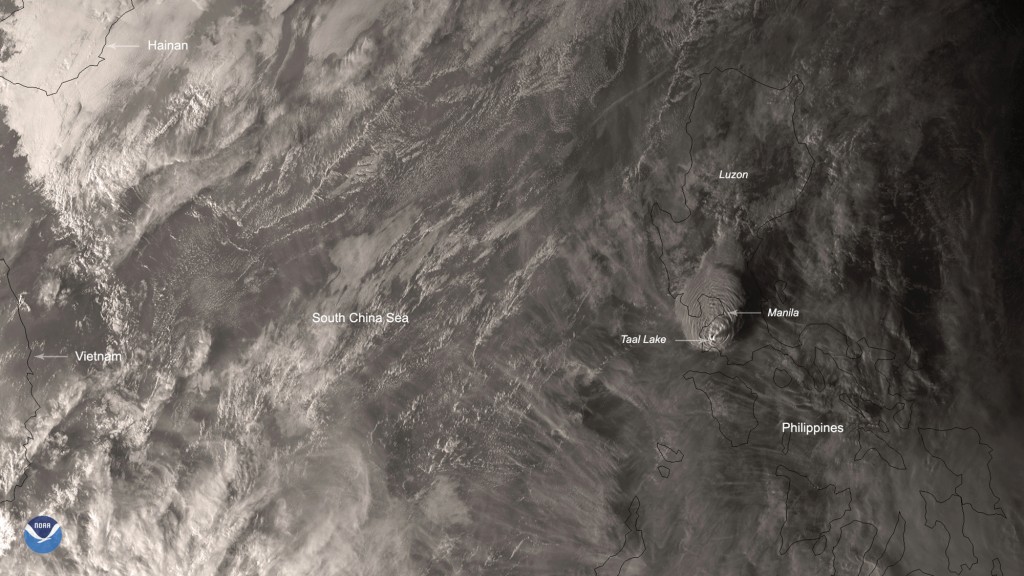 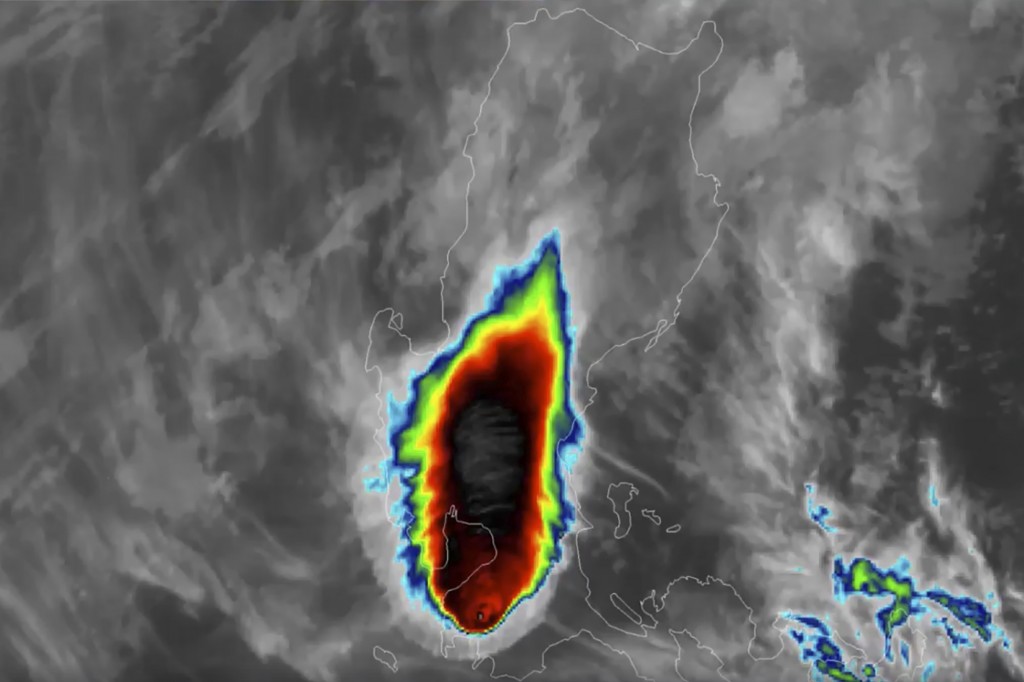 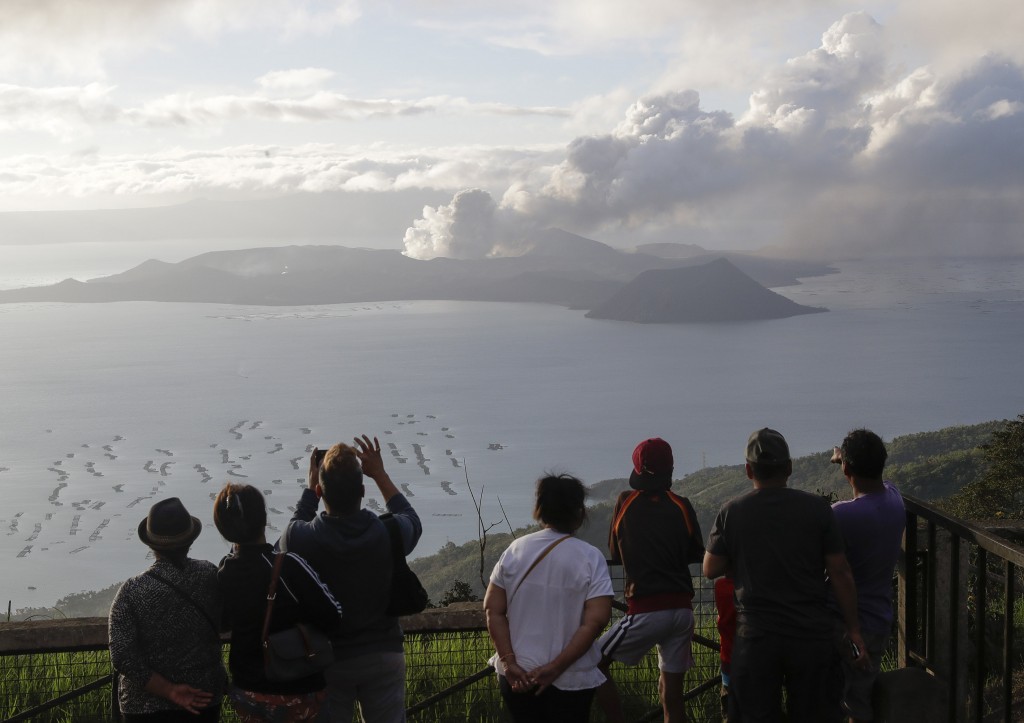 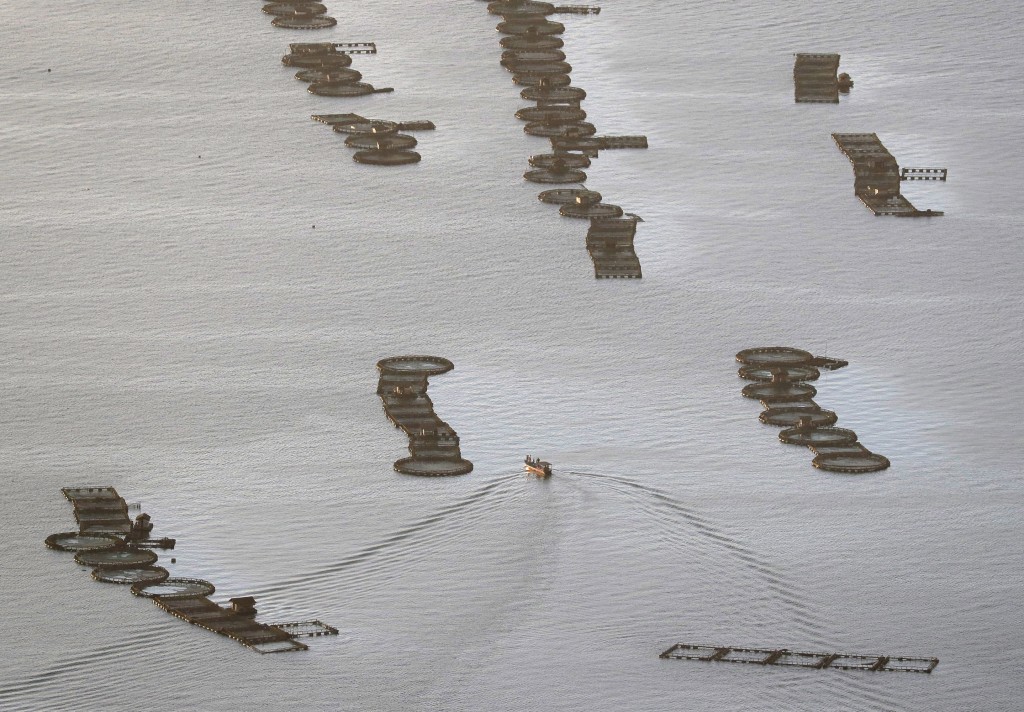 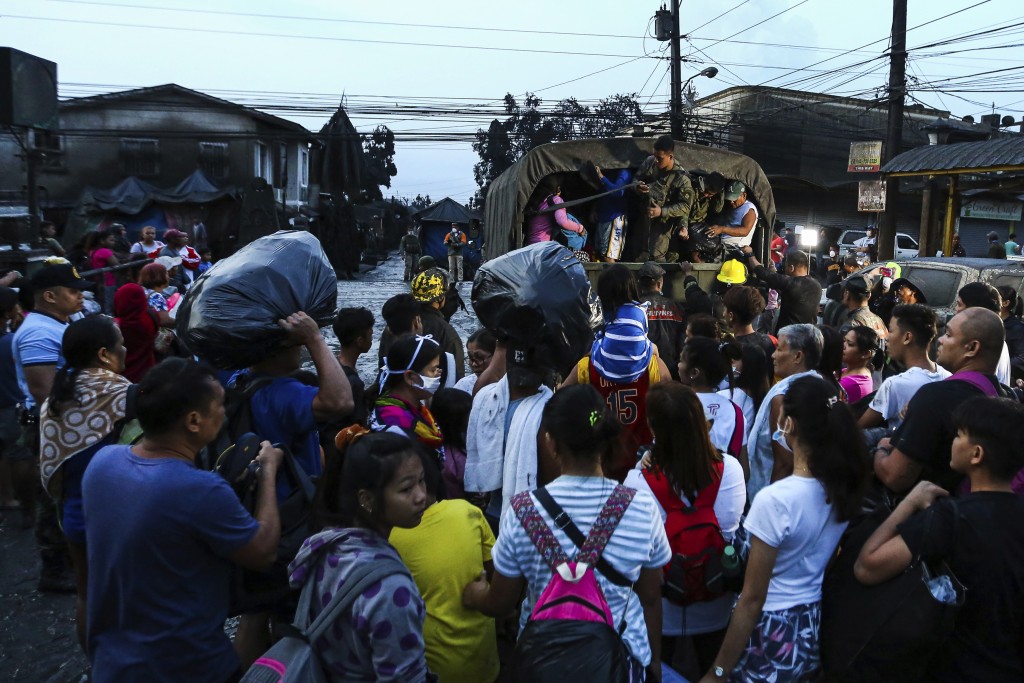 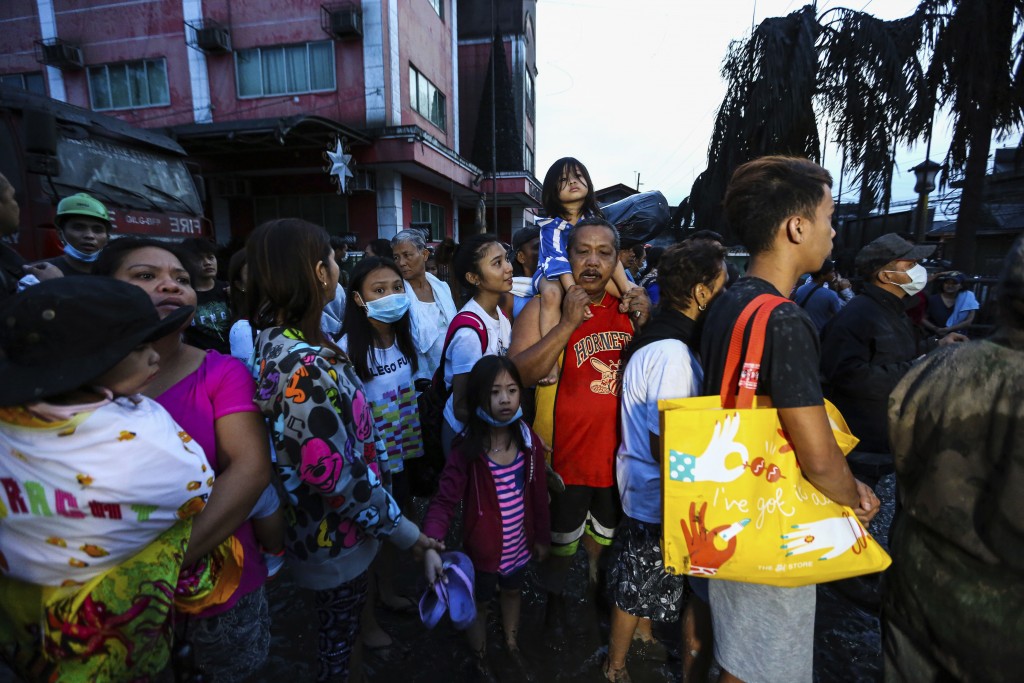 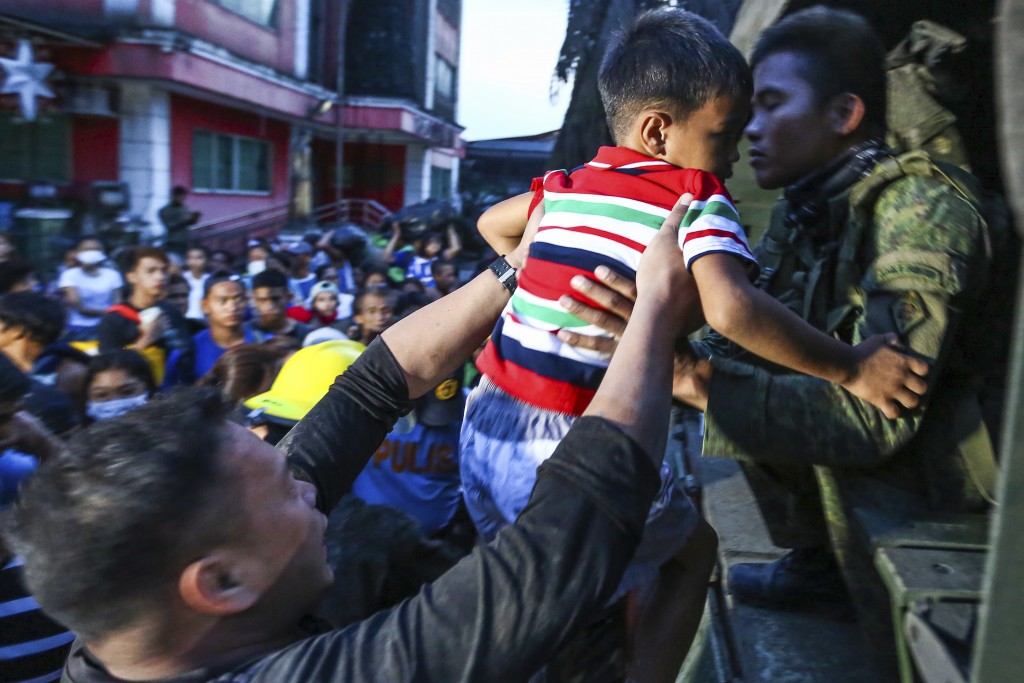 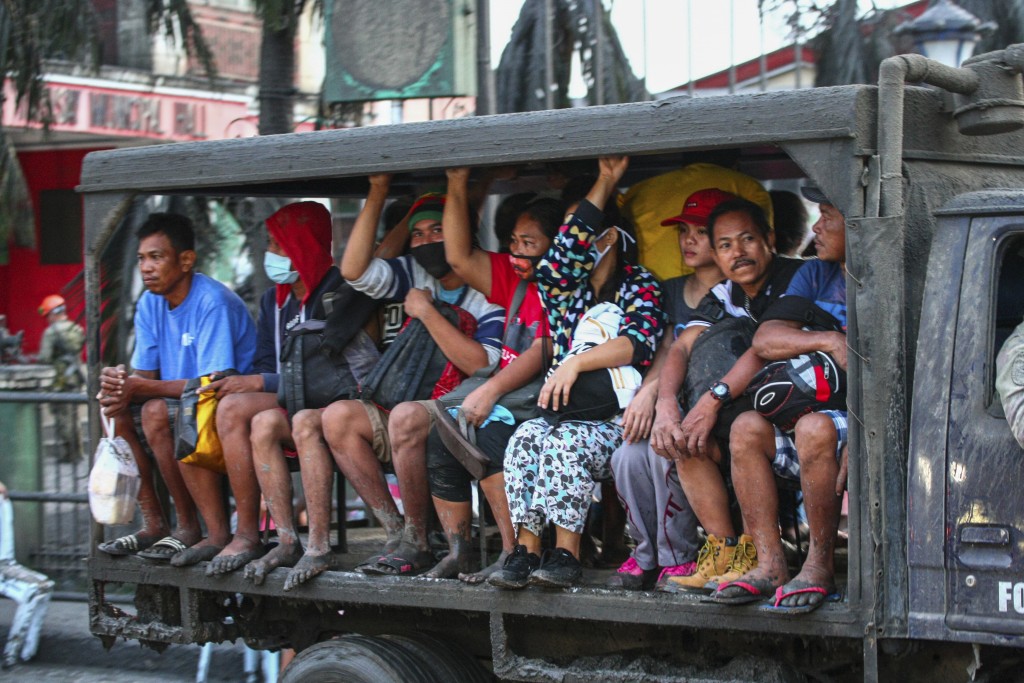 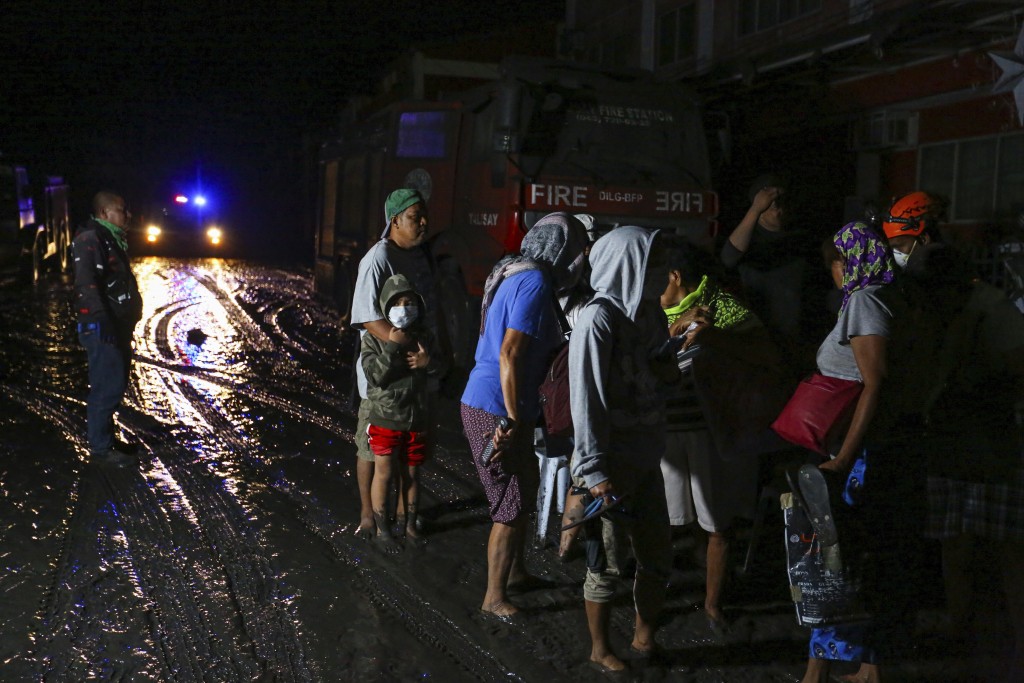 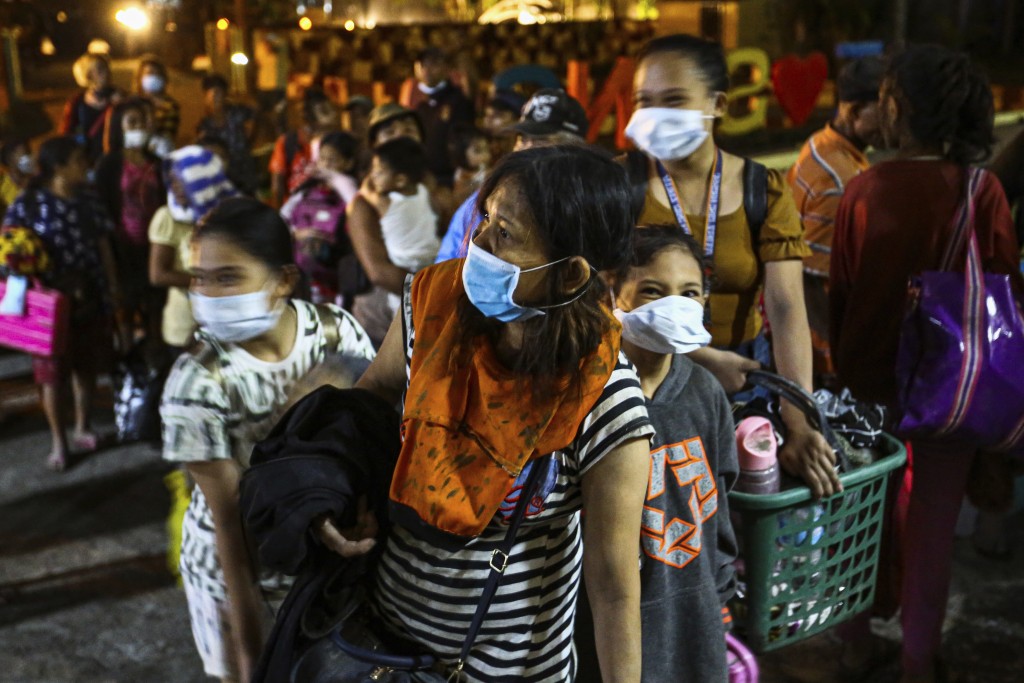 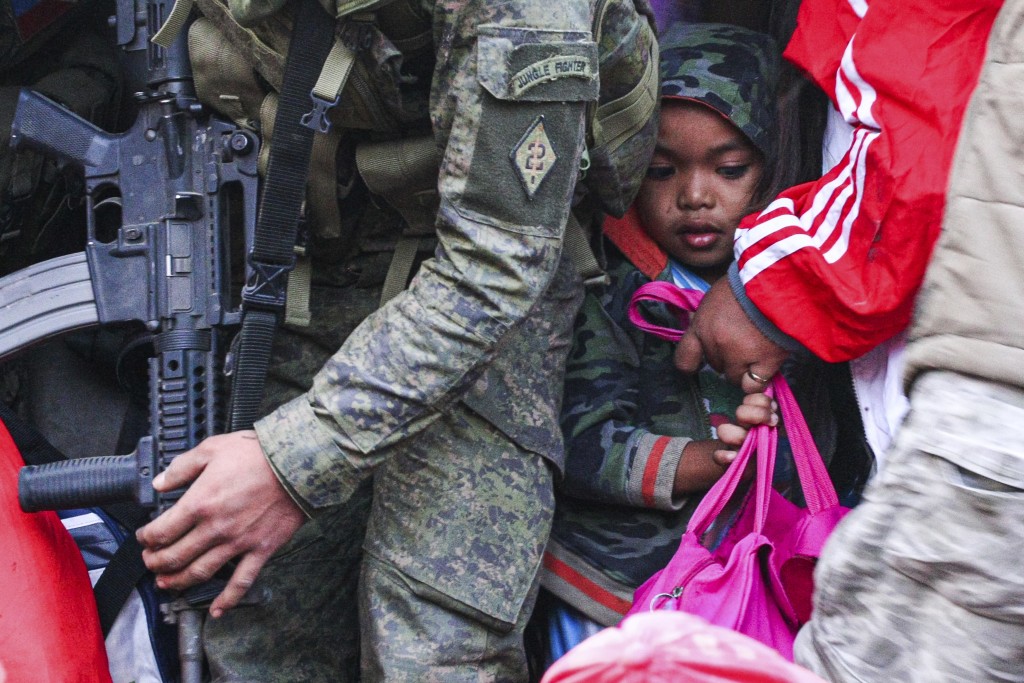 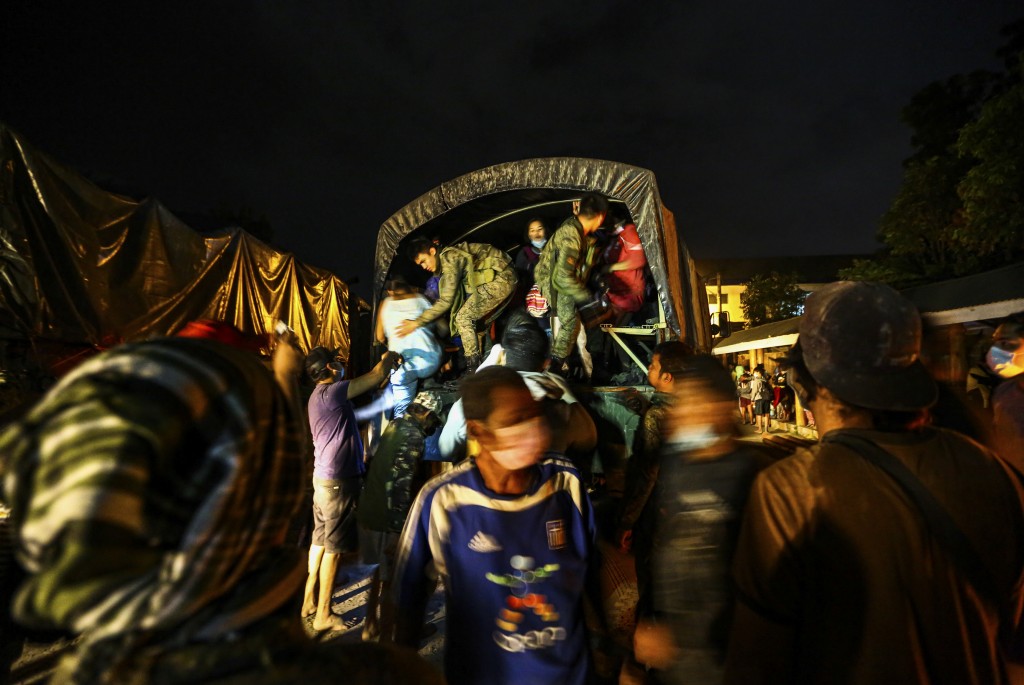 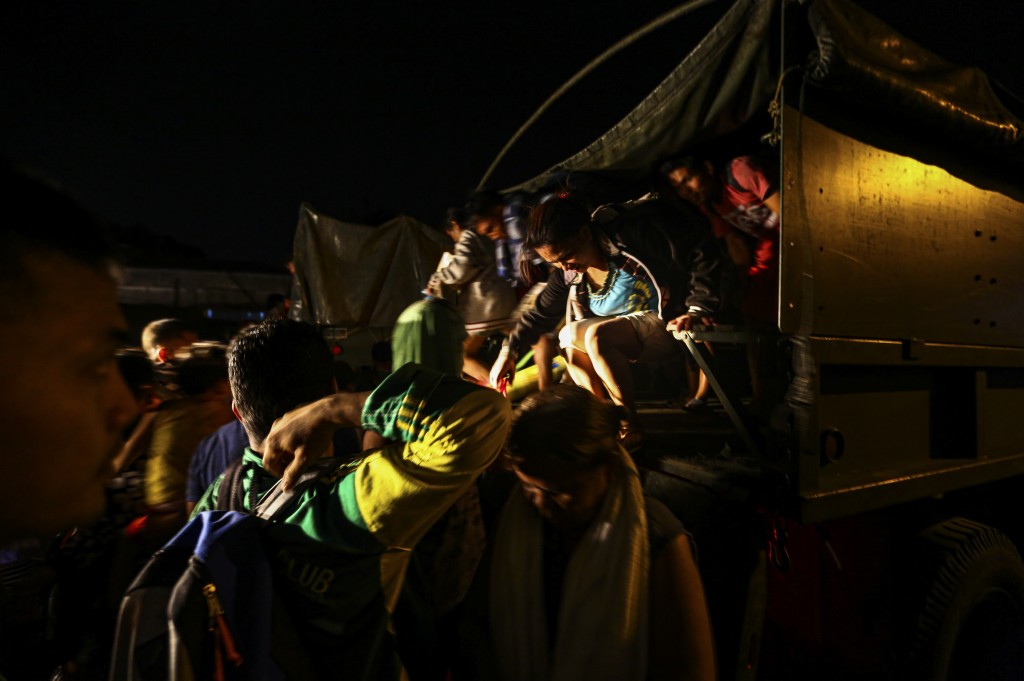 TAGAYTAY, Philippines (AP) — A volcano near the Philippine capital spewed lava, ash and steam and trembled constantly Tuesday on the third day of an eruption that could portend a much bigger and dangerous eruption, officials warned as tens of thousands of people fled ash-blanketed villages in the danger zone.

The continuing restiveness of the Taal volcano after it rumbled to life Sunday indicates magma may still be rising to the crater, the Philippine Institute of Volcanology and Seismology said. It raised the alert level to 4, indicating a hazardous eruption is possible in hours to days. Level 5, the highest, means such an eruption is underway.

The volcano was spurting fountains of red-hot lava 500 meters (1,640 feet) into the sky with dark-gray plumes of ash-laden steam that reached 2 kilometers (more than 1 mile) high. The massive volcanic column at times flashed with streaks of lightning.

More than 200 earthquakes have been detected in and around Taal, 81 of which were felt with varying intensities. “Such intense seismic activity probably signifies continuous magmatic intrusion beneath the Taal edifice, which may lead to further eruptive activity,” the volcanology institute said.

The picturesque volcano in the middle of a lake in Batangas province south of Manila rumbled to life Sunday in a powerful explosion that blasted a 15-kilometer (9-mile) column of ash, steam and pebbles into the sky. Clouds of volcanic ash blowing over Manila, 65 kilometers (40 miles) to the north, closed the country's main airport Sunday and part of Monday until the ashfall eased.

The government’s disaster-response agency counted more than 30,400 evacuees in Batangas and nearby Cavite provinces. Officials expected the number to swell.

Government work was suspended and schools closed in a wide swath of towns and cities, including Manila, because of the health risks from the ash. The eruption has not directly caused deaths or major damage. The death of a driver in a crash on an ash-covered road was linked to slippery conditions.

The small island where the 1,020-foot (311-meter) volcano lies has long been designated a “permanent danger zone,” though fishing villages have long existed there. Those villages were all evacuated, though volcanology officials have called for a total evacuation of endangered communities within a 14-kilometer (8.7-mile) radius of Taal.

Taal's last disastrous eruption, in 1965, killed hundreds of people. It is the second-most restive of about two dozen active volcanoes in the Philippines, which lies along the Pacific “Ring of Fire,” where most of the world's seismic activity occurs.

A long-dormant volcano, Mount Pinatubo, blew its top north of Manila in 1991 in one of the biggest volcanic eruptions of the 20th century, killing hundreds of people.

Gomez reported from Manila. Associated Press journalists Kiko Rosario in Manila and Aaron Favila in Tagaytay contributed to this report.