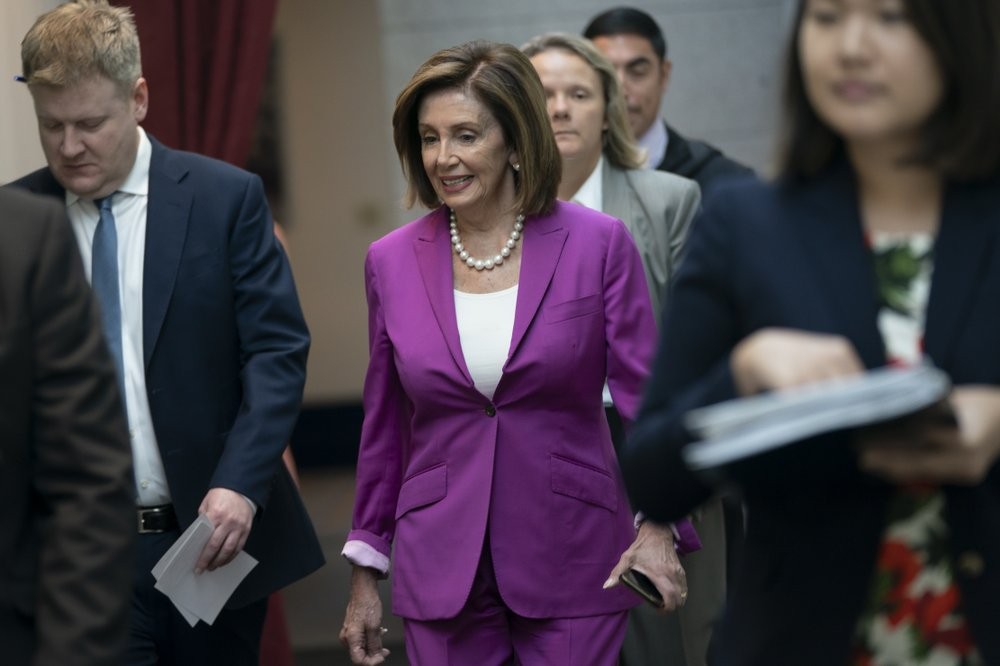 TAIPEI (Taiwan News) – Speaker of the U.S. House of Representatives Nancy Pelosi has offered her congratulations to President Tsai Ing-wen (蔡英文) on her re-election, via a statement on Tuesday (Jan. 14).

“On behalf of the United States House of Representatives, I congratulate Dr. Tsai Ing-wen and the Taiwanese people on this momentous election,” said Pelosi. “The United States looks forward to further strengthening our firm partnership and friendship with Taiwan, as we work together to defend human rights and dignity in the region and throughout the world.” Saturday’s election saw a record number of 8.17 million voters cast their ballots in favor of Tsai. The incumbent president of the independence-leaning Democratic Progressive Party (DPP) defeated her main opposition challenger Han Kuo-yu (韓國瑜), from the Kuomintang, by an 18.5 percent margin.

Han, mayor of Kaohsiung who favors closer ties with China, received only 5.5 million votes. The result is seen by analysts as strong opposition by the Taiwanese to Beijing’s increasing coercion and pressure on the island in military and diplomatic spheres, among other areas.

It is also considered a vote against the proposed “one country, two systems” model for Taiwan, laid out by China’s leader Xi Jinping (習近平) in his 2019 New Year’s address, amid pro-democracy protests in Hong Kong against Beijing’s encroachment.

“Last weekend, the people of Taiwan cast their ballots for liberty, human dignity and democratic government,” said the speaker. “All freedom-loving people have been inspired by the courage of the millions of Taiwanese who proudly reaffirmed their commitment to a free, open and democratic society,” she added.

In addition to the house speaker, a number of U.S. senators and representatives, including Senator Cory Gardner, Marco Rubio, and Representative Ted Yolo, have also congratulated Tsai on her victory — despite protestations from Chinese officials.