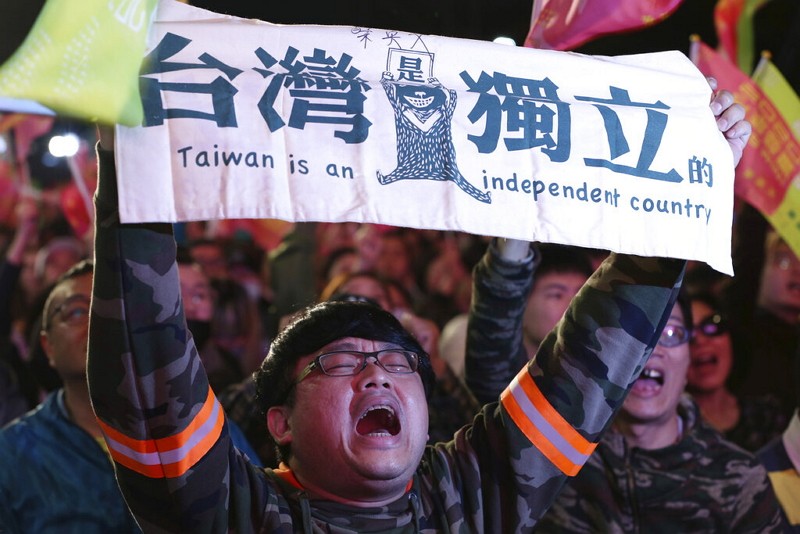 A member of the People First Party (PFP), which seeks cozy ties with China, Huang said in a Facebook post she believes the ruling Democratic Progressive Party (DPP) has China to thank for the election win, after faltering just a year ago. “They just don’t get it!” she said of the communist nation.

“The elections are all about a choice over democracy or authoritarianism,” she reckoned. Taiwan can only choose to side with the U.S. and Japan against Beijing, whose "one China principle" and "one country, two systems” models are unacceptable to most Taiwanese.

With the looming threat of an increasingly powerful neighbor, Taiwan has to exercise the wisdom of a small country, which is to maintain an amiable relationship and do business with the noisy neighbor, Huang noted. “However, you can’t meddle with the way I’d like to live, or I will have to pull a gun on you and defend my right to survive.”

Tsai Ing-wen of the DPP won a fresh mandate in a landslide victory with 8.17 million votes, the most for any candidate since the first direct presidential election in 1996. Many believe her win was due to unrelenting pressure from Beijing and the uprising in Hong Kong that made unification with China seem even more undesirable.

China has ratcheted up efforts to constrict Taiwan’s international space, peel away its diplomatic allies, and sail aircraft carriers through Taiwan Strait as intimidation. It has also weaponized tourism by banning solo travel to Taiwan, and engaged in covert operations and misinformation warfare to interfere with the elections.