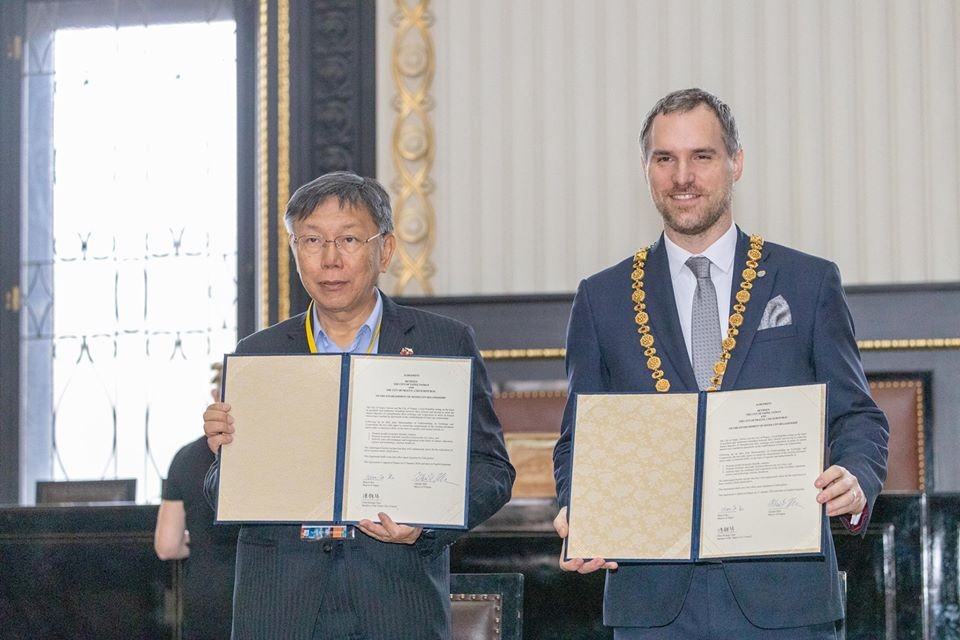 TAIPEI (Taiwan News) — Prague formally signed a sister city agreement with Taipei in the Czech capital on Monday (Jan. 13), three months after scrapping a similar deal with Beijing over its "one China policy."

The deal was signed by Taipei Mayor Ko Wen-je (柯文哲) and Prague Mayor Zdenek Hrib in the Czech capital's Old Town Hall. The agreement includes cooperation in the fields of economy, business, science, technology, tourism, education, health care, and culture, among others.

Ko revealed in December last year that Prague Zoo will receive pangolins from Taipei Zoo as part of the new sister city agreement. Hrib added that as part of the new pact, Prague will send students to Taipei to study Chinese and also learn from Taiwan's experience of digitizing healthcare and operating its Mass Rapid Transit (MRT) system. On Monday, Ko announced on his Facebook page the two cities will sign a smart city cooperation agreement as well. Hrib said the two cites can inspire each other as they share "the democratic values, the respect for basic human rights and cultural freedoms," reported AP.

Since Hrib was elected to office in 2018, the mayor, who served as an intern at a Taiwan hospital before embarking on a political career, has raised hackles in Beijing for openly supporting Taiwan and defying Beijing's "one China policy." Hrib ultimately chose to break a sister city agreement with the communist capital because it forced Prague to "speak out against the independence of Tibet and Taiwan," reported AFP.

Following Prague's suspension of sister city relations with Beijing in 2019, Communist China canceled the performances of four Czech musical groups. Jaroslav Kubera, speaker of the Czech Senate, then attended the National Day reception held by the Taiwan representative office in October 2019, triggering protests from the Chinese ambassador to the Czech Republic. In the article, “Why we fly the Tibetan flag over Prague City Hall,” published by The Washington Post on Dec. 23, Hrib declared China to be “an unreliable business partner” that would breach deals already made with other countries for its political agenda. The mayor said Beijing had promised €10 billion worth of investment in the central European nation following policy modifications on the part of the Czech government — but the promise had not been realized.

Hrib has also criticized his own government for "neglecting" the ideals of the 1989 Velvet Revolution that put an end to four decades of communist reign over the Czech Republic. Hrib said he is working to return the city to a path of "respect for democracy and human rights," which he said are core values of the Velvet Revolution that "the current leadership of our republic is neglecting," reported AFP. Ko's signature in guest book which reads, "Friendship that lasts through thick and thin."(Facebook/Ko Wen-je photo) 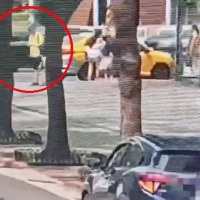