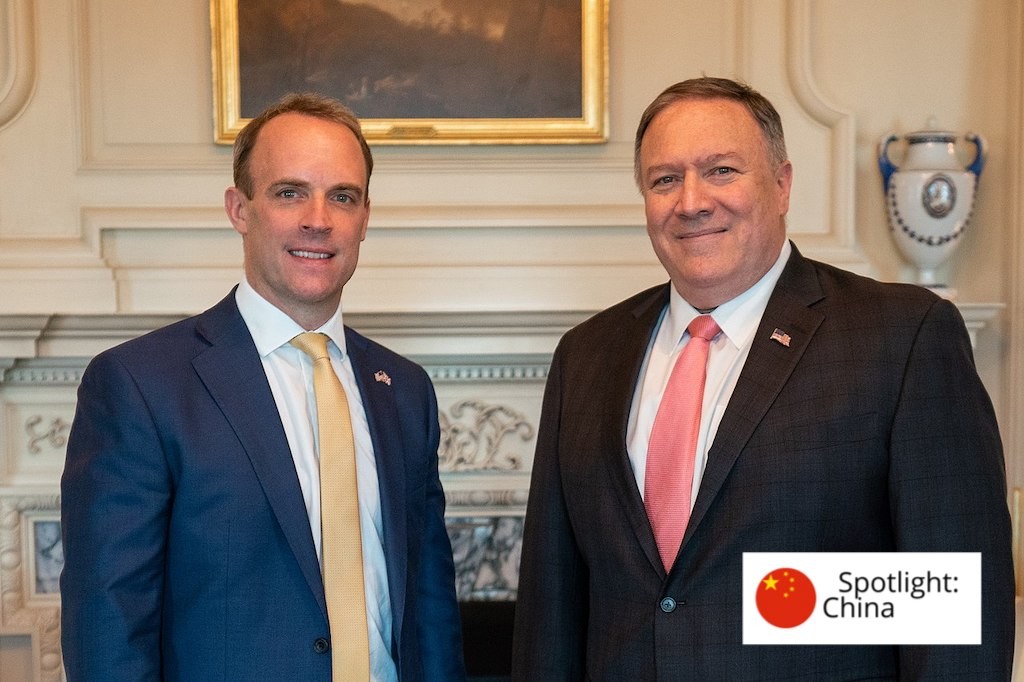 Kaohsiung (Taiwan News) — Campaign group Spotlight:China has written to British Foreign Secretary Dominic Raab and urged him to use Tsai Ing-wen’s (蔡英文) landslide election victory as a platform to improve relations between the two countries.

Raab was one of more than 60 world leaders to offer their congratulations to Tsai on her victory, alongside U.S. Secretary of State Mike Pompeo, former Vice-President Joe Biden, and Japanese Foreign Minister Motegi Toshimitsu.

In his statement, Raab heaped praise on Taiwan’s “vibrant democracy” and complimented the “smooth running” of the election. He also expressed his hope for “renewed dialogue” between Taiwan and China “to resolve differences and build constructive relations.”

Spotlight: China Executive Director David Spencer, who also writes a regular column for Taiwan News, thanked Raab for his endorsement of Taiwan’s democracy. He also drew attention to Tsai’s victory speech in which she indicated a willingness to engage with Communist China, but not at the expense of Taiwanese sovereignty and identity.

The letter noted that as Raab was a leading proponent of Brexit in the U.K. and a staunch advocate of returning sovereign powers from Brussels to Westminster, this is a stance that he should understand. Spencer went on to highlight China’s insistence on recognition of the so-called "1992 consensus" as a pre-requisite for talks, explaining the significant flaws in this and the "one China policy" to which the U.K. is currently wedded.

He urged Raab to review the U.K.’s position on recognition of the "one China policy" alongside the U.S. and other democratic countries. He suggested that Tsai’s emphatic election victory presented an ideal opportunity for western countries to shift their stance on this issue.

The letter also noted that as the U.K. prepared to leave the European Union and began to assert its own views on the global stage once more, it was an opportunity for the U.K. to stand up for the values that the U.K. and Taiwan share.

Noting what an important strategic ally Taiwan was for western countries, the letter urged Raab to have, “The courage and moral fortitude to stand up to the People’s Republic of China on issues like Taiwan, Hong Kong, and the appalling abuse being perpetrated on Uighur Muslims in East Turkestan.”

Spencer ended the letter with an open invitation to Raab to visit Taiwan and experience “this beautiful and enigmatic country and its people” as well as its “vibrant democracy” for himself.

Having worked with Raab during a stint as an aide in the British Parliament, he is hopeful this personal relationship might tempt the foreign secretary to visit Taiwan. He would be following in the footsteps of recent visits by George Hollingbery, formerly the U.K.'s Minister of State for Trade Policy, and Lord Faulkner, the former Prime Minister’s trade envoy, as well as regular delegations of parliamentarians from the British-Taiwanese All-Party Parliamentary Group.

David Spencer told Taiwan News: “I know from personal experience what a principled politician and committed democrat Dominic Raab is."

"With the UK about to step out of the EU’s shadow and Taiwan making such a strong statement about its future in the recent election, it is the ideal opportunity for Dominic to work with colleagues in the USA and elsewhere. A democratic Taiwan is as important to the rest of the world as it is to people here and the time is right for people like Dominic to take up that fight.”

Spotlight: China is a newly formed organization that is committed to highlighting the hidden and often malign influence that Communist China has on British and European Affairs. China’s undue influence on the British education sector and the role of Huawei in the U.K.’s new 5G network are the focus of some of its initial research.