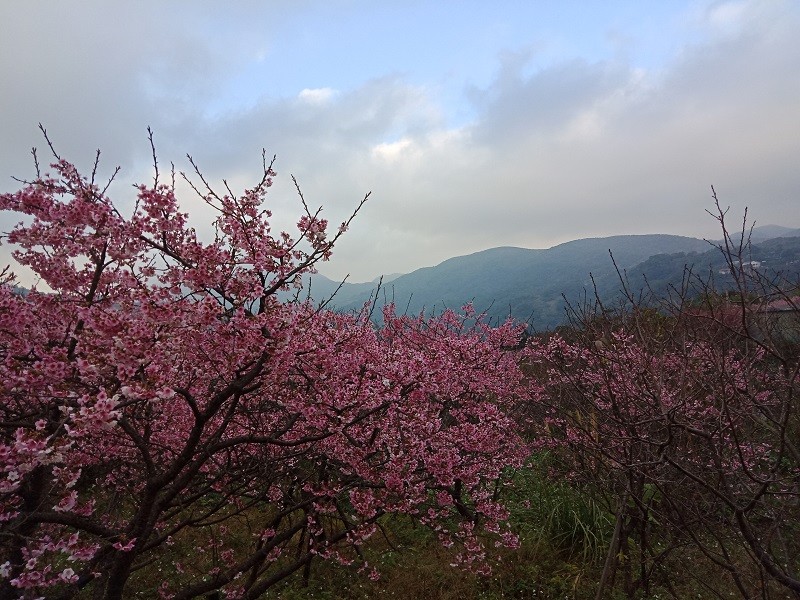 TAIPEI (Taiwan News) — Taipei residents should make the most of the short cherry blossom season and hike a historic trail along a century-old irrigation ditch in Shilin District.

Cherry blossoms are currently in full bloom along Lane 42 of Pingjing Street (平菁街). To get there, take Taipei City Bus 303 from MRT Jiantan Station to Lunziwei stop (倫仔尾).

While admiring the blossoms, look for an alley marked by a wooden sign directing visitors to Gongping Bridge (公平橋). The alley entrance is the trailhead for Gouyingqin Historic Trail (狗殷勤古道), which for the most part runs along the picturesque irrigation ditch.

After passing the wonderful display of blossoms, the trail goes down some long stairs flanked by tall and thick bamboo trees on either side to reach Gongping Bridge. A pavilion can be seen in front of the bridge, under which is Qingxue Creek.

As the trail at this point is situated at about the same level as the riverbed, it is easily accessible and rather photogenic.

The irrigation ditch built in 1846 takes in water from a spot on the other side of the bridge and goes along the mountainside for 3 kilometers. Abundant tall trees and shrubs flank the mountain and provide cool shade for the trail walk.

Not far from the bridge, an earth god temple made of simple stones can be seen on the side of the trail. The trail and ditch snake toward Yangde Boulevard (仰德大道), and the latter part of the trail is parallel to Yonggong Road (永公路) with connecting lanes between them. At Yonggong Road is the S16 bus, to go home or head somewhere else. Visitors can also head to Yangde Boulevard to take a bus or hike back to Pingjing Street.