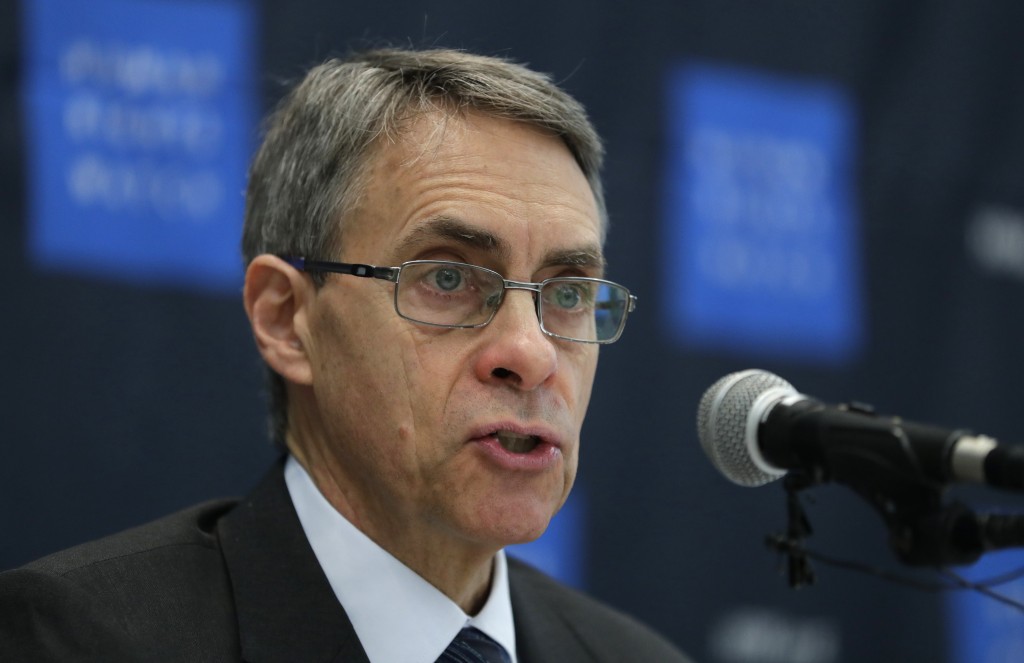 BEIJING (AP) — China said Monday it barred the head of the internationally renowned organization Human Rights Watch from entering Hong Kong due to the group's support for the territory's ongoing protest movement.

Groups such as Human Rights Watch were responsible for the current unrest in Hong Kong, and “deserve sanctions and must pay a price," Geng told reporters at a daily briefing.

Kenneth Roth, Human Rights Watch's executive director, had planned to launch the organization's annual world report in Hong Kong this week but was barred from entering on Sunday and put on a flight back to the United States.

Roth said in video posted to his Twitter account that the report's focus is China's efforts to “deliberately undermine the international human rights system."

China pledged last month to sanction organizations that it said “performed badly" in relation to anti-government protests that have roiled Hong Kong for more than seven months. The National Endowment for Democracy and Freedom House were among the other groups cited for sanctions.

Mass demonstrations underpinned by distrust of China's ruling Communist Party began in Hong Kong in June. Protesters rallied initially against a bill that could have seen criminal suspects sent to face trial on the mainland. Although the legislation was later withdrawn, protesters'demands expanded to include calls for universal suffrage and an independent inquiry into alleged police brutality.

A former British colony, Hong Kong was handed over to Chinese rule in 1997 with a guarantee that it could retain its own political, legal, economic and social freedoms under the rubric of “one country, two systems." But protesters say their liberties have been steadily eroding under Chinese President Xi Jinping, who has increasingly tightened one-party authoritarian communist rule on the mainland.

Roth has visited Hong Kong numerous times and he said this is the first time he has been denied entry. The last time he visited the city was in April 2018 to hold a press conference about Human Rights Watch's report on gender discrimination in the Chinese job market.