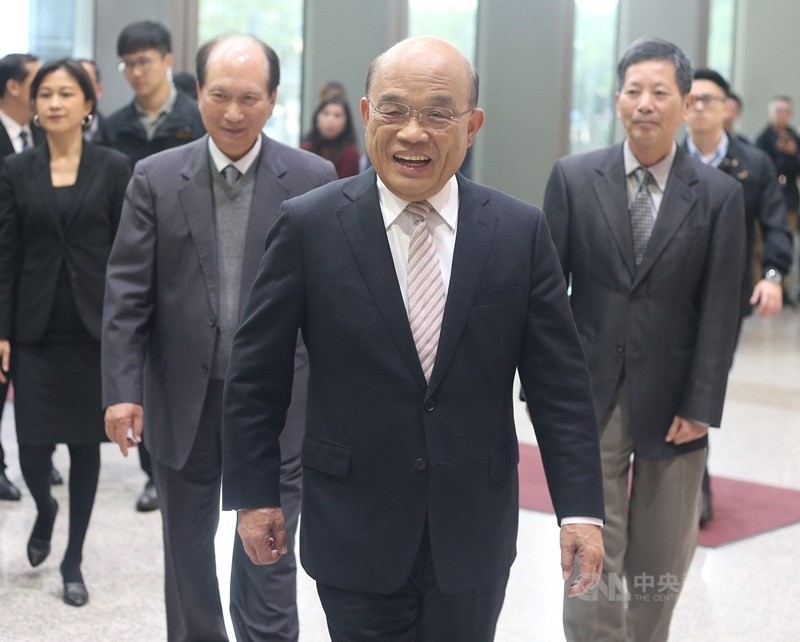 TAIPEI (Taiwan News) — Taiwanese Premier Su Tseng-chang (蘇貞昌) will continue to lead the Cabinet following a landslide victory for the ruling party, according to the Presidential Office on Monday (Jan. 13).

The premier joined Cabinet ministers in tendering their resignations on Monday after Saturday's elections to honor a long-accepted constitutional tradition regardless of the election result.

Incumbent President Tsai Ing-wen (蔡英文) and her ruling Democratic Progressive Party (DPP) won landslide victories in the presidential and legislative elections. Tsai garnered more than 8 million votes, a new record since direct presidential elections began in 1996, putting her more than 2.5 million votes ahead of her Kuomintang (KMT) rival Han Kuo-yu (韓國瑜). The DPP retains a majority of 61 out of 113 seats in the Legislative Yuan.

With the strong mandate, Tsai is said to have requested that Su stay on the job, and Su accepted the offer.

In her victory speech Saturday night, Tsai thanked Su for his year-long effort to lead the administration to overcome internal and external challenges against a backdrop of changing situations, as well as the U.S.-China trade war, and said she looks forward to adaptability and stability under Su's leadership in the years to come.

In 2006, Su was appointed as the country's premier by then-President Chen Shui-bian (陳水扁), and he resigned from the job in 2007 to join DPP candidate Frank Hsieh (謝長廷) as his running mate in the 2008 presidential election. In January 2019, the political veteran succeeded William Lai (賴清德) as premier after the ruling party suffered huge defeats in the November 2018 local elections. 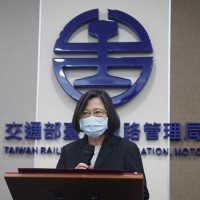 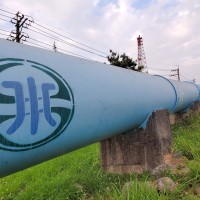