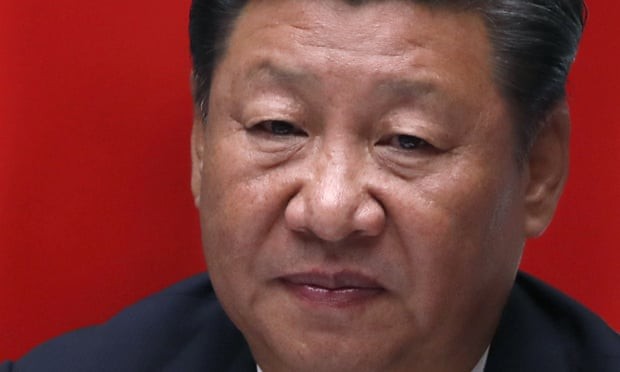 TAIPEI (Taiwan News) — After more than 60 countries sent messages of congratulations to Taiwanese President Tsai Ing-wen (蔡英文) after her landslide victory in the 2020 election, China cried foul, claiming that their actions violated the "one-China" principle.

The country held its 15th presidential election and 10th legislative elections on Saturday (Jan. 11). According to the final result from the Central Election Commission (CEC), Tsai and her running mate William Lai (賴清德) won the presidential race with a record-breaking 8,170,186 votes, or 57.13 percent, while their Kuomintang (KMT) opponents Han Kuo-yu (韓國瑜) and Simon Chang (張善政) received almost 3 million fewer votes.

The Ministry of Foreign Affairs (MOFA) told the media Sunday (Jan. 12) that officials from more than 60 countries had greeted Tsai by phone call and email, including U.S. Secretary of State Mike Pompeo and Japanese Foreign Minister Motegi Toshimitsu. In a released statement, Pompeo congratulated Tsai on her well-deserved win and praised Taiwanese voters for demonstrating the spirit of democracy.

When asked to respond on that day to the greetings sent by senior officials from countries such as the U.S., the UK, and Japan, Communist China's Foreign Ministry Spokesman Geng Shuang (耿爽) used the diminutive term "Taiwan region" to refer to Taiwan and said the matter was a "sub-national affair in China."

He then said the communist regime "firmly oppose those countries’ violation of the 'one-China' principle" by offering the congratulations and "lodged solemn representations."

Geng went on to say that Beijing opposes any official relations between "the Taiwan region" and countries that have diplomatic ties with Communist China. He then admonished those countries to abide by the "one China" principle and deal with Taiwan-related issues "properly and with caution" to avoid sending the wrong message to "Taiwan independence forces."

At 11 p.m. on Saturday evening, China’s Taiwan Affairs Office (TAO) issued a terse statement in which it reiterated its rhetoric about the tattered "one country, two systems framework" and adhering to the "1992 Consensus," expressing its opposition to "Taiwan independence" despite the fact that Taiwan has never been a part of Communist China.

In the press release, TAO spokesman Ma Xiaoguang (馬曉光) began by parroting the standard line about "one country, two systems" and "one China" and warned against any act of "Taiwan independence."

"Our political policy toward Taiwan is clear and consistent. We adhere to the basic principles of 'peaceful unification and one country, two systems' and 'one China.' We will resolutely safeguard China's sovereignty and territorial integrity, resolutely oppose any plot or act of "Taiwan independence," and resolutely promote the interests and well-being of Taiwan compatriots."

Ma then struck a more conciliatory note by saying that the peaceful development of cross-strait relations is the right way to promote common development and benefit compatriots on both sides of the strait and that it requires the joint effort and promotion of compatriots on both sides. Ma then painted a utopian vision of a "united" Communist China based on the disputed 1992 Consensus:

"We are willing to work with Taiwan compatriots to promote the peaceful development of cross-strait relations, enhance the process of peaceful reunification of the motherland, and jointly create a bright future for the great rejuvenation of the Chinese nation on the basis of the common political foundation of adhering to the 1992 Consensus and opposing Taiwan independence."

In an op-ed on Sunday, China's state-run media mouthpiece Xinhua blamed Tsai and the Democratic Progressive Party (DPP) for using "dirty tactics such as cheating, repression and intimidation to get votes," which it claimed exposed "their selfish, greedy, and evil nature." In a Chinese language op-ed, Xinhua accused Tsai of buying votes and blamed the election results on "external dark forces."