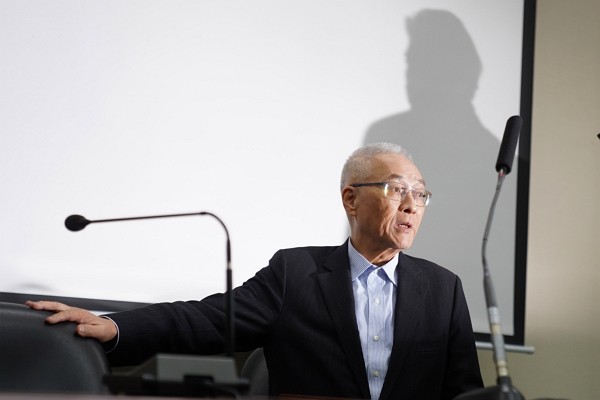 TAIPEI (Taiwan News) — Voices have emerged from within the Kuomintang (KMT) to demand that the party's chairman, Wu Den-yih (吳敦義), be replaced following blowout losses in Saturday's (Jan. 11) elections.

The ruling Democratic Progressive Party (DPP) retains its majority in the Legislative Yuan with 61 seats, while the KMT was only able to secure 38. Many of the party's legislative candidates suffered great loss in local districts, including some well-known strongholds of the pan-blue coalition.

Partially impacted by KMT presidential candidate and Kaohsiung Mayor Han Kuo-yu's (韓國瑜) abandonment of his city, the party's legislative nominees lost every constituency in both Kaohsiung and Tainan. Many of them, including former KMT Chairwoman Hung Hsiu-chu (洪秀柱), blamed Wu for their defeat, reported UDN.

Hung claimed that the KMT's losses in the 2020 elections had been inevitable from the beginning due to controversial remarks made about women by some members of the party, including Wu. She added that both Han and Wu have to take responsibility for the defeats and that the party has to be reassembled to regain support from the Taiwanese voters.

Wu told the media Saturday that he plans to step down along with his entire leadership team on Wednesday (Jan. 15), but that it is up to the KMT Central Standing Committee (CSC) to decide if he should stay. A few members of the CSC have said anonymously that they have no desire to keep Wu around and that postponing his resignation would only attract more criticism.