TAIPEI (Taiwan News) – The member of the Green Party Taiwan (GPT) Wang Hau-yu (王浩宇) announced his leave from the party on Saturday (Jan. 11) after the GPT failed to enter the legislature in the 2020 Taiwan legislative election, placing a cloud on the party's uncertain future.

GPT acquired 341,465 votes in the legislative election finished on Saturday, accounting for 2.41 percent of the poll – the party will neither win the seats nor receive the government subsidies to the parties overpassing the 3 percent threshold. For this, Wang, as a member of the GPT's central executive committee, took responsibility for the failure and quit the party.

Last year, GPT had split with the Social Democratic Party (SDP), its former coalition partner, and decided to join the election independently. It finally received the party's historical high votes in this election, whereas its overall share in the poll dropped from the previous 2.52 percent, resulting from the increasing number of competitors this time around.

In a Facebook video titled "What will you do if your party is dying?" published after his departure announcement, Wang declared he was the one who helped the party to survive at its trough by paying the rents and salaries for the office and defended himself again for leading the party toward the "green" camp since 2018.

He explained the rebranding of the GPT was risky but indispensable because it was sinking in debts after the coalition with the SDP after 2016. Since 2018, the party has begun emphasizing its position on the political spectrum as a defender of Taiwan's sovereignty and supported the re-election of the current president Tsai Ing-wen (蔡英文).

"However, when the Democratic Progressive Party (DPP) started campaigning, at the final two days before the election, the poll was against the DPP, and the KMT might acquire half of the seats in the legislature, I knew many voters would cast their votes for the DPP rather than the GPT in the end," said Wang.

Wang ended the video by reiterating his faith in the future growth of the Green Party as long as the party can insist on its new identity while pointing out other parties, like Taiwan People's Party, that avoid the Taiwan sovereignty issue, will never go far in Taiwan's politics. 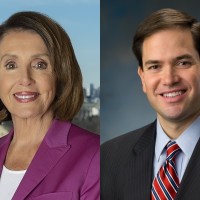