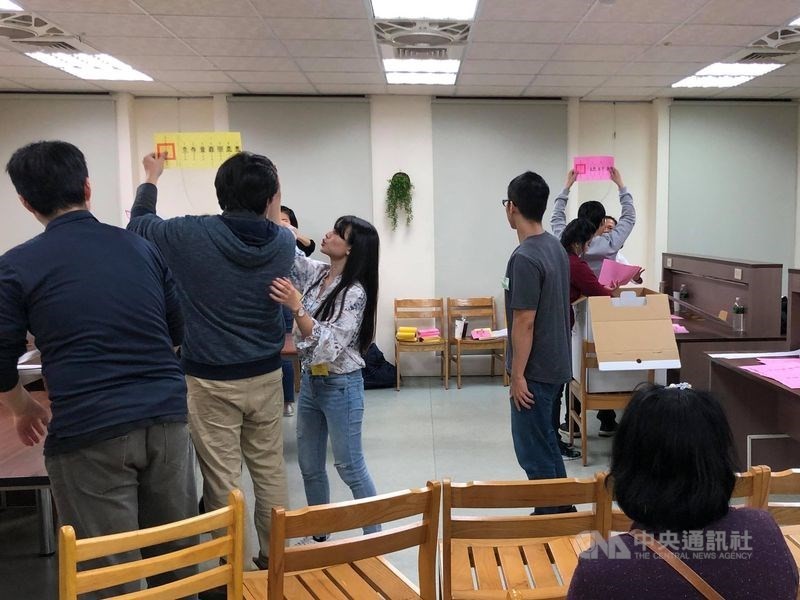 TAIPEI (Taiwan News) — American scholar Kharis Templeman, who came to Taiwan to observe the 2020 presidential and legislative elections, said that witnessing the process of announcing and counting the ballots made him realize that Taiwanese were using their lives to protect democracy, CNA reported on Sunday (Jan. 12).

After voting officially ended, ballot boxes were immediately sealed and then vote counting commenced, he said. The vote-counting process is characterized by announcing the ballots, for example, “a vote for number 2, Han Kuo-yu” and "a vote for number three, Tsai Ing-wen,” which to Templeman sounded like sutras being chanted.

Templeman, a scholar at the National Bureau of Asian Research, said that he was moved every time he watched vote-counting in Taiwan and that it is one of the most unique experiences in Taiwan’s democracy.

The American scholar has visited Taiwan dozens of times for the purpose of academic research and has observed vote counting at polling stations in the country three times over the years.

The act of opening each ballot, calling out the names of the candidates, and raising the ballots high for people of all political affiliations to see was so dramatic in Templeman’s eyes that he said it was as if Taiwanese were using their lives to protect democracy, according to the news agency.

What was a usual routine to the Taiwanese was a touching scene to the American group observing the elections, driving some of its members to tears, said Templeman, who has no connections with the island nation other than the academic research he does there.

The process of announcing each ballot is lacking in the American election system, he said, adding that the whole world can learn something from the transparency and openness of Taiwan’s elections.

He also praised the efficiency of vote counting in Taiwan’s 2020 general elections, noting that the results were announced four to five hours after ballot casting officially ended and that no one questioned the validity of the results, according to the report.

Templeman further stated that the level and quantity of misinformation, rumors, and interventions from Chinese netizens had overshadowed previous elections in Taiwan. However, Taiwan has proved that democracy can overcome fake news, he added.

Templeman said that he believed President Tsai’s re-election would bring stability to the relations between the United States, China, and Taiwan and that Tsai’s policies towards China would be more flexible in the next four year as the pressure to get reelected had been lifted, according to the report.

As for the issue of the Kuomingtang’s (KMT) rejuvenation and the need for reform in the party’s leadership, the American scholar said that the party needed the right person to help the party and that it appeared this person was not Han Kuo-yu.