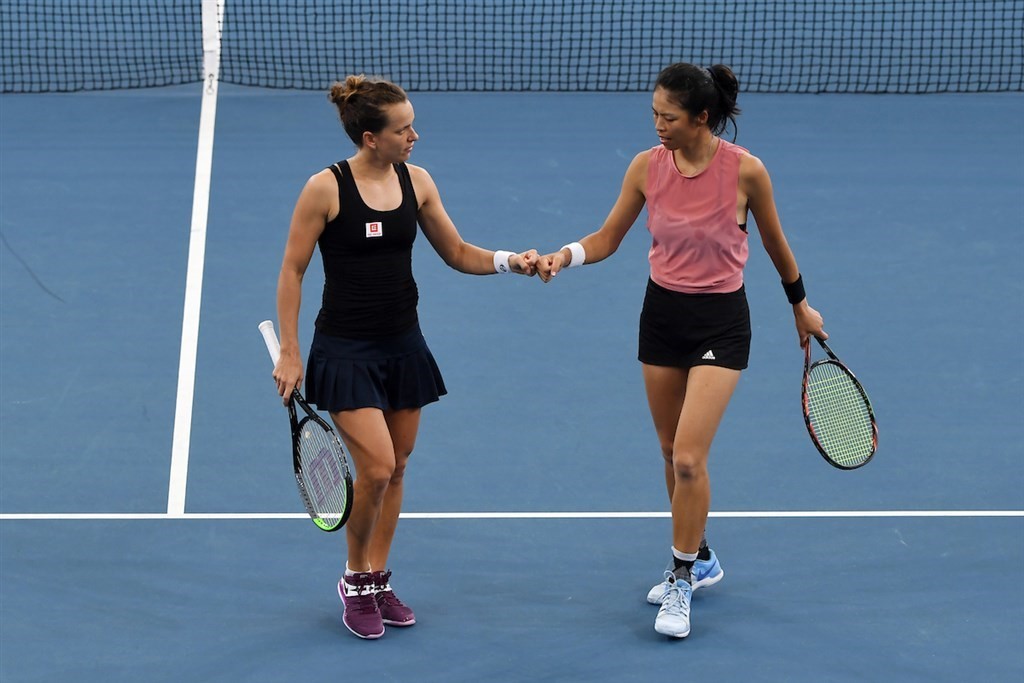 Taiwan's Hsieh Su-wei (謝淑薇) and her doubles partner Barbora Strycova of the Czech Republic won their first trophy of the season at the 2020 Brisbane International Tennis Tournament Sunday.

The reigning Wimbledon champions beat Ashleigh Barty of Australia and Kiki Bertens of the Netherlands 3-6, 7-6(9-7), 10-8 in a gripping match that lasted one hour and 46 minutes.

The top-seeded pair got off to a weak start, trailing 2-4 as their opponents took early control and maintained it through the opening set.

It was only after falling behind 0-2 in the second set that Hsieh and Strycova rallied to even the score and eventually win the tie-break 9-7.

The duo sustained their momentum to race into a 6-1 lead in the deciding first-to-10 super tiebreaker, holding on to win 10-8 and take the title.