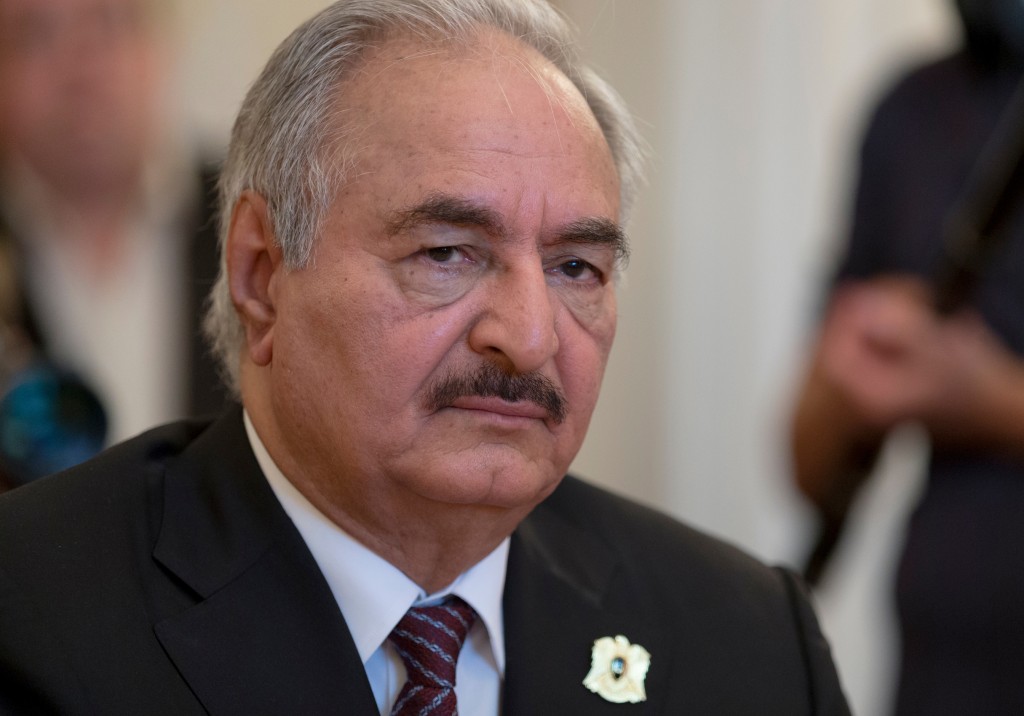 Benghazi, LIBYA (AP) — Libya’s east-based forces have announced that they will abide by a Russia- and Turkey-brokered ceasefire starting Sunday, in a last-minute reversal.

The Libyan Arab Armed Forces, which are led by ex-general Khalifa Hifter, said in a video statement that the ceasefire would take effect starting early Sunday. They said any violations of the ceasefire by their fighters would be dealt with "severely."

Hifter’s eastern-based forces launched a fresh offensive to take the capital in April, sparking a flurry of diplomatic efforts to try to contain the crisis in the North African nation.

Earlier this week, Turkish President Recep Tayep Erdogan and his Russian counterpart Vladimir Putin released a joint statement after a meeting in Istanbul calling for a Jan. 12 truce. They did not specify what the conditions would be.

The calls for a ceasefire between the warring eastern and western Libyan forces came amid a flurry of diplomatic activity by European powers. The west-based government welcomed the calls for a stop to fighting. A spokesman for Hifter’s forces said initially that they would continue their push to take the seat of their rivals, Tripoli, from “terrorist groups.”

The east-based government, backed by Hifter's forces, is supported by the United Arab Emirates and Egypt, as well as France and Russia. The western, Tripoli-based government receives aid from Turkey, Qatar and Italy.

The fighting has threatened to plunge Libya into violent chaos rivaling the 2011 conflict that ousted and killed longtime dictator Moammar Gadhafi.

Both Russia and Turkey have been accused of exacerbating the conflict in Libya by giving military aid to its warring parties.